It was the 1970s, a decade of energy crises, and Ryan Holmes's parents decided to get off the grid. The family bought 40 acres near the small town of Vernon in the British Columbia interior, raised goats and chickens, and drew their water from a well. In the evenings, they read by the light of a kerosene lamp.

When Ryan was in Grade 5, he became obsessed with the computer at the school library. "I fell in love with it. Before school, recess, lunch, after school - as much as I could get." Soon after, he won a district-wide programming contest. First prize: an Apple IIc.

Not yet ready to tap B.C.'s electrical grid, Ryan's dad jury-rigged the new computer to run 12 volts. "Every day I'd come home after school, pop the hood of my mom's car, put alligator clips on the battery, and wire into the house and go play on my computer," recalls Ryan Holmes. "If I used it for too long, I'd wear down the car battery and my mom would be all mad at me the next day."

Today, there are few Canadian executives more plugged in than Mr. Holmes. In a country that has produced few Internet companies of any size, Mr. Holmes has become a force in the hottest new market, the burgeoning field of social media, and his firm, HootSuite Media Inc., is arguably Canada's hottest web startup.

HootSuite makes what it calls a social media dashboard. People can use the software and mobile apps to better manage the torrent of information from online services. Picture a single screen with several columns of Twitter feeds, plus from one LinkedIn and another from Facebook.

Corporations use it, too, to monitor and measure their brand, conduct co-ordinated marketing campaigns - even scout for talent. PepsiCo Inc., for instance, uses HootSuite and its connection with LinkedIn to find talent to fill open jobs. HootSuite has attracted a blue-chip list of clients, from the White House to Fox Broadcasting Co., Dell to Disney. The U.S. Army uses HootSuite as a central point from which to listen to what's being said by people about the military across social media, to engage supporters and critics, and to broadcast its messages.

Over a simple lunch of salad and several cups of coffee at Two Chefs and a Table, a tiny and popular outpost near his office on the ragged streets of Vancouver's rough-hewn Downtown Eastside, Mr. Holmes says HootSuite has elbowed out early competitors. He's the company's largest shareholder and believes $100-million in annual revenue – and $1-billion market valuation – is within reach for his two-year-old company. "We're now the guys to beat," Mr. Holmes says.

Canada has had technology successes - generally in hardware, Nortel Networks and Research In Motion - but has failed to generate household names on the Web. The bar for success is now set low: Startups that attract a takeover offer from foreign buyer are celebrated as a win by the domestic industry. And the dollars involved aren't particularly impressive, especially by Silicon Valley standards. Radian6, a social media management company in New Brunswick similar to HootSuite, was one of Canada's big tech sales this year at $325-million.

Amazon.com's Jeff Bezos, Google's Sergey Brin and Larry Page, and Facebook's Mark Zuckerberg – whose companies have a collective value of at least $350-billion – did not dream of selling out to the first bidder.

"I've had offers along the way. My ambition is to build something large," Mr. Holmes says. "I'd love to build a brand, a legacy. I'm always thinking about how big we can make this, about how big this industry is going to be. It's sticking. It's not going away. Initially, it was: 'How big could this be?' We're seeing it's going to be massive."

A year ago, HootSuite had no revenue. As it cracked the one-million-user mark, the company released premium versions of its product, with rates as high as $100,000 monthly for large companies. It currently brings in about $1-million of revenue a month.

Mr. Holmes's first business, started when he was 16, was a paintball operation. He gave university a shot, but quit after a year. He then started a pizza business back in his hometown of Vernon. In 1999, Mr. Holmes left the B.C. Interior for Vancouver and a job - his first and only as someone else's employee - at a dot-com that quickly bombed. He saw how not to run a company.

He founded Invoke Media in 2000, a Web services and marketing company, which continues to flourish. In 2008, Invoke staff felt needed a better way to get a handle on the volumes of information and opinion on still-small, but rapidly growing social media platforms like Twitter, so the company crafted what became HootSuite.

In December that year, Invoke offered HootSuite up free to outsiders. Mr. Holmes knew he had something when 100,000 users had signed on by the summer of 2009. HootSuite Media was created in January, 2010, after a $1.9-million equity financing from three U.S. venture capitalists. New investment has continued to come in, including a $3-million financing in mid-September.

Shortly after that came purported sightings of Mr. Zuckerberg in Vancouver - in one instance, standing in line for the popular Japadog food cart at Burrard and Smithe streets downtown. Twitter chatter over Mr. Zuckerberg's visit focused on rumour about Facebook's imminent purchase of HootSuite, which Mr. Holmes parried on Twitter: "@facebook isn't buying @hootsuite any time soon."

HootSuite, like other Web successes, has expanded exponentially, its staff tripling to 75 in the past year. It now has 2.5 million users and the aim is for six million by the end of 2012.

And forget about Mark Zuckerberg. Entire cities are courting HootSuite, which is in urgent need of new, bigger and better office space. The City of Montreal is trying to entice Mr. Holmes to move the whole operation east. He wants to stay in Vancouver. The firm's cramped current office is typical tech, with a vintage Nintendo and Atari, and a foosball table, in the lobby. The sign outside, beside the door, is telling: The HootSuite name is duct-taped over the Invoke nameplate.

The absence of permanence is also typical tech. Mr. Holmes, while confident, knows that success can evaporate in the volatile Internet space. The Web is littered with names – Friendster, MySpace and others - that had millions of users and seemed poised to conquer the world, until they faded and were overtaken by others. The immediate months ahead are make-or-break for HootSuite in its push to become a name. It needs to keep up intense growth to secure its foothold.

Grew up near Vernon, B.C.

Mother was originally an art teacher, his father a math teacher: "two sides of the brain"

Founded paintball company in Vernon at 16

Studied a year of undergraduate business at University of Victoria

Founded a pizza company in Vernon at 23

Getting Real, Web development book by Chicago-based company 37signals, with advice such as "keeping features out of a product, even though you've got a ton of people screaming for them. It's sometimes the best thing for the product."

The Long Walk, Polish soldier Slavomir Rawicz's story of capture by the Soviets in the Second World War and escape from Siberia to India, published in the 1950s 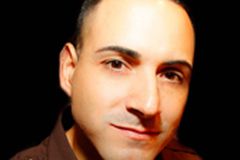 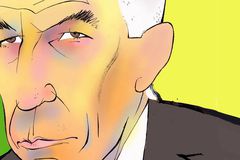 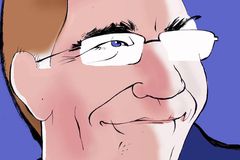