'Man is defined as a human being and woman is defined as a female. Whenever she tries to behave as a human being, she is accused of trying to emulate the male." That observation by Simone de Beauvoir helped to inspire the feminist revolution after the Second World War. Two generations later, Sheryl Sandberg has written a book, Lean In, arguing that is still the case today.

Some critics have challenged Ms. Sandberg's authority to comment on the female condition because her gilded perch as chief operating officer of Facebook Inc. makes her one of the most powerful and richest women in the world. But it is precisely that insider's perspective that makes her "sort of feminist manifesto" so persuasive and so radical.

It is radical because she is not decrying the vile misogyny that oppresses women in some distant and impoverished land. The sexism endured by the women of, say, Afghanistan is incomparably more severe and more limiting than the stereotypes that trammel the graduates of Harvard Business School. But it is also much easier for the privileged Westerners – men and women alike – who inhabit Ms. Sandberg's world to champion the cause of downtrodden women in another, poorer society. Confronting the problems in your own backyard, or your own corner office, is more personally threatening.

This is Ms. de Beauvoir all over again – when women try to behave like human beings, and seek professional success, we punish them for behaving in an unattractive, "masculine," way. What makes juggling success and likability particularly hard for professional women is that the premium on being liked is not only imposed from the outside.

It is also a quality – perhaps the quality – women have been raised to value within themselves most highly. Even Ms. Sandberg, a Harvard scholar and one of the world's most successful technology executives, cares so much about being liked that it has limited her ability to lead. That's what Mark Zuckerberg, the chief executive officer of Facebook, told her during her first career review, and he "was right," she said.

The ferocious reaction to Ms. Sandberg's book confirms much of her core thesis. The chief criticism is that she is offering a path to success for privileged women at the very top. Her book, critics argue, speaks only for these she-wolves. What they are really saying is that she is behaving too much like a man, and speaking too much for other women who do the same thing.

Ms. Sandberg has a couple of retorts. Her tip for women seeking a raise is to "think personally, act communally." That is a good way to describe her faith in the broader value of getting more women to the top. In the interview, she returned to this theme again and again; not only does she really believe it, she also understands that she needs to act communally to get her message heard.

When push comes to shove, though, she is happy to declare that it is okay – even good – for professional women to be ambitious purely because they have, as the subtitle of her book puts it, the will to lead.

Ms. Sandberg's target is old-fashioned sexism – both the kind that lingers in women's own hearts and the sort found in their bosses' offices. Some of the people she has angered most are feminists, particularly the advocates of work-life balance, and the "choice" feminists, who believe all the life choices women make are equally valid. She points out that these innocuous-sounding approaches often push women into a life of underachievement, with limitations that are no less objectionable because they seem to be chosen rather than imposed.

Ms. Sandberg is no fiery polemicist: Her tone is "relentlessly pleasant" (the approach she advises for women negotiating with their bosses). But in her data-driven way, she is making a revolutionary argument. She describes high-achieving precincts of the United States that believe profoundly in their own meritocracy, justifying their overweening personal wealth and power. Can you really be a meritocracy if only half the world is in your race?

Book Review
Ascent of Women: A look at how women's conditions have improved globally
March 8, 2013 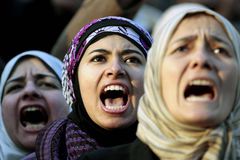 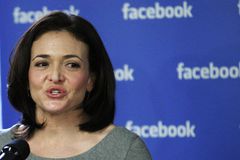 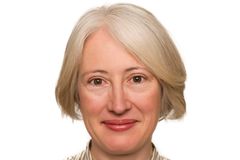