Stanley Ma surveys the food-court lunch choices at the Place Vertu shopping mall in suburban Montreal, noting that seven of the 20 or so fast-food outlets are brands owned by his company, MTY Food Group Inc. But he refuses to say which one of them he likes best.

"My brands are my children," he says. And like a good parent, he doesn't play favourites.

Instead, I have to make the decision where we'll eat, opting for Kim Chi, MTY's Korean food chain where meals are cooked on the spot on a sizzling wok. Mr. Ma has a spicy noodle dish, mixed with strips of beef and vegetables, and a bottle of water.

As we settle into the plastic food-court chairs and tuck into our meals amidst the din of a weekday lunch hour, Mr. Ma muses on what makes a successful fast-food concept in an age where choice, value, health and marketing are all factors in attracting fickle customers. While we talk, he discreetly eyes other patrons seated nearby, checking to see what people are eating, whether they finish their meals, and if they seem pleased with the experience.

He should know what works. The soft-spoken entrepreneur has quietly built a vast cross-country stable of fast-food restaurants, including well-known brands such as Cultures, Thai Express, Yogen Fruz, and Country Style. A serial acquisitor, he has just bought smoothie purveyor Jugo Juice, is completing a deal to buy the Koryo Korean Barbeque chain, and will soon close his biggest acquisition ever – the iconic but dated Mr. Sub sandwich chain, which has deep roots in Ontario.

With more than two dozen brands and operations across Canada and the Middle East, the MTY restaurants sold food and drink worth $462-million in 2010. Most are franchised, and the royalties and fees contributed to MTY's revenue of $67-million in 2010 – still small compared with huge rivals such as Tim Hortons or McDonald's.

While MTY's revenue and profit have been growing very steadily, Mr. Ma acknowledges that the company had a tough time in 2009 and early 2010 because of the economy, and could again if there's another dip. "We are not recession-proof," he says.

Despite his growing empire, Mr. Ma remains modest, even self-effacing. "I'm a low-key person, he says. "I don't really look for a high profile. "I'm a simple person who is passionate about what I do."

From his offices in a low-slung industrial building in a non-descript industrial area of St. Laurent, he quietly controls almost 1,900 restaurants, giving him a strong sense for changing public tastes – at least when it comes to fast food.

There is no question customers are increasingly demanding, Mr. Ma says, as he deftly lifts his noodles with disposable chop sticks. Patrons are looking for healthier fare, high quality and – particularly in a food-court setting – a multitude of specialized choices.

Indeed, when we had queued up for our meals, the next person in line had asked that the cook use less oil in the wok to make his stir-fry, and another customer returned his plate, unsatisfied with the way it was cooked.

A couple of decades ago, a food-court customer was most often a shopper taking a break, and they would have had to make do with a hamburger, pizza slice, or single Chinese food offering. Now, food courts are destinations for office workers, and they want coffee from a specialty outlet, a salad from a salad place, and choices that include Korean, Chinese, Thai, Indian, and Italian.

But competing in today's bustling food court means more than just providing a wide range of appetizing food, Mr. Ma says. The signage, overall look, and brand recognition of each outlet are crucial in drawing in customers and keeping them away from competitors. In a mall setting, eating decisions are made in a few seconds, so location and visual appeal are key, as is price. On-street locations are somewhat different, he says, because atmosphere and comfort play a bigger role.

Mr. Ma came to Canada from Hong Kong as a teenager in 1968, and while he initially worked at odd jobs, his goal was to open a restaurant. In 1979 that dream came true when he started Le Paradis du Pacifique, a Chinese-Polynesian full-service eatery in Laval, just north of Montreal.

Why Polynesian? On a visit to Calgary he had visited the Beachcomber, in iconic Calgary landmark that served Polynesian food. "I loved that concept," Mr. Ma said. "[I wanted to create]a small version of that restaurant."

It was a successful money-spinner, but after a few years, he figured that franchised fast-food restaurants might provide an even better return. In 1983 he launched his first mall-based Chinese food outlet – Tiki-Ming, a chain that now has four dozen locations.

Mr. Ma acknowledges that he didn't set out to own a vast chain of franchised restaurants. "The original idea was to make a living and be able to support my family," he said. But he realized there was great demand for a variety of food-court choices, and opportunities to franchise his expanding range of brands.

One reason he embraced the franchise concept – only a tiny percentage of the outlets are run directly by MTY – was to open the door for other ambitious newcomers. "I realized that there are many immigrants like myself who were looking for opportunities. If [opening a restaurant]was good for me it should be good for other people," he said.

Now, it costs about $250,000 to get an MTY franchise, and store owners pay royalties of around 5 to 6 per cent of sales to MTY.

MTY went public in 1995 through a reverse takeover of a shell company in Vancouver, when it had about 70 restaurants. The idea was to be able to tap into investors' money for expansion, although over the past decade and a half most of its growth has come from its own cash.

Mr. Ma acknowledges that, in hindsight, he could have kept MTY tightly controlled. "We don't really need money from the public to support MTY," he said, "[But]I'm comfortable with [being public]now" and he sees no reason to go private. Indeed, to please investors the company recently paid out its first dividends, although it retains enough cash to replenish its war chest for more acquisitions.

MTY has created some of its chains – such as KimChi – from scratch, but much of its growth has come from acquisitions.

Until the Mr. Sub purchase, the biggest buy was the 490-outlet Country Style coffee chain, which MTY bought in 2009 for $16.5-million. It is revitalizing the small Tim Horton's competitor with renovations, a new menu and brighter design and colours. The big challenge ahead is Mr. Sub, the Ontario-based chain of sub shops that has been around for more than four decades, but has been hit hard in recent years by stiff competition from Subway and Quiznos.

Mr. Ma is loath to give away details of his plans before the $23-million acquisition closes, but he says Mr. Sub's strong brand is definitely worth revitalizing. One option may be to use the Mr. Sub name within the Country Style stores as the brand for its deli sandwich offerings.

There will be more acquisitions in the future, Mr. Ma says between bites of his Kim Chi noodles, although he takes an opportunistic approach and waits patiently for deals that complement MTY's current operations or fill in gaps in the product line.

Mr. Ma projects MTY's network of restaurants will surpass the 2,500 mark within the next couple of years. But with no debts, and the potential to raise funds elsewhere if needed, the company has the ability to make even bigger purchases if it wants to.

He has been cautious about expanding internationally, limiting his global operations to the middle east where MTY has about 100 franchised outlets in Dubai, Bahrain, Saudi Arabia, Qatar and Morocco. The United States is not a priority at the moment, Mr. Ma said, because the regulatory environment and market is very different from Canada. There's still lots of room for expansion at home, he says.

The consummate promoter, as we finish our lunch he's keen to get me to sample the wares from one of his most recent purchases. "Would you like a Jugo Juice?" he says. "It's a healthy drink."

- all three of his children work at MTY, two in Montreal and one in Toronto

- brother is a heart surgeon in Montreal

- flies to Western Canada every two months or so to check on Western operations. 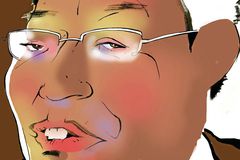 How Paul Martin would fix the world
September 16, 2011 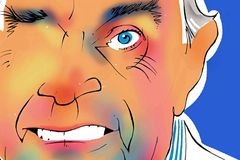