"Blow up Canadian content rules!" As a revolutionary slogan, it lacks the punch of, say, "Power to the people." But it underlines the evolution of Lawson Hunter, a 1960s student activist who, at 65, is now dean of Canada's competition lawyers. Mr. Hunter oversees competition law at Stikeman Elliott, the latest stage in a nomadic career that has gone from federal mandarin (chief competition regulator) to star lawyer to corporate executive (BCE Inc.) - and back to the law firm again. His politics have mellowed a bit, but not his rabble-rousing instincts. He recently took on the hallowed quotas that protect Canadian content in the media, arguing they are rendered useless by an Internet that is unconstrained by time and space.

You've called for government to "break the mould of incrementalism." What did you mean?

Incrementalism is when governments change things at the margin and they don't go back and look at first principles. You just sort of say, "Maybe we have a little issue here, and how do we adjust?'

But at BCE we thought it was necessary to break the mould [in local telephone deregulation]and it is necessary now on the media side.

So you would blow up the rules in TV and radio?

I would blow up a lot of the assumptions. I think the key on the regulatory side is the issue of Canadian content policy. That's what we really have to come to grips with.

Do you propose instruments?

If we are going to subsidize the production and distribution of Canadian content, we're probably going to have to use more direct tools. We've tried to promote Canadian content and culture by controlling the distribution channels. It is an indirect subsidy: You force feed Canadians to do this and it in essence subsidizes the content.

But those indirect instruments are not going to work [with digital media] so you are going to have to look at other ones. And subsidies are more transparent in showing how much money is really spent.

BCE went through the long, futile exercise of a private-equity takeover bid. Were you frustrated that, in the end, nothing happened?

That's not really true. From a transactional point of view you are absolutely right. There was all this sound and fury, and flurry of activity, and it all fizzled out. But Bell needed to do something, and clearly costs were an issue. One of the advantages of private equity [ownership]would have been discipline on costs, but a hell of a lot more debt.

When it didn't happen, the plan on the cost side was still there. The privatization exercise forced that planning, and of course the company ended up with new management. So change is not always a bad thing.

Was a union with Telus possible?

I still think a Telus solution is inevitable at some point - the question is when. At the time, it was a little premature. The real issue from a regulatory aspect would have been wireless. There were only three players at the time and they were all pretty much the same size.

We would have moved to two from three. There are very few countries in the world with only two wireless operators. So it would have been a challenge.

But then we opened up the wireless market, and we'll see how players such as Wind and Mobilicity do. The cable guys will do better because they have the infrastructure, the financial strength, the customer connections. They'll be real competitors but, at that time, it would have been an issue.

Along with the McCain family, didn't you come out of Florenceville, N.B.?

My father had a grocery store and an egg farm. That's how I learned you don't count your chickens before they're hatched.

Were you always commercially inclined?

When I went to University of New Brunswick, I started a student housing co-op. I built two seven-storey buildings in Fredericton with CMHC [Canadian Mortgage and Housing Corporation]money. I am entrepreneurial but, at the same time, very risk averse, and it's a weird connection. I guess I don't mind playing around with other people's money.

Weren't you a dangerous person in the 1960s?

I was very active in student politics. There was a spillover of issues from the U.S. with a social justice aspect. I never got into any real trouble but as president of the student union, I was seen as a leader in the anti-war movement. It came from this physics professor, an American teaching at UNB who was completely fixated with the war. He was pushing this issue and I was seen by the administration as being behind the scenes, pulling the strings. I got far more credit than I deserved.

Were you a radical?

I often wonder what I really believed at the time. I was seen as this terrible radical but in New Brunswick, being a radical was like being a liberal anywhere else.

What converted you into a top competition bureaucrat in your 30s?

After studies in the U.S., I wanted to do international law, particularly work on oil pollution. I applied to the federal justice department, and got into this boring job. Randomly I applied for a Privy Council Office competition and I didn't get the job.

But the guy who interviewed me was a good friend of [senior bureaucrat]Michael Pitfield. Pitfield was made deputy-minister of consumer and corporate affairs and he asked me to be his executive assistant. If I hadn't gone to that interview, my entire life would have been different.

Go to those job interviews. And you need mentors. Michael was a really challenging guy to work for but he really was my mentor. So those things matter in life.

Is this the last phase of your career?

I'm not entirely sure. I am not looking for another all-embracing deal like BCE, where it is literally never out of your mind, night, day and weekends.

One of the things I like about going back into law practice is it is case-specific and so it comes and goes. It is something different all the time. And as an entrepreneur, I'm involved in a couple of companies.

Is any of the old radical left beneath the law firm veneer?

No. I am not about to join the anarchists, but I don't see an inconsistency. People often say I'm a died-in-the-wool free marketer and I think there is a lot of truth in that. I am distrustful of government - of the same old interventionist government-knows-best solutions we've come to expect. I really don't have a lot of faith in government's ability to predict outcomes.

Have you gone right across the political spectrum?

In 2008, when the recession hit us, there was a lot of commentary that this was a sign of market failure. I said, "Look, we should stick to our knitting, and not panic. The criticism and the political concern are really more about [income]distribution effects than the allocation of resources."

The free market was never designed to produce equity in distribution. That is the role of government. So it was unfair to blame the market when its primary function is really allocative efficiency - in terms of allocating the economy's resources among uses.

So it is getting back to those radical days, when I say we've allowed the distributional side to get out of kilter. When you look at statistics on the ratio of top wage earners to bottom earners over the last 30 years, it keeps going up and up. That's a role for government. If you don't have what people think is a relatively fair distribution of the economy's resources, it leads to political unrest.

What do you do when you're not practising law?

I'm a big collector of art and glass. I also have the largest collection of work by craftsman Paul Beau, who in the late 1800s made decorative arts for stately homes in Montreal. Everything he did was metal. When the Parliament Buildings burned, he came to Ottawa and he did every single piece of iron in the House of Commons.

Which of your pieces of art do you love the most?

It is a Molly Lamb Bobak painting of the scene of a student demonstration in Fredericton - and I'm sure I'm in it. I don't know where, but I'm in it. We were marching on the Legislature about tuition fees or some crazy thing.

1970s: Rose in public service to be senior civil servant in charge of competition policy and enforcement. Had major responsibility for drafting the federal Competition Act.

1993-2003: A partner of Stikeman Elliott and head of the firm's competition group.

September 2008: Rejoined the Ottawa office of Stikeman, and in 2010, became head of competition group. 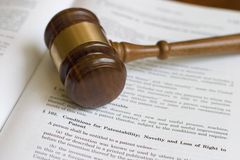