Ed Fast is a cabinet minister in a hurry.

Canada has fallen perilously behind its key rivals in cementing trade and investment ties with China and other emerging Asian powers. And Mr. Fast, the Harper government's champion on international trade, is in a race to catch up. Which means a lot of air miles for a guy who, prior to his ascension to the job last May, had never even set foot in China.

This year, he'll visit all nine member countries of the Trans Pacific Partnership, a list that includes Australia, Vietnam and New Zealand, as he lobbies for Canada's admission into the coveted free-trade negotiating club. He was also in China with Prime Minister Stephen Harper in February, signing an investment agreement and talking up Canadian exports – his second trip there in less than a year.

Then it was on to Malaysia, Singapore and Brunei (three other TPP members) before heading for home. Mr. Fast is plotting possible trips to Japan, South Korea and Brazil later this year, as Canada strives to sign new deals and diversify commerce to faster-growing parts of the world – which is a gentle way of saying Ottawa wants to break the country's overreliance on the United States as a destination for exports.

"Our government has elevated trade to a whole new level. It's evident in the number of trade deals we're negotiating and in the amount of travel that I'm doing," said Mr. Fast, 56, a relatively unknown British Columbia MP until Mr. Harper plucked him from the back benches last June.

"If you don't strike while the iron is hot, you are going to miss some opportunities. I want to be a trade minister who doesn't miss those opportunities."

Mr. Fast is in such a rush that he can't afford more than a quick bite to talk about his ambitious globe-trotting agenda. His low-key choice is Tim Hortons (coffee and a BLT – hold the mayo).

The venue is meant to portray a down-home style, as well as the climate of austerity that now permeates the federal bureaucracy. Deep budget cuts are looming for nearly every federal department, likely including his own. And optics matter. If Bank of Canada Governor Mark Carney can dine with The Globe at a trendy burger joint, Mr. Fast is determined to up (or rather, down) the ante with some quintessentially Canadian fast food, and sends a young staffer to occupy a prime booth spot and deflect the regulars.

And so, with the lunch-time bustle swirling around, he settles in to explain how a former small-town lawyer, school trustee and city councillor from Abbotsford, B.C., wound up as point man for the government's No. 1 economic priority – expanding trade to Asia. Not even he understands it, really.

"I don't know what specifically would qualify me," Mr. Fast says, in a decidedly unscripted moment.

Between mouthfuls of his BLT, he quickly regains his stride. "I do bring a lot of things to the table. I think the legal background is very important. I did a lot of negotiating as a lawyer. Another part of it is that I come from a border community, where trade with the United States is critical."

Mr. Fast, who is warm and quick to smile, quickly recognized that he needed to bone up on the large and complex trade files. And he worked hard to get there, according to people who work with the minister. He diligently reads all his briefs and asks good questions – some reflecting his inexperience, many others demonstrating a commitment to master one of the government's most demanding portfolios.

That commitment has made Mr. Fast well-liked at the Department of Foreign Affairs and International Trade, where officials chafed under previous Conservative ministers, such as the hyperpartisan Peter Van Loan, now government House leader, and Stockwell Day.

Mr. Fast also brings something else to the cabinet – membership in a key Conservative constituency of devout Christians. A straight-laced Mennonite, he doesn't drink. Church is a big part of his life. Early in his career, Mr. Fast put on hold his political ambitions to stay closer to his wife and four young daughters.

Now that his daughters are grown (two are getting married this year), Mr. Fast has thrown himself into the task with the zeal of a missionary.

His busy ministerial travel schedule has forced Mr. Fast to put on hold a part-time music career. Along with three of his daughters, he has toured for several years in the award-winning Southern gospel group, Father's Daughter. The group performed a farewell concert at a New Year's Eve church event in Chilliwack, B.C. For now, Mr. Fast acknowledged he can't be both a singer and Trade Minister.

"That was a season of life for me, and I'm now in a new season because of the role I play as minister," he said. "Who knows what happens after that. I love music. I'm not going to quit music."

He has found time to sit down at the piano and belt out a few tunes during stops at Canadian embassies in Tokyo, Paris and Washington. Beyond gospel music, the Winnipeg-born Mr. Fast is a big fan of Seventies rock, including the Guess Who, Doobie Brothers and Eagles. "I love harmonies, done right," he explained.

He'll likely need an ear for harmony to wade through the noisy domestic politics that an ambitious trade agenda will stir up.

Mr. Fast is hoping to wrap up negotiations soon on a free-trade deal with the European Union. He wants to deepen formal trade ties with China and get Canada into the Trans Pacific Partnership.

The latter effort, which could involve changes to Canada's supply-managed dairy and poultry sectors, is a particularly sticky issue for Mr. Fast. His Abbotsford, B.C., riding has one of the largest concentrations of dairy farms in the country.

"Any trade negotiation is always going to involve the balancing of interests. The standard I have set is that I won't enter into agreements that aren't in the best long-term interests of the country," said Mr. Fast, adding that there's "significant support for Canada's place at the table."

There could be other divisive tradeoffs, involving intellectual property, telecommunications and government purchasing.

Mr. Fast insists he's ready to open minds about trade economics, even in his own back yard, making Canadians aware of what trade means to their daily lives.

"Trade is essentially a kitchen table issue," he explained. "When you sit down with [Canadians] they intuitively understand there's a link between trade and their ability to pay off their mortgage, provide an education for their kids, save for retirement."

Trade doesn't just make resource communities boom, he argued; it creates new markets for businesses everywhere. And to reinforce the point, Mr. Fast has embraced the "Team Canada" model of taking Canadian business people along with him when he travels.

"This is a time for visionaries who understand the role that trade plays in a nation's prosperity," he argued. "I want to be a champion of free trade in this country."

Born in Winnipeg on June 18, 1955, into a large and musical German Mennonite family.

Grew up in Vancouver, where his father worked as a dentist.

Lives in Abbotsford, B.C., with wife Annette. The couple have four grown daughters.

Graduated from University of British Columbia law school in 1982.

Appointed Trade Minister in May, 2011.

First elected to the House of Commons in 2006 in Abbotsford, B.C. Re-elected twice with large majorities.

Successfully passed a private member's bill in 2007 that doubled to 10 years the maximum prison sentence for luring children over the Internet for sex.

Before that, Mr. Fast was a corporate lawyer, school trustee and city councillor in Abbotsford.

Released three CDs and performed extensively with now-disbanded Southern gospel singing group, Father's Daughter, alongside three of his four daughters (www.fathersdaughter.ca). For a peek at a live performance, go to www.youtube.com/watch?v=W43d6puM3yI

Staying up late as a preteen to watch the 1964 U.S. presidential election results on a small black-and-white TV as Lyndon Johnson beat Barry Goldwater. That night roused a lifelong passion for politics for Mr. Fast, who "always thought" there would be a career for himself in federal politics. 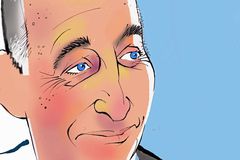 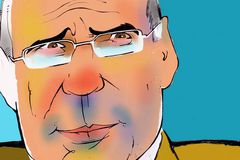 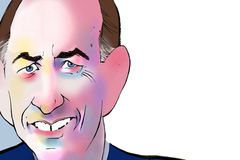 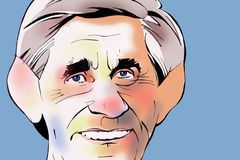 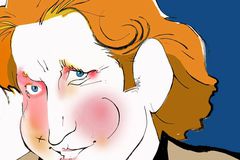 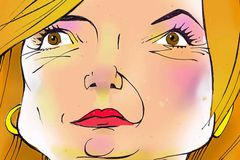 MDA's Daniel Friedmann likes the Earth under his feet
January 6, 2012 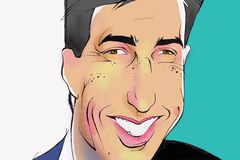