The lobbyist waging war for musicians

Frances Moore, chief executive of the International Federation of the Phonographic Industry: 'We just want the environment to be a proper and fair one'

Frances Moore still remembers the first single she ever bought, around age 9: It was 1964's sugar-sweet pop song My Boy Lollipop. "By Millie … " She pauses. "I've forgotten her name now," she says over lunch in Toronto. "It must still be on YouTube."

The version she's thinking of is by Millie Small, and sure enough, a YouTube search reveals thousands of videos, with plenty featuring the original recording. Most were uploaded by everyday people. Many are licensed, which can turn income from their pre-roll ads into revenue for the song's copyright holders. But many others are almost certainly unlicensed.

Which makes her mention of YouTube a little ironic. Ms. Moore, in Toronto during Canadian Music Week, is the chief executive officer of the International Federation of the Phonographic Industry, the music business's global lobby group and data authority. She's leading a worldwide push to bring in more revenue from streaming sites that don't always license music up front. Yet even Ms. Moore can't help but suggest using YouTube to find My Boy Lollipop, knowing how most consumers prefer gobbling from the musical buffet of streaming services. "We love the opportunities they provide," she says.

We're around the corner from the music conference at Bannock, a restaurant named after the bread enjoyed by indigenous communities in North America. As we sit down, she can't help but point out that bannock has origins in Scotland, her home country. Despite living elsewhere for nearly two-thirds of her life, her brogue is still in full effect. After growing up in Motherwell, southeast of Glasgow, she left at 22 to go "down south" – for her, that's London.

There, she studied European Law and eventually became a barrister. After her husband got a job in Brussels, she followed in 1981, agreeing to try it out for a few months. It turned out that her legal training lent itself to working with the European Union, and she soon found herself as a spokesperson for a retail organization. Following that and a stint at Texas Instruments, the giant tech firm, Ms. Moore says she was courted by the IFPI in 1994.

Today, Ms. Moore is one of the most powerful players in the industry. IFPI works on behalf of the world's most prominent record labels, including the "big three," Sony, Universal, and Warner. Before our lunch, she spoke at a Canadian Music Week panel of national industry groups discussing the health of their music ecosystems.

Music had been a constant in her life, but by no means an obsession. Still, becoming a fresh voice for the recording industry in the EU felt like a worthy challenge. Private copying – think blank tapes – was a big concern in the mid-1990s. 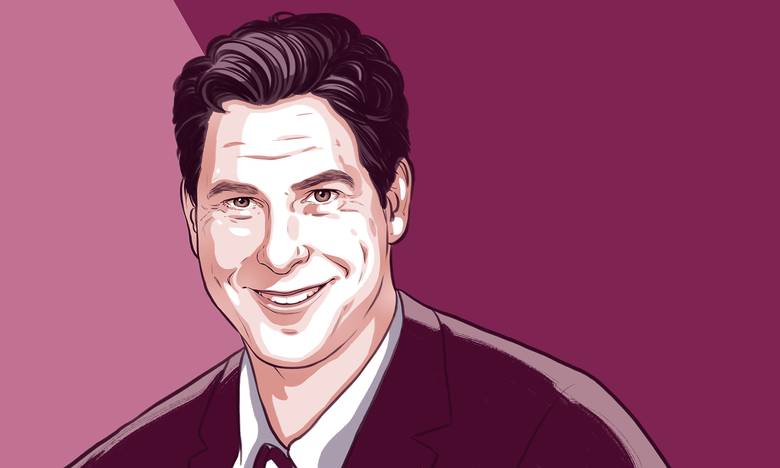 More of The Lunch

But five years after she joined IFPI, Napster appeared with a file-sharing application that enabled users to download music for free. It shredded the public's perception of music's worth, and it put IFPI and its members on the defensive, having to plead with customers to ascribe value to music. But it was hard sell: The alternative to free was a $20 compact disc.

This created a public perception, she says, of an industry made up of dinosaurs. "That's not the industry I recognize," says Ms. Moore, who became CEO of the London-based organization in 2010. "I recognize an industry of strivers."

The pleas for value, she adds, had reason beyond just profit: Companies needed the money to invest in the artists and their recordings when no one else would. "If you go to a bank, and you ask the bank to invest in music and artists … the bank will basically laugh at you," she says. "It's a too-high risk. And that risk is taken by the record companies."

As a barrister, Ms. Moore is accustomed to building the case for her clients by poking holes in the arguments of opponents. "We just want the environment to be a proper and fair one," she says.

Napster, of course, was sued and eventually went bankrupt, but listening technologies keep changing, and streaming has slowly become the dominant way to hear music. They might not provide the instant cash injection sales used to, but Spotify, Tidal and Apple Music – and even licensed YouTube videos – deliver at least some money to musicians and other rightsholders. Last year, subscription services were responsible for what might just be the first significant year-over-year revenue growth for record companies in decades.

It's a less dramatic fight than the one against Napster and its ilk 15 years ago, but there's still a "value gap" between what recording companies think their music is worth and what the subscription firms pay, and that's a grave concern for the music industry and its artists.

The largely ad-supported YouTube is the leading source of streamed music, and IFPI and its member groups argue that the company is not paying rightsholders enough for their content, particularly for videos uploaded by users without licensing the songs. According to IFPI calculations, nearly 900 million people get music from user-upload services, but they only bring in 4 per cent of global music revenue.

Industry groups point to the U.S. Digital Millennium Copyright Act and similar European laws that shelter some tech companies from liability for their users' infringing activity as a leading cause of this problem.

Back in the early days of the Internet, the DMCA and similar laws abroad established boundaries for corporate liability in a nascent digital marketplace. But the players and field have changed. With playlists and pre-roll ads, YouTube is more than just a passive platform where piracy happens to occur, Ms. Moore says: "It's organizing, it's promoting, it's monetizing music."

Reforming such laws would ideally force services such as YouTube to proactively license music at a fair rate, rather than making IFPI's member companies ask for each infringed-upon song to be licensed or removed. YouTube's parent company Google – officially Alphabet Inc. – argues, though, that what it already does is more than fair.

"To date, Google has paid out over $3-billion to the music industry – and that number is growing significantly year on year," a Google spokesperson told the Globe by e-mail. The company also insists its Content ID anti-piracy system has made it easier to license user-uploaded content. "Only about 20 per cent of people are historically willing to pay for music," the spokesperson added. "YouTube is helping artists and labels monetize the remaining 80 per cent that were not previously monetized."

Still, now that the recording industry has loosely embraced streaming and acknowledged sales are disappearing, Ms. Moore is adamant in making unlicensed content on streaming services their next fight. "They're in control, completely, despite the fact that it's your music – you as an industry, an artist, who have invested in that music," she says.

The record companies and artists have lost a lot. As hard as the industry fought, its annual revenues were $15-billion (U.S.) last year – roughly half of what they earned in the late 1990s.

But if there is one major lesson learned from digital disruption, it's that music theft may best be curtailed with a global approach. In the past couple years, IFPI and its members have pushed for a consistent worldwide Friday music-release date, and encouraged the development of licensed online services in markets such as China. "It's really about globalizing in a way to make sure the music fan really got what they were looking for via the legal services," Ms. Moore says.

Lives: London, Brussels, and on the road

Family: One son, one daughter, both in their mid-20s. Husband is Jamie Shea, NATO’s deputy assistant secretary general for emerging security channels. “You might remember him, because during the Kosovo war, he was a NATO spokesman,” she says. “He was pretty well known, to the point where even these days, people say, ‘I know your face from somewhere.’”

What she’s been listening to lately: “Coldplay. I know some people consider them to be a little middle-of-the-road. I’m a Bruce Springsteen and Rod Stewart fan. I learned a lot more about music when my kids were home.”

How she listens to music: “I tend to buy CDs if it’s an artist I really like and I want to have it in my collection. And for the rest of it, I float around Spotify trying everything different. I have turntables around the house because my kids bought them.”

On making a streaming-first world better for artists: “The industry’s working really hard at that. As an industry, we have to learn that you can’t send them 200 pages detailing every single payment and that’s it. You’ve got to really package it in a way that they understand.”

On Britain’s vote to leave the EU, as a Scot who’s worked with the EU for years: “The EU is the biggest trading bloc in the world, and the U.K. needs to be part of that. You can choose to live and work and have health care, education and pensions in any of the 28 countries. What is not to like?”

IFPI can't interfere in those markets much beyond policy suggestions. As much as its members collectively want legislation to clarify the rules around streaming services, any commercial decisions are up to individual companies. Unfair advantages in the marketplace, after all, are exactly what IFPI wants to fight.

So the battle for exclusive rights to highly anticipated albums by artists such as Drake and Kanye West – which can encourage otherwise law-abiding consumers to pirate music not available to them – is something Ms. Moore won't comment on.

But the barrister doesn't mind that her war is waged in policy technicalities. "I love lobbying," she says. "I like what I do, and getting a chance to do that globally."

As we finish a round of post-lunch coffees, Ms. Moore apologizes for not being an "exciting pop star." She may be one of the most influential people in her industry, but she sees herself as a normal lawyer who just happens to work in a glitzy business.

That ordinary approach to business hasn't stopped her piracy-policy cold war from seeping into her home life, sometimes with awkward consequences. Just ask her 20-something kids, who at the turn of the century would have been the perfect age to be sucked into file-sharing zeitgeist. Ms. Moore insists they were never swayed by free-but-illegal entertainment – in fact, just the opposite.

When her son was 5, she took him to a birthday party where the kids were shown The Lion King – months before it was commercially available in England. "My son stood up in the middle of it and declared to everybody that he was going home because this was pirated, and that it was bad," she says. She had to come back and pick him up. "I said, 'Alexander, leave IFPI to solve that problem. You just enjoy the parties.' "