This fall a huge new garbage processing plant will open in Edmonton that will convert most of the city's non-recyclable waste into ethanol biofuel. The system was developed by Montreal company Enerkem Inc., which patiently took the technology from its lab to pilot plants to this first full-scale operation.

Enerkem co-founder and CEO Vincent Chornet has ambitious expansion plans for the firm, which has the backing of an influential group of shareholders, including giant garbage handler Waste Management Inc., fuel marketer Valero Energy Corp., and Quebec's labour-sponsored investment fund.

How big a milestone is the opening of the Edmonton waste-to-energy plant?

It is a huge accomplishment for our company, for our team, and for a new clean-tech industrial technology. There are few technologies that get to that point, of being scaled to a full commercial reality.

It marks a new standard in both the waste industry and in the biofuels industry as well. Many things will change in these two markets because of the Edmonton facility.

Is that because people will be able to see something they haven't seen before?

Indeed, they will see something in full scale and full action, and it is a facility in the middle of the waste management system of a significant sized city. It is a model for other urban centres in North America and globally. You are truly talking about changing the game here. We are taking good carbon, which we have for many decades put into holes and dumps, and recycling it into fuels and chemicals. People will be able to see that it works, at scale.

How big a market will there be for your technology?

Municipalities are looking for different ways to manage their waste streams. Building an incinerator is very difficult, and building a new landfill is close to impossible in North America and in Europe. So there is clearly demand for new technologies. But they need to see technologies that perform. I think we are one of very few that has that.

Has the biofuels industry progressed as fast as you expected when you founded Enerkem in 2000?

It is pretty much on track. It has taken several years, but it is what we had expected. We knew that it would not be a dot-com or a software company. This is new industrial technology and the barriers to enter are significant. The flip side is that the barriers to entry are high for others as well.

I think the biofuels industry as a whole has progressed outstandingly . The global production of biofuels today is over 100 billion litres. To put that into perspective, it took 125 years for petroleum to become the dominant feedstock for our fuels and chemicals. In barely two decades ethanol has grown to being a real fuel commodity globally.

Do you think that waste-based biofuels will displace agriculture-based ones?

The emergence of the corn and sugar cane ethanol industries allowed us to get a new fuel into our petrochemical infrastructure. That in itself is a huge accomplishment. It has opened the door to many other fuels.

I do think that maybe we have reached a limit on using corn for further ethanol production, and it is now time that we moved towards second generation biofuels that are more benign environmentally, and take their carbon from residual feed stocks that would otherwise be landfill.

Does government have a role to support that shift?

What does your diverse group of investors bring to the company, besides money?

Strategic investors like Waste Management and Valero provide a very clear view of where the market is going, either upstream from a waste management perspective, or downstream for ethanol or other products. Our venture capital and private equity investors tend to be more entrepreneurial, so they add speed and creativity. And they help in the decision making at the board level. It is a good mix.

A little over year ago you considered an IPO, but pulled back. Is a public issue still an option?

We decided not to move ahead [because] the markets weren't as good as when we had contemplated doing the IPO a few months before. We have raised a lot of money privately since. It could be that in the years to come we will consider going back to the public markets. Raising capital publicly tends to be less expensive than privately, so it is always something that a CEO has to consider.

What are the next steps for your company?

We have announced our second facility for Varennes, Que., and will start construction in 2014. We have other projects that have not been announced. We have a commercial roll-out for North America, and in parallel we will start looking at international expansion little by little.

The world is in need of a new sector in bio-energy and bio-chemistry. I think we will see one large biochemical company in that global space, and I see Enerkem being that player, tapping into our waste and other biomass to produce our fuels and chemicals.

You started this company as an entrepreneur. Is it difficult to shift from that to running a large operating company?

Few entrepreneurs make this shift to being the CEO of a large company. It has always been a challenge. An entrepreneur needs to have enough self-definition and reflection to make that shift. I wanted to make it, [because I didn't want to be] a serial entrepreneur that moved to the next small company, or to the next technology.

* Helped set up spin-off companies from the University of Sherbrooke, in the energy and biotech sectors.

* In 2000 founded Enerkem with his father, U of Sherbrooke chemical engineering professor Esteban Chornet. 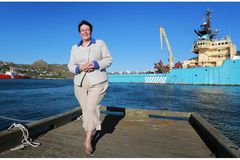 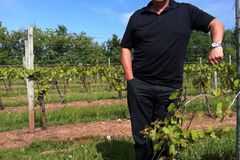 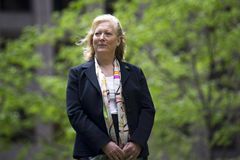