During his 28 years in the airline business, Gregg Saretsky has lived through a crisis or two – or three.

Fortunately, the chief executive officer of WestJet Airlines Ltd., has learned from them, notably the near-bankruptcy in the early 1990s of the perpetually troubled Canadian Airlines during which he and his colleagues at the airline banded together to keep it from going over the brink.

"What I learned is that if you can have that sense of collegiality and strength of culture without having to be standing at the edge of the precipice, you're much better off," Mr. Saretsky says.

What he also knows only too well, is that North America is littered with the wreckage of airlines that grew too fast, lost their focus or lacked a robust corporate culture that could sustain them through the cycles in one of the most cyclical of industries that in the past 15 years has experienced 9/11, SARS and the Great Recession.

A distinct corporate culture that forms part of the foundation of WestJet is evident in the airy, six-storey head office at its campus at Calgary International Airport and is mission critical for Mr. Saretsky. Maintaining the "WestJetter" culture becomes more difficult as the airline grows and employees debate whether to transform it from an upstart that challenges Air Canada only in North America into a full-fledged international airline that will assault its rival head-on in all markets.

That transformation won't happen unless WestJet employees approve the move, as they have the creation of the airline's Encore regional service and other methodical steps that have made WestJet a force to be reckoned with.

"It's the beauty of a transparent culture where you actually take your ideas to your people," the 54-year-old Mr. Saretsky says over a lunch of spinach salad washed down with a club soda at a Moxie's southeast of the airport. "You have to be willing to operate in a very transparent fashion with your people if you expect them to be able to support [new ideas]."

The transparency is literal as well as figurative. The glass walls of Mr. Saretsky's fifth-floor office – and those of other senior company executives – look out over the atrium in the centre of the building. From balconies running along the atrium, employees can see who is in the offices meeting the senior executives.

The outer areas of each floor in the building, with their views of the airport and on a clear day, the Rocky Mountains, are occupied by rank and file workers. Executives and department heads populate the interiors.

For someone whose father was a flight director at Air Canada and whose mother was a manager in customer relations at Canadian Pacific Airlines, it was perhaps a foregone conclusion that Mr. Saretsky would end up running an airline – especially since he worked summers as a flight attendant and customer service agent while attending university.

There was a diversion, however, before he went into the airline business full-time. He went to work for the Bank of Montreal as a commercial account manager, even though he graduated from University of British Columbia with a degree in microbiology and microchemistry.

He got pulled back into the airline orbit in 1986 when he joined a Canadian Pacific working group that was set up to create a vision of what the airline would look like in 2000.

As he tells it, his childhood instilled in him a love of travel. And we're talking serious travel – help-build-a-school-in-Kenya travel this August; studying-the-upstart-versus-legacy-airline-battle travel to Australia in January; get-away-from-it-all-in-the-Cook-Islands travel.

But it's an upcoming trip to Dublin in June that underlines the scope of Mr. Saretsky's ambitions for WestJet. It's the first transatlantic WestJet flight and a template for international expansion. Summer flights to the Irish capital from St. John's will be a test for the airline as it considers whether to expand beyond its Boeing 737 jets and short-haul Bombardier turboprops and purchase the wide-bodied airplanes that would vault it into international competition.

"Flying to Dublin is going to force us to create a lot of capability that we would ultimately need if we decide to make that next leap and get wide-bodied aircraft," he says.

That includes dealing with a new currency, selling outside its existing operations in North America, expanding its network links with British Airways and KLM and establishing relationships with European tour operators and customers. "It will really show us the way for all those things that need to come together if we want to have a much bigger international operation," he says.

He will travel to Kenya in the summer and help the Free the Children organization build a schoolhouse. It's his first trip to Kenya and he says it will mark what he believes will be the 250th city and 37th country he has visited, although the number is so high he doesn't know the exact count.

While he loves travel for its own sake, it's also helpful for a CEO whose job takes him to Australia to see how the Virgin Australia versus Qantas battle is playing out and how Virgin Australia grew from a domestic airline into one that now competes internationally. He also made trips to the Dubai Air Show in November and the Singapore Air Show in February.

He's working even while between destinations, spending part of the time keeping an eye on the service on the planes to pick up ideas that might work at WestJet.

Mr. Saretsky has paradoxically, however, also been able to use travel to spend time with his family, helping to compensate for the countless hours he spent working when his twins Mark and Jennifer, who are now 27, and son Bobby, now 19, were younger.

His work day, like those of most CEOs, leaves him little time for anything else. He's awake at 5 a.m. and rarely in bed before midnight. He goes home for dinner between 7 p.m. and 9 p.m. and then it's usually back to the office. "Anyone who thinks work-life balance exists is probably wrong," he says. "Certainly the more senior you get, it's a job that will just take everything you give it and you have to be okay with that."

Even his current reading is airline-related; he's working his way through Splash of Colors: the Self-Destruction of Braniff International, by John Nance.

The travel with his family includes an annual ski vacation that the family took for years during the third week of February. After more than a decade of such trips, he tried to switch the annual trip to Hawaii or Mexico or somewhere else warm, but his family would have none of it, insisting the ski vacation was a tradition that had to be maintained.

He made a point when his children were younger of making sure they accompanied their parents on many of the long-haul trips, allowing them to experience the whole world. He notes that his children reminisce often about those journeys, but he's keenly aware of the impact his dedication to his career has had on his home life.

"If you ask them what it was like during the school year, how much did your dad help you with homework? Regrettably, not very much."

Mr. Saretsky spends a lot of time working out on weekends to make up for not having time for exercise during the week, but even when he's away from work, the job finds him.

He recounts a recent episode where he and his wife were having a coffee at Chinook Mall in Calgary and someone sat down near them, recognized him as the CEO of WestJet and talked about how he always flies WestJet. "It was awesome," he acknowledges, "but on the other hand, there is no place to sort of be away from the public's eye."

"I would say that costs are king. He with the lowest costs wins. That certainly wasn't the case at Canadian and that was very much paramount in Alaska's success."

How WestJet has expanded geographically and in its view of the world:

"We'll never go to Toronto, we said. Never. And then we went to Hamilton and well, that's Hamilton, we'll never go to Pearson because it's just too expensive to operate there and we're a low-cost carrier. Now Pearson is our biggest operation. So in business you change or die."

The impact of the Canadian dollar:

"This year over last year the dollar has fallen about 8 cents. You do the math on that ... each cent costs us $15-million, eight times 15 is $120-million, so if nothing else changed in our business our bottom line just got hit by $120-million in new cost."

Discipline among executives and the board of directors:

"We look at everything through the lens of making a buck. We don't do things just because they're fun to do. A plane is a $50-million-$60-million asset, if you can't make a 12 per cent return you ought not to do it."

On why WestJet is considering charging for travellers' first checked bags:

"There's a cost to carrying bags that is buried in the air fare that everybody pays. So we talk to employees about that and say, you know, 'wouldn't it be fairer in life that if you don't bring something you don't pay for it?'" 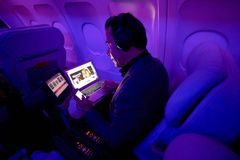 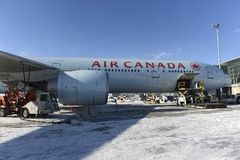 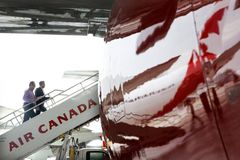 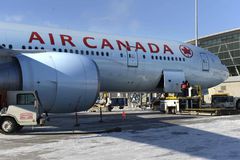