This is an excerpt from The Responsible Entrepreneur: Four Game-Changing Archetypes for Founders, Leaders, and Impact Investors by Carol Sanford (© copyright 2014. Reprinted with permission from Wiley/Jossey-Bass.

Businesses use social systems, especially economic systems, to influence how society works – usually, though not always, for their own self-interest. Sometimes this influence can be extremely destructive. For example, one socially codified means for determining fair wages is the minimum wage. As a rule, businesses react powerfully and as a group whenever there is any mention of raising the mandatory minimum wage. They claim that this will undermine their ability to do business and produce severe economic consequences due to layoffs and reduced hours. The social effect has been the establishment of a permanent underclass of workers who can never generate enough income to adequately provide for their families.

Ironically, research has consistently shown that businesses that provide wages considered fair by workers experience not only solid returns but active worker participation. Reconnection entrepreneurs are willing to shift a key system driver governing income distribution by challenging the mythical dangers associated with raising the minimum wage and advocating for the systemic economic growth that arises from paying workers fairly. What they know is that their businesses will prosper in that kind of income distribution environment.

Jim Sinegal has actively campaigned for decent wages for workers. He founded Costco, one of America's largest big box retailers, with the vision of building a company that would actually be good for the nation's communities and economy. His business model depended on a stable, well-paid, and committed work force, and he worked hard to ensure that he was growing careers for his employees, not just temporary jobs. Costco has done an extraordinary job of providing workers without college degrees a way to enter the middle class, filling a role once held by manufacturing. Through this commitment, the company has actively contributed to more stable communities, healthier families, and a basis for engaged citizenship. Further, his commitment has led Sinegal to advocate at local and national levels for a higher minimum wage for all workers, and to argue that this is necessary for a viable economy and democracy.

Costco's business model is based on the idea that hanging onto its employees gives the company the leverage it needs to manage overhead. Many high-volume retailers and fast-food franchisers expect high turnover and irresponsibility in their work force. This arises from the assumption that workers are interchangeable – commodities, if you will. This leads these companies to drive wages as low as possible, and to create comprehensive procedures as a way of ensuring an adequate level of performance. Of course, these assumptions come at a significant cost. High turnover is expensive in terms of recruitment, training, and lost productivity. Treating people as though they can't manage themselves incurs higher management costs and can easily undermine motivation. Costco, by contrast, is able to attract and retain lifelong employees who are highly motivated and require minimal management. Treating its employees as loyal and independently intelligent beings is great for productivity and innovation.

The role of the reconnection entrepreneur goes beyond products and services that are intended to address current social issues. A reconnection entrepreneur is less interested in symptoms than in underlying causes. So, for example, he doesn't just seek to help disadvantaged kids get an education; he seeks to change the social system so that it no longer produces the disadvantage in the first place. He doesn't just make a smoke-free stove for people living in Sub-Saharan Africa; he works on changing the system that fosters inequity among nations and robs people of the ability to determine their own future. A reconnection entrepreneur gets outside of the issue and asks himself how far upstream he needs to go to make change at the systemic level.

The reconnection entrepreneur is descended from a time-honoured legacy – the court jester. Like the court jester, he questions the orthodoxies codified in the many diverse arenas of social relationship. He upends the known and validated rules of social engagement and rank, and he must develop enough wit and flexibility to avoid being killed by the monarch he serves. His task is to make ugly truth both palatable and playful.

Deep caring is a primary characteristic of the reconnection entrepreneur. Such caring goes beyond compassion toward individuals currently trapped in systems that limit them. A reconnection entrepreneur understands that if the system isn't changed, future generations will continue to be trapped in the same ways. He connects the present with the future to make the future accessible and intelligible to us. This drives him to challenge and innovate with regard to those systems that prevent the development of people's full potential. 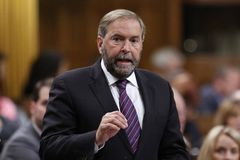 One quick tip to improve your presentations
September 8, 2014 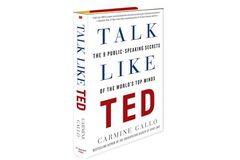 How to ace a digital job interview
September 1, 2014 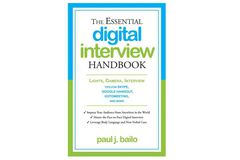 Forcing employees to overcome their weaknesses is a waste of time
August 25, 2014 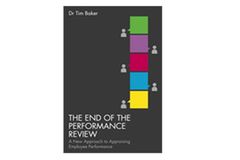 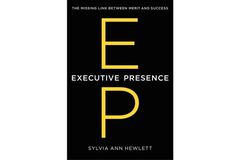 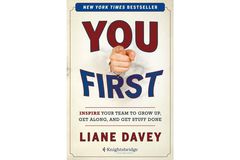