It's a wintry morning in January when I arrive at the Bowery Hotel. Cozy yet impossibly chic, it draws celebrities like flies. Just outside the door, Eddie Izzard, the British comedian, is jumping into a taxi. Inside the lobby, a man standing at the check-in desk looks just like the actor who played a key villain in the original Superman movies.

But what is his name? I am still racking my brain as Jimmy Wales, the founder of Wikipedia, slides into a U-shaped booth at the hotel's restaurant for breakfast. He pulls out an iPad and starts scrolling through Web pages. Within moments, my intellectual itch is scratched (the name I'm searching for is Terence Stamp).

It's Wikipedia, naturally, that has provided the answer. Like nearly everyone else in the world with an Internet connection, Jimmy Wales, too, uses it to satisfy questions, indulge curiosities, and fill in pesky blanks.

Exactly 10 years after it started, Mr. Wales' idiosyncratic project - a free encyclopedia generated by the collective effort of volunteers - has woven itself into our cultural fabric. Its quirks and inaccuracies still inspire mockery, but it's hard to dispute its influence. Wikipedia is one of the 10 most visited sites on the Internet and has versions in more than 270 languages. Most striking of all, it remains a not-for-profit enterprise.

Along the way, Mr. Wales has become his own type of celebrity. He is the public face for Wikipedia's legions of faceless volunteers and a cheerleader for its efforts worldwide. When we meet, he is embarking on a media blitz to mark the site's 10th birthday. Later that evening, he appears on The Daily Show with Jon Stewart.

For a time, you couldn't visit Wikipedia without seeing his face, part of a fundraising drive that raised $16-million (U.S.) through more than half a million small donations. Despite that exposure, Mr. Wales says he doesn't really get recognized in public - except at Apple stores and in Germany, where Wikipedia apparently has become a minor national obsession.

At 44, Mr. Wales is a unique figure in the technology world. While he hobnobs with Mark Zuckerberg and Bill Gates, he makes no money from his creation. Indeed, it's hard to imagine either of those moguls talking excitedly - as Mr. Wales does - about the Tamil, Ukrainian, and Swahili versions of their inventions.

I ask whether he has any regrets about keeping Wikipedia, which some have estimated could be worth more than $3-billion, a non-profit endeavour. "No, no," he says. "For me, it's something really special in our culture. I think 500 years from now people will look back and they'll say, 'That Wikipedia was really something interesting.'"

First things first: food. Mr. Wales, wearing a blue striped shirt and a caramel-coloured jacket, is starving. His order of scrambled eggs with chicken-apple sausage arrives and he begins forking it into his mouth.

Interviewing Mr. Wales has a hall-of-mirrors quality. I've looked at his Wikipedia entry, which includes details like his breakup with a girlfriend and the controversy over whether he is the founder or co-founder of the site (philosopher Larry Sanger, a key early hire, also claims the title; Mr. Wales has called the debate "silly"). At the same time, Mr. Wales knows that anything he says to a journalist could find its way, relatively quickly, into the entry. "You get this odd view of yourself," he says.

The son of a teacher and a grocery store manager, Mr. Wales grew up in Huntsville, Ala. By his late 20s, he was working toward a doctorate in finance when he decided he was bored with academia and set out for Chicago to trade options and futures.

Soon Mr. Wales, a long-time programmer, was lured by the opportunities on the Internet (in truth, he doesn't sound like a born trader; asked whether that job was stressful, he responds, "Not really - it's somebody else's money."). He and two partners started Bomis, a Web portal focused on laddish content - cars, sports and women. It foundered in the dot-com bust, but had a surprising legacy: It provided the initial funding for what would become Wikipedia.

Today, Mr. Wales is a board member, one of 10, at the Wikimedia Foundation, which oversees Wikipedia (Sue Gardner, formerly of the CBC, is the foundation's executive director). But Mr. Wales also acts as a sort of godfather for the site, someone from whom volunteers seek advice on disputes and grievances.

He's the main point of contact for some of the most sensitive issues Wikipedia faces. One example: In late 2008, New York Times reporter David Rohde was kidnapped by the Taliban in Afghanistan. Concerned that any publicity would further endanger him, the newspaper sought co-operation from other media organizations to keep the kidnapping quiet.

It did, however, pop up briefly on Wikipedia, so the New York Times called Mr. Wales. Aware that any entry he edits is subject to intense scrutiny, he passed the matter on to one of the site's administrators. Since there was no reliable source for the information about the kidnapping, the administrator deleted it and temporarily locked the entry, preventing changes.

Amazingly, the Times managed to keep the kidnapping out of the public eye for another seven months before Mr. Rohde escaped his captors. Mr. Wales recently met with Mr. Rohde and his wife, who hugged him, almost in tears. "I knew we did the right thing," he says. "I was really proud of the way we handled it."

Mitch Kapor, a technology pioneer and a founder of Lotus Development Corp., has known Mr. Wales since 2003 and acted as an informal mentor. He credits Mr. Wales with the skill of exercising leadership through inspiration and persuasion, rather than direct authority.

"A less farsighted person would be tempted to retreat from volunteer control, decentralized [power] and anonymity," Mr. Kapor says. "He does not retreat and he is very good at articulating why."

Mr. Kapor likes to tell the story of how he and Mr. Wales - who identifies as an Objectivist, a philosophy of radical individualism inspired by writer Ayn Rand - once had a long discussion about health care. When pressed, Mr. Kapor says Mr. Wales admitted the government should have a role in ensuring a basic level of care. "He doesn't fit easily into categories," Mr. Kapor says with a chuckle.

For someone of strong philosophical convictions, Mr. Wales has a genial, live-and-let-live attitude. He doesn't hesitate to describe people as "super sweet" (Jimmy Carter, for instance, and even Mark Zuckerberg, both of whom he knows personally).

"My life is amazing," he says. He roams the world, splitting his time between London and the Tampa Bay area of Florida, where his 10-year old daughter lives. He is passionate about expanding Wikipedia's reach in the developing world. His for-profit business, called Wikia - a place for enthusiasts to build caches of knowledge and exchange notes on their favourite topics - is growing quickly. "So, you know, maybe I'll make some money there," he says.

By now, our plates are empty and Mr. Wales is dodging phone calls. He excuses himself with a jaunty goodbye, off to the next conversation.

Educated at Auburn University and received a master's degree from the University of Alabama. Pursued doctoral work in finance at Indiana University but did not complete his dissertation

Moved to Chicago in 1994 and joined Chicago Options Associates, where he traded futures and options

In the late 1990s, founded several startups, including Bomis, a "guy-oriented search engine"

Favourite book is The Fountainhead by Ayn Rand

Currently reading The Genius in All of Us by David Shenk 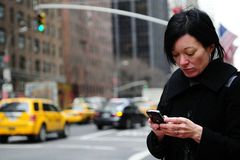 Opinion
Journalism in the age of WikiLeaks
December 31, 2010 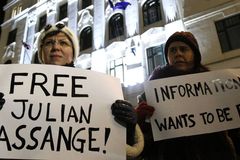 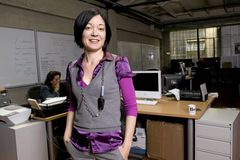 The digital world at your fingertips
July 11, 2010 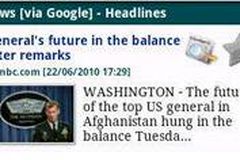