A few years ago, Maya D'Alessio, 27, knew exactly what she wanted to be: a professor.

But today she's not so sure. While she's finally into the homestretch of her microbiology PhD at the University of Waterloo, Ms. D'Alessio says she's worried about an oft-quoted statistic making the rounds lately – that just 8 per cent of those with PhDs in life science eventually land a tenured professor position at a university.

"Eight per cent! And they're not actually training us to do those jobs. They're training us to know how to do the research part – which is only about a third of what the job is," she says before itemizing all the other tasks involved: supervising, mentoring, teaching classes, budgeting and applying for grants.

It's probably a good thing she has decided to fill in that experience gap with missing soft skills. She's taken numerous career workshops on campus and even took a break from her PhD to work full-time as president of the university's graduate student association.

"I worked with a lot of strong personalities and that actually helped me apply that to working with my supervisor and some of my lab mates," she says. "I was aware that I needed to develop the soft skills because the job market is changing and that's stressful."

David Lindsay, chief executive officer of the Council of Ontario Universities (COU) in Toronto, isn't surprised that students like Ms. D'Alessio are feeling the heat as they enter their career years. According to a study from the Brookfield Institute, whose mission is to strengthen Canada's innovation and entrepreneurship systems, an estimated 42 per cent of the Canadian labour force is at a high risk of being affected by automation in the next decade or two.

But there's good news as well: Manoeuvering through those changes is made easier with a university degree, Mr. Lindsay says.

"Knowing how to think critically, solve problems and communicate complex subjects are skills that, even if technology or the job market change, you've got those transferable skills," he says. "It's not just about the job experience of the day. It's part of building resiliency as an employable person over decades."

What's even better perhaps? Combining a degree with beneficial elements typically found in college or university programs such as co-op terms, internships and other experiential learning opportunities. It's the ultimate one-two punch, career-wise.

Universities are beginning to offer more co-op and alternative options in programs other than just engineering and tech. For instance, Ryerson University's new master program in data science and analytics partners with companies such as IBM, St. Michael's Hospital, the Toronto Stock Exchange and The Globe and Mail to give students hands-on training. Meanwhile students at Nipissing University can take experience certificate program, iLEAD (Learn through Experience, Action and Discovery) earning credits with workplace internships, service work and even international placements.

Or, another way to fill experience gaps after graduation? Leave university behind and attend training options such as Singularity University, Bitmaker or BrainStation.

With offices in Toronto, New York, San Jose and Vancouver, not to mention an online component, five-year-old BrainStation has trained 50,000 people in user experience design, search engine marketing, data analytics, iOS development and other topics. Jason Field, founder and CEO, says that about 95 per cent of students have a degree or diploma already and many are looking to augment it with specific skills that open doors to tech careers.

"Because things are drastically changing and shifting so quickly, opportunity is actually greater in this industry than in any other industry out there," he says. "For young individuals right out of school, they can grab something and make it theirs."

BrainStation runs a variety of full-time and part-time professional development courses that can be taken in as little as 10 weeks. Mr. Field points to a recent example when Apple changed its mobile programming language from Objective-C to Swift.

"If someone just came out of school and picked up Swift, the new programming language that week, they could technically be the most advanced Swift developer in the world," he explains.

Highly employable too, no doubt.

For her part, Ms. D'Alessio is busy making soft skills opportunities for herself outside the classroom by getting out into the community on her own time. She's even scheduled to speak to a girl's Brownie group in a few weeks about what it's like to be a woman working in a STEM field.

"I have to think about the best way to communicate my research to six- to 10-year-olds, how to engage them and make them excited about it," she says. "That's an interesting skill set in itself." 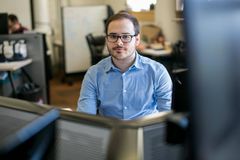 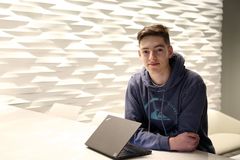