Carmen Medina spent 32 years at the CIA as an analyst and self-described organizational heretic. Speaking after retirement to a Providence, R.I., audience, her reference to being an organizational heretic stirred local leadership consultant Lois Kelly to share concerns about the many other rebels at work whose intentions are good but who have nobody helping them.

As the duo started working together, friends warned Ms. Kelly she could sabotage her career, since clients wouldn't like someone helping rebels. But they have persisted, convinced that workplaces are losing out by shutting down the rebels in their midst.

Asked in an interview about the rebel who won the presidency of the United States, they counter that the campaign record suggested he is a troublemaker. Through that period he was egotistical, a loner, cynical, great at complaining but weak on presenting solutions – failing to present a picture of what he wanted to achieve. Those are troublemaker traits, quite different from the way rebels act, although the duo suggests time may show different character attributes.

Ms. Medina had many years where she flailed away, ineffectively, at the CIA, before reconfiguring her approach. In the interview and their book Rebels at Work, the duo highlight the mistakes rebels need to stop making, including:

Not prioritizing ideas: Rebels often have lots of ideas so they must discipline themselves to only raise one or two a year, focusing and building support. "Don't say everything that comes to your mind. It's so simple, but I certainly missed it at the CIA," Ms. Medina says in the interview.

On their website, they share questions to determine if something is worth your effort: How much value would this idea provide, does it support the organization's goals, do I believe it's possible, will other people support it and how much do I want to do it? Your answers should be classified as low, medium or high value.

Going solo: If there's no support, it's just one person's idea and won't get very far. To some extent that weeds out people fuelled by ego. They have to figure out how to make "my idea" into something shared by others. "Ideas always become better when people collaborate," Ms. Kelly says.

She also notes that Gallup research shows the value of having a friend at work. Going it alone will just burn rebels out. They need friends.

Failing the pitch meeting: Ms. Medina says she repeatedly got too fired up for meetings where she was intending to pitch her ideas and so wasn't effective. First, you will win the pitch meeting if you don't view it as the mighty moment but have already worked to sell your idea. Second, be brief at the session. Don't view it as selling, but as getting feedback. If you have an hour, speak for 15 minutes (attendees already should have been exposed to the idea) and use the rest of the time to discuss it, getting them engaged. "That's the final step of buy-in. You're making the idea everyone's idea," Ms. Kelly says.

Not being skilled at handling difficult conversations so you raise the manager's anxiety: Don't view conversations as something you have to win. Indeed, don't view them as combat. Ms. Kelly will often defuse situations by asking others, "How important is this to you?" Often people get tangled up in conflict when the issue is marginal to them and when they realize that, hostility dissolves. Be alert to the narcissism of small differences, which can be illustrated in political groups where people who essentially think alike go to war with each other over minor stuff.

Ignoring personal danger signs: Being a rebel is tough on the soul. There can be ecstatic moments, but more often, there's a feeling of rejection. Take care of yourself. "People are surprised at how important this is," Ms. Medina says. Every night, write down three things that went well. Occasionally write a letter of self-compassion, remembering a difficult time, acknowledging your feelings or thoughts and mentoring yourself with some compassionate advice or encouragement. Also, they stress not "making a Himalayan out of a mountain" – the obstacles you face can be great, not molehills, but still keep your perspective.

How to cultivate a creative corporate culture
February 13, 2017
Keep your coffee order simple, and other practical workplace tips
February 6, 2017 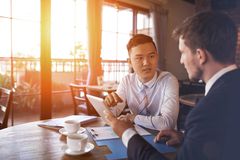 Six ways men can better mentor women in the workplace
January 30, 2017
The only five e-mail folders you need
January 27, 2017
Looking for work in 2017? Create a job search game plan
January 2, 2017
Follow us on Twitter @globeandmail Opens in a new window
Report an error Editorial code of conduct
Due to technical reasons, we have temporarily removed commenting from our articles. We hope to have this fixed soon. Thank you for your patience. If you are looking to give feedback on our new site, please send it along to feedback@globeandmail.com. If you want to write a letter to the editor, please forward to letters@globeandmail.com.
Comments