The buzz surrounding the much-anticipated book Blockchain Revolution: How the technology behind bitcoin is changing money, business, and the world co-authored by renowned media visionary Don Tapscott and his son, blockchain expert Alex Tapscott, is well founded. I was lucky to be seated at the standing-room-only Canadian book launch and presentation at Rotman School of Management recently, attended by Canada's business elite. Much of what Don Tapscott had predicted in his 1994 book The Digital Economy had come to pass, and as such, the audience was all ears.

To understand blockchain technology, or to try to at least, is to understand the buzz. At a high level, according to the Tapscotts, the blockchain is the most important digital innovation to follow the Internet. It is the technology which underpins the digital currency bitcoin, and its disruptive capabilities are expected to be huge, impacting not only financial services, but virtually every industry, institution and even government in the world.

Where the Internet is the modern engine that radically changed the way we exchange information, the blockchain is the technology that will revolutionize how we do business through its ability to facilitate, verify and record the exchange of value, whether that value comes in the form of intellectual or physical property, money, art, and so on.

Through blockchain technology, banks and other third parties are no longer required to facilitate the exchange of funds. As someone whose career began in financial services, I spent my early days administering small payments such as debit interest reversals and wire transfers. Later on in private banking, I went on to approve and validate the authenticity of transactions valued in the multi-millions. Does the disruptive capacity of blockchain technology speak to me? You bet it does.

In March, Don Tapscott tweeted his hypothesis that "having more women in the blockchain ecosystem would mean better collaboration and more sensible governance." Based on the positive correlation between higher levels of women in leadership and stronger business results, this comes as no surprise, and given the gender gap that exists for women in STEM, Don Tapscott's advocacy certainly caught my attention.

The Blockchain Revolution discusses one of the technology's more positive outcomes, that being the opportunity to "pre-distribute" wealth, keeping more of it in the hands of those who generate it. From the nanny sending funds home to the Philippines to the Grammy-winning female recording artist, women stand to gain by the blockchain's elimination of brokers, custodians, and other intermediaries who charge huge fees for their services.

While there may be many gains for the technology's female stakeholders, there are few female leaders in the blockchain 'ecosystem'. In Blockchain Revolution, Don Tapscott and Alex Tapscott openly acknowledge that "the blockchain movement is overpopulated with men." That said, they identify a number of "high profile women founding and managing companies in the space," but they are in short supply comparatively.

Perianne Boring is one of the few women leading the blockchain movement whose work is referenced in Blockchain Revolution. As founder and president of the Chamber of Digital Commerce, the world's largest trade association representing the blockchain and digital asset industry, Ms. Boring has been on a mission to promote the acceptance of blockchain technology world-wide.

A global thought leader in blockchain technology, she has influenced policy development and testified before numerous governments, cautioning them against trying "to fit transformative technology into a box that was built for brick and mortar financial institutions."

Ms. Boring readily acknowledges the gender gap in blockchain-based entities, where women represent only 9 per cent of the industry, and believes that more involvement by women will improve the overall reputation of the space. A student of monetary policy, her initiation into the blockchain came by way of her curiosity about the digital currency bitcoin and its blockchain foundation. She took a technical dive, studying the space entirely on her own, and realized there was a huge opportunity for anyone and everyone interested in being a part of a new era of digital transformation.

The absence of female mentors can on its own create a barrier to entry. To succeed, women have to "mentally prepare themselves for the environment they're going to have to work in," says Ms. Boring. This means accepting an environment where there is a significant gender imbalance. Her advice for women wanting to lead this new frontier is simple: "Push forward. Be bold. Be courageous, and know that you're in the right place at the right time."

Where the Internet gave women an opportunity to self-publish, establishing an authoritative leadership voice on social networks such as Twitter and LinkedIn, and bi-pass historically male dominated editorial boards and media owners, the blockchain is the newest digital paradigm that will allow women – and indeed other demographic groups – to pay themselves first.

The thesis of the Blockchain Revolution is compelling. And if the protocols of blockchain technology create new opportunities for women in leadership and a more level playing field for female stakeholders, you can definitely count me in.

Does likeability trump all other leadership skills?
July 6, 2016 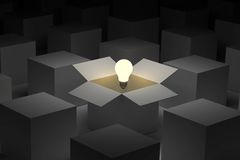 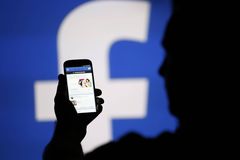