If you're in a leadership position – or aspire to be in one – at some point you'll likely face a situation where you find yourself being promoted among your peers.

This has happened to me twice – once when I was promoted from the head of our consumer practice to general manager of our Toronto office in 2009, and again this past February when I became president of Edelman Canada. In both cases, I found myself suddenly managing several direct reports who were not only co-workers but confidantes – and yes, former peers.

It can be intimidating to climb above your colleagues on the proverbial career ladder – perhaps even more so if you're moving from a specialized area of expertise to a more general leadership role overseeing a department, office or region. While I was excited about my new role, I'd be lying if I said I didn't wonder, at least initially, how my promotion might impact my working relationships.

On both occasions, I moved through the transitions smoothly by following some key strategies for success. But don't just take my word for it – my former peers have weighed in with their thoughts (in italics below):

Surround yourself with those in the know

"Lisa understood quickly that she needed to keep a team of subject matter experts close at hand in her new role – she never claimed to "know it all" and her former peers –myself included – respected her candour and trust in us."

Former peers may be your greatest allies when it comes to cultivating a team of deep subject matter experts to support you in your new role. Particularly if you've been promoted to lead a large organization, it's not reasonable to expect that you'll suddenly have the same breadth of knowledge as your former peers who may have specialized in specific areas of expertise for many years. Acknowledge and embrace the strengths of your colleagues through inclusive management – and let them know that their position of strength in helping to advance the business is valued. You'll further their trust in your leadership by demonstrating how much you value their knowledge and support.

"In many ways, Lisa still behaved as a peer but there was no question who was in charge. She encouraged all of us to work together towards a common goal and shared success equally, but she ultimately drove and assumed absolute accountability."

As much as it's important to let others feel valued, it's just as important to establish your leadership. While there are different schools of thought on how quickly to implement change, I'm of the mindset that people want leaders to lead – and it's important to make your mark with some immediate positive changes rather than a "wait and see" approach, which employees may interpret as a fear of making mistakes.

For example, when I became general manager of the Toronto office – a role that previously didn't exist – I immediately formed a Toronto leadership team, consisting of all of our department heads. I also empowered the leadership team to co-create the firstEdelman Toronto employee engagement plan. These changes not only had a positive impact on the office, but they also solidified my leadership within the firm.

"Being honest about not having a plan immediately ultimately helped to manage expectations while removing the pressure for Lisa to have every answer on day one."

A promotion is a business decision, just like every other change that happens at your company. And change often makes people nervous. Acknowledge any concerns brought forward to you by your former peers, and then come up with an action plan to address them, even if you don't have all the answers. They'll appreciate your transparency, and you'll continue to build a foundation of trust.

Distance yourself from your former position

"Lisa didn't fall into the trap of continuing to make the same decisions as before, which could have confused her old peers and challenged her replacement."

Transitions can be as long or as short as you want. Keep it short. If people keep coming to you with questions about things you were previously responsible for, re-direct them to your successor, even if you have the answer they need. Be a partner, not a micro-manager. Distancing yourself from your former position also give your replacement the leeway to make his/her own mark.

Promotions are great reasons to celebrate – but even more so if you're thoughtful about how best to take the lead. 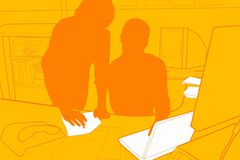 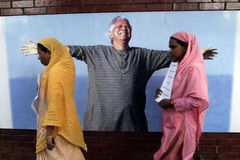