I'm often surprised when I meet leaders of companies who don't have a professional presence on social media. My first question is – why? I've received a variety of excuses including time constraints, lack of understanding of the platform, a hesitation to be so accessible, and one of the most frequent excuses I hear – "I don't have anything to say." This last excuse is a tough one for me to swallow. As a leader, you always have something to say and you should be the one saying it. Here's why:

You are your company's brand

As a senior leader, you represent your organization and people want to know who you are. As I've previously said, building your employer and personal brand is crucial to shaping others' perceptions of you. A presence on social media is a must-have for anyone looking to cultivate a strong, authentic brand. Consumers want to form relationships with the companies they buy from and that means hearing from you. It's no longer enough to offer a great product or service. If you want people to buy what you're selling, consumers expect to know what you stand for.

As a leader, you should be sticking your neck out instead of hiding your head in the sand. The wonders of technology have done incredible things for the world, one of which is making leaders accessible. Don't hide – you can't. Instead, take control of your message and tell your company's story. If you don't, someone else will and it likely won't be as truthful and as authentic as it is coming from you. A great example of taking control of the message comes from John Chen, the CEO of BlackBerry. He wrote a compelling post on LinkedIn in response to the pressure he received to capitalize on Kim Kardashian's pronouncement that her BlackBerry was her "heart and soul." Rather than acquiesce, he took the opportunity to explain why this isn't the right time for BlackBerry to focus on the consumer market and he reinforced the company's current business direction. By sharing his voice on social media, Mr. Chen redirected the conversation to the message that was most important for the company.

Better to start sooner than later

One of the reasons that Mr. Chen's post was so credible is because it wasn't the first time he took to social media to disseminate his company's message. Kim Kardashian's support of BlackBerry was a positive story, but what if the story Mr . Chen had been responding to had been a crisis? How would you reassure your customers? In the face of such an issue, your company's message should come from the top, and if you don't already have a solid presence on social media, it can look inauthentic and contrived. It's better to build a following and earn trust with readers before you really need to take action.

Your employees are everywhere

Long gone are the days when employees would receive company news in the form of a hard copy memo from the CEO. Employees find information about their company from a variety of sources, including social media channels. They want to hear from their leaders and feel that they are accessible, accountable, and engaged. This also applies to the people companies haven't hired yet. One of the first things that potential recruits should do when considering working for a company is to research what the leader has to say. If a leader isn't aligned with the company's message and brand, maybe the leader is disengaged from the company entirely.

I think fear is the root cause of many of the excuses I hear from leaders about why they aren't on social media. Leaders are afraid they'll say the wrong thing or that their messages will be misinterpreted. Unfortunately, your words and actions can be still taken out of context even if you avoid the conversation altogether – regardless of the platform. If you don't speak for yourself, others will speak for you. Being active online allows you to steer the conversation and be a part of the discussion.

We often fear what we don't know. The more comfortable you are with social media platforms, the more willing you will be to voice your opinions and share your company's message. Ask someone in your communications or marketing team for a tutorial and let them know that you'd like to be more active on social media. Chances are they've been waiting to hear that from you and will jump at the chance to help.

Brian Church is country manager for Canada and head of sales solutions for North America at LinkedIn (@LinkedIn).

What I learned about leading from a Paralympic champion
May 12, 2018 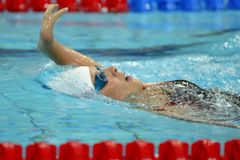 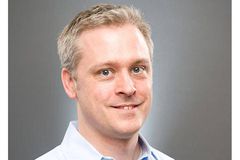 Want a clean company? Don’t burn the whistleblowers
May 14, 2018 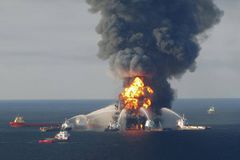