Brian Scudamore is founder and CEO of O2E Brands, which includes home-service companies including 1-800-GOT-JUNK?.

I used to think that to be an effective leader, I had to be the smartest person at my company. I tried to be the best at everything – from sales to public relations to hauling junk. I even used to challenge my team to "book-off" competitions to see who could book the most jobs on a given day. I did whatever it took to win, fearing I'd look less competent if I lost. But when my team started beating me, I learned a simple fact: if you're the smartest person in the room, you're in the wrong room.

The strongest businesses are built on the smartest people – not on one person. You can't grow unless you have the brightest and most innovative people in your corner. If you let your ego run the show (like I did), you'll hold your business back from growth and development.

In business, competition is usually seen as a good thing. It motivates people to strive for the impossible, rallies a team behind a shared goal, and encourages a sense of camaraderie within your organization. But competition within teams is a fine line: It has the potential to derail your company and put you on a fast track to failure.

With those book-offs, instead of working together with my team, I was constantly trying to show them up. I thought I was driving healthy competition between employees, but instead, I unwittingly alienated them. As the leader, I got caught up in the belief that I knew what was best for the company. Eventually, I realized other people were far better than me at certain tasks; the sooner I let go, the bigger and better our business would become.

Leaders don't need to have all the answers

Leaders often feel pressure to have the answer to every question. But no one is an expert in everything – not even you. You wouldn't expect your accounting department to be fluent in business technology, so don't hold yourself to an unrealistic standard, either.

I've learned that strong leaders don't fight to have the first and last word. They listen to their teams, ask the right questions, and give everyone the chance to contribute. Instead of trying to do it all, find people who can do it better. With the right people in place, you can take a step back to focus on your strengths – like leading your team and planning your company's future.

Empower your team to make decisions

Founders often find it stressful to give up control of their companies. Lack of control causes the same turmoil for employees, too: It contributes to lower engagement, higher stress and can even cause people to leave their jobs. But when you give people autonomy, morale improves and people are happier and more productive.

When our first PR manager asked me how we could get on The Oprah Winfrey Show, I didn't give him the answers. Instead, I asked what he would do to make it happen. As it turned out, he already had the tools to solve his problem: He reached out to Harpo Studios through multiple channels and his persistence got us on the show. He took an approach that I wouldn't have and got the results we needed. By taking ownership of the situation, he felt empowered and in control of his business.

The best leaders rarely have the highest IQs or the most prestigious education. In fact, many of the world's most inspiring leaders are high school dropouts. That's because leadership isn't always something that can be taught; it's an inherent ability to motivate and guide a team to success.

Great leaders aren't know-it-alls who constantly try to outshine everyone. They admit when they're wrong and genuinely want to learn from others. At the end of the day, it's not about being the smartest person in the room. It's about building a team with the smartest people you can find. 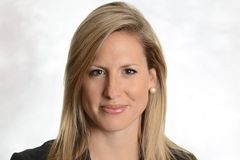 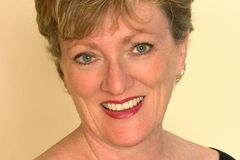 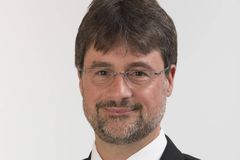 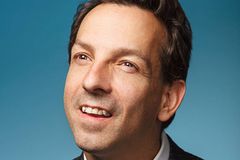 Three myths about the applicants med schools are seeking
September 28, 2017 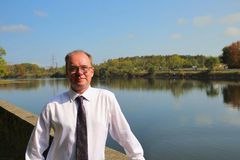