There is a saying that integrity is about doing the right thing, even if no one is watching.

For companies, the motivation to do right can be viewed from two perspectives. On a base level, it dramatically reduces the risk of a public-relations disaster and long-term financial and reputational impact on account of having done wrong.

However, new research suggests that doing right is less of a means to an end than an end in itself.

The sporting industry and corporate Canada could learn a lesson from that finding. With the French Open set to begin, the public will once again be reminded of the allegations earlier this year that the sport's integrity police failed to act on suspicions that 16 of the top-50 ranked players were involved in match-fixing. The issue of failing to respond appropriately to cheating has also plagued cricket, horse racing, soccer, NASCAR, college basketball and football – to name a few.

And the plot surrounding cheating in tennis grows thicker with Russian tennis star Maria Sharapova's failed drug test, which resulted in many corporate brands questioning her integrity and quickly distancing themselves to maintain their own reputations. But that's the business of sport. Do Canadians have the same level of expectation around integrity in business as they do of the sports world and its athletes?

As it turns out, they do.

In a recent study, FleishmanHillard surveyed Canadians to understand their expectations of companies from 20 different industries and the nine drivers that impact reputation – everything from management behaviours to customer benefits to society outcomes. The weight of expectation varies by industry. For example: Canadians expect banks and airlines to perform consistently; we expect innovation from luxury automotive and consumer electronics; and when it comes to discount retail, fast fashion and grocery stores we want better value. No surprises there.

Where it gets interesting is when we look at the commitment to doing right which, more often than not, Canadians said means being transparent and operating with the highest ethical standards. Doing right is unquestionably a driver of corporate reputation that Canadians hold high across all industries.

Sadly, there is no shortage of high-profile examples where companies or its leaders haven't operated with the highest integrity.

Volkswagen's 'diesel dupe' uncovered that its engines emitted nitrogen oxide pollutants up to 40 times above allowable limits. The scandal has had devastating effects on Volkswagen's stock price, which reached an all-time high prior to, but dropped by more than half on the day VW recalled cars, and hasn't increased much since that time.

According to an independent report that followed former radio host Jian Ghomeshi's fall from grace, the CBC failed to provide a workplace that was free from disrespectful and abusive behaviour. And most recently, Brazil president Dilma Rousseff has been suspended 180 days while a Senate impeachment trial occurs, for cooking the country's books.

What's consistent across all of these examples is that the companies or individuals who misbehaved did so thinking they were exempt from consequence.

For them, it was more profitable to act without integrity than it was to operate with integrity, all the while assuming they were free from accountability. Now under the scrutiny of the full light of day and with the final arbiter, the court of public opinion, a decision will be rendered on the future of these companies and individuals.

So what can we learn from these public debacles? For the companies who have fallen from grace: own up to the issue, apologize, seek solutions and demonstrate that you are accountable for your actions.

For those companies who have their own skeletons yet to be discovered: be true to your values and do right by your employees, customers and other stakeholders. Act with integrity by being transparent and ethical – because even if you think no one is watching – in today's "always on" world you can be assured that someone somewhere is most certainly paying attention to what you are up to. The price of falling short of expectations is hefty; just ask Volkswagen, the CBC and Dilma Rousseff. 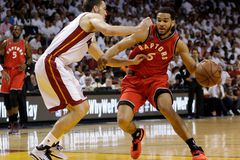 Four ways to develop a referral network to boost sales
May 17, 2016
Myths about millennials in the workplace
May 19, 2016