In 2011, I had the privilege of acting as Edelman president and CEO Richard Edelman's chief of staff for one week. With his permanent chief of staff on maternity leave, Richard had chosen to have senior representatives from Edelman offices around the globe act in this capacity on a rotating basis.

While I was only with him for a short time, it was nevertheless an incredible learning experience, and I vowed to apply many of my learnings from the experience to my own role as general manager of Edelman in Toronto.

One such learning was the importance of empowering and listening to all employees, regardless of their level. Given that one of Edelman's core values is entrepreneurialism, the notion that great ideas can come from anywhere is truly embedded across the firm. I witnessed several exchanges between Richard and several employees during my week with him in New York, and the enthusiasm he shared when presented with their ideas was inspiring.

Before my week with Richard, I too fully embraced the notion of collaborating with employees to bring fresh thinking to the business. In fact, since I came into my role as general manager in 2009, I've led several collaborative initiatives with employees: moving to an open-concept office environment, which fostered cross-practice collaboration and created a unified, office-wide culture; holding frequent lunches with employees to get their feedback on what's working well – and what's not – in the office; promoting mentorship activities throughout the network, and more.

Yet access to senior leadership consistently remained a top priority among employees – and based on a recent employee survey, they wanted more. So, drawing inspiration from my week with Richard, this past summer I held the office's first executive job shadowing program – essentially, my own version of having a chief of staff for a week. Since I'd found my chief of staff experience to be so valuable, my hope was that whomever took on this role would find the same – and that we'd both ultimately benefit from the experience.

Here's how it worked: anyone in the office was eligible to participate. We just asked interested employees to put their names forward for a draw. The selected employee would have the chance to sit beside me for a week and literally shadow all of my meetings, phone calls, and activities. He or she was encouraged to actively participate and contribute. At the end of the week, the employee would return to his or her regular role within the firm.

Here are some of the key takeaways from the experience:

1. It's crucial to be authentic

If you're going to bring an employee into the executive fold, you have to be fully open and transparent. If it's not a genuine experience, it's just simply not worth doing. It's true there may be times when the "chief of staff" will be privy to confidential information, so it's important to have a discussion (or even sign an agreement) beforehand about "what stays in the room." But my chief of staff said he appreciated how frank and open the experience was, and he came away with a better understanding not only of what I do, but how business operates at the executive level. When employees know you're being open and honest, their respect for you and their trust in your leadership contributes to a strong corporate culture – and in turn, creates important advocates for your company.

2. It's a two-way learning experience

In addition to attending various meetings, my chief of staff also had the opportunity to help out with some of my work, including presentations and other written materials. While it was a chance for him to try new things, I also received an injection of fresh thinking into my work from someone with a completely different perspective. The job shadowing week also took place in the middle of planning meetings for our move towards a new team structure, and my chief of staff was able to provide valuable insight for the leadership team on the mindset and needs of more junior employees.

3. It's an opportunity to mentor future leaders

My chief of staff told me that one of the biggest benefits for him was the opportunity to gain a glimpse into what his career could look like. "While I'm not yet at a stage where I'm in a position to be part of a leadership team here, it's something that I aspire to be able to do some day," he told me. "I have short-term goals for my career, but this experience provided an opportunity for me to see what I could be working toward for the long-term, too."

4. It has to be part of a bigger commitment

Introducing the job shadowing week was the next step in furthering our culture of collaboration – it didn't come out of the blue. As I've said before, it takes a long-term commitment to effect change, but it's a commitment that reaps many benefits: improved retention rates, attracting the smartest talent, and ultimately, a boost to the bottom line. 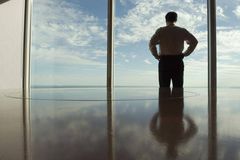 Why leaders should care about their company culture
May 11, 2018

How Ryerson gives commerce students a head start on careers
May 12, 2018 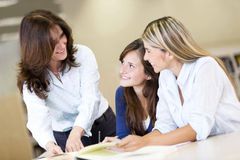 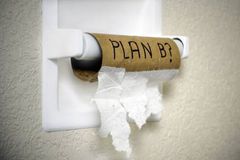 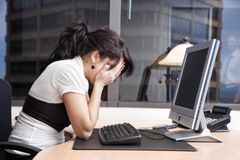