Canadian 'unicorns' are rare entities. By definition, unicorns are tech startups that reach a market valuation of a billion dollars, give or take a few million. Eloqua was one such Canadian-born unicorn, with Toronto native Paul Teshima on its executive team. Mr. Teshima served as Eloqua's SVP of Product/Customer Success through to its acquisition by Oracle for $957 million (U.S.).

Mr. Teshima's success at Eloqua was not random. Full disclosure: I have known Mr. Teshima since high school and throughout university, which is long enough to know that his work ethic and his character are equally strong. In describing himself as being a "mediocre (now terrible) singer" in his Twitter biography, I can tell you he's being humble. Paul is a great singer. When he sang Sad Lisa by Cat Stevens for his year-end solo in vocal music, our class cheered wildly.

In recent years, I've learned about his professional life, and his aspiration to repeat his success a second time. Joining forces with Steve Woods, one of Eloqua's three founders (the others being Mark Organ and Abe Wagner), the two created Nudge Software, a modern networking app that identifies opportunities for growing weaker business relationships into stronger ones.

As they work to accelerate Nudge's user growth, the weight of expectations is huge, from the family and friends who participated in Nudge's initial round of financing, to the team members who have signed on to work with them.

In managing these expectations, one of Mr. Teshima's challenges is to overcome a degree of imposter syndrome, a fear experienced by high-achieving individuals that their success is a fraud, often chalked up to pure luck and good timing. As CEO of Nudge, he faces pressures that most of us will never understand.

Even so, there are insights to be gained. Here's how Mr. Teshima leads his team with the weight of a unicorn on his shoulders:

Part of Mr. Teshima's approach to team building is to encourage team members to better understand themselves, their strengths and weaknesses, and to trust in their potential. Looking inward, Mr. Teshima knows what makes himself tick: that he has to manage his past success by trying not getting overwhelmed by it, and work hard to keep the 'fire in his belly.'

Inspire others to do great things

Mr. Teshima's father Ted, an architect and one of his greatest mentors, instilled in him a "do it right" mentality. While managers get people to accomplish great things, leaders help people to feel motivated while accomplishing them. Not only does Mr. Teshima hope to inspire others to "do it right," but to keep doing more, because they really want to.

Hire for, and sustain, motivation

Nudge has hired on the basis that you can teach certain skills, but it's harder to teach motivation. The company's initial hires were mostly engineers eager to code, regardless of what the last ten or fifteen years of their careers may have looked like. Being willing to get their hands dirty again was critical. But sustaining motivation is what really drives Mr. Teshima. According to Mr. Woods, "Paul's ability to understand what motivates people and what they need to become better in their careers has led him to create both industry changing products and teams."

Give your team wings

With a culture of motivation established, Mr. Teshima can lead in a hands-off fashion and consistently bet on his team to work at their best. Kevin Hurley, Nudge's marketing lead, says, "Paul has the experience to tell me exactly how I should do my job, however he understands the importance of ownership, and lets me run with major projects without looking over my shoulder."

"Natural curiosity is a fantastic thing," says Mr. Teshima. "I used to have customer success people who just loved marketing. It didn't matter if they had to do it or not, they always were trying to learn more about what their customers were doing, and that just made them better." And it's not just curiosity about business. Mr. Teshima sees everyday curiosities being inextricably linked to high performance.

Mr. Teshima lives by the quote from golf legend Gary Player: "The harder you work, the luckier you get." The year his son was born, he had 25 business trips that took him away from home. That was a difficult time for him personally, but rewards don't come without sacrifices. While unicorn culture has a reputation for success coming easily, in reality, it derives from working towards solving a very big problem one day at a time.

Given the majority of Nudge's employees spend their days writing code, it's important to create a fun work environment. One of the ways Mr. Teshima achieves this is through music. Each month, team members contribute three songs to a new playlist, and then get together to try to identify who submitted which songs. It helps them learn more about each other through a common interest in music, and keeps the work atmosphere engaging and connected.

Nudge's music ritual comes as no surprise. In our final high school yearbook, Mr. Teshima cited lyrics from AC/DC alongside his graduation photo: "No stop signs, speed limit, nobody's gonna' slow me down." It's clear that Mr. Teshima has always possessed the motivation to propel his team and his business forward. Whether or not Nudge is the next Eloqua, he's giving it his best shot.

Hilary Carter (@TweetFromHilary) is a digital leadership consultant and the founder of InTune Communications (@AreYouInTune), a strategic communications firm that helps companies and individuals amplify their messages and build their brands on social media networks. 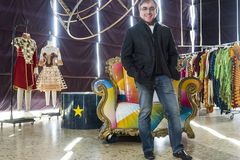 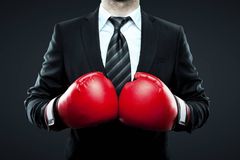