The typical definition of an entrepreneur is, 'an individual who starts a new business', but within that definition, there are actually two categories: traditional entrepreneurs (who might open a McDonald's franchise or a dry cleaning company) and innovative entrepreneurs, who launch ventures that offer a unique value proposition. Only about 15 per cent of all start-ups fit into the latter category. I studied this group closely over an eight-year period, in an effort to uncover the origins of innovative – and often disruptive – ideas.

My colleagues and I interviewed nearly 100 inventors of revolutionary products and services, as well as founders and CEOs of game-changing companies – people like Amazon's Jeff Bezos and Intuit's Scott Cook. We asked each entrepreneur to identify the moment when they came up with the idea for their business, and as we reflected on their answers, some clear patterns emerged.

We were able to identify five skills that distinguish these individuals: questioning, observing, networking, experimenting and associative thinking. In some cases, the idea came after they asked a question, which triggered a creative answer. Soon after amazon.com was launched, Marc Benioff of Salesforce.com was literally swimming with the dolphins in Hawaii, when he asked himself, 'Why shouldn't all software follow the Amazon model?' That led to the original business model for Salesforce.com.

Others were observing when it happened. Scott Cook talks about when he saw the Apple Lisa – the first computer to offer menus and a graphical user interface. He suddenly realized that he could create accounting software that didn't 'look like' accounting software – that it could actually look like interfaces that people were used to seeing in the real world. That was the seed of the idea for Quick Tax [now called Turbo Tax.] For others, it was a conversation. Mike Lazaridus, one of the original founders of BlackBerry [now Research in Motion] told us about a conversation he had where someone described to him how Coca-Cola vending machines were able to send wireless information to their warehouses, indicating that a particular machine needed a refill. He thought, "Wouldn't we all love to hold something like that in our palms, and be able to send data to others?" That led to the BlackBerry.

Others were out exploring and experimenting when their idea hit. Jeff Bezos talks about the idea for Amazon coming to him as he was surfing the Internet. One day, he came across some data on Internet usage, which said that it was growing at a crazy rate, like 3,200 per cent per year. That led him to ask himself, 'What products could I sell using this popular new tool?' Many of the entrepreneurs also described how they suddenly associated things that hadn't been associated before. This final skill can be triggered by any one of the other four skills. It's what happens as the brain tries to synthesize and make sense of novel inputs. For example, at one point under-the-arm deodorant designers looked to ballpoint pens for their ability to let liquid flow from a source.

Today, a culture of entrepreneurship that encourages and supports the five skills is increasingly powerful. Unfortunately, in my work I have noticed a natural pattern in the evolution of an enterprise that makes it very difficult for established companies to do this. In the earliest stages of any new business, the most important thing is to come up with a product or service that people will pay for; and this is the stage when the five discovery skills are so important.

Jeff Dyer is a Professor of Strategy at Brigham Young University and the Wharton School of Business. He is the co-author, with Clayton Christensen and Hal Gregersen, of The Innovator's DNA: Mastering the Five Skills of Disruptive Innovators (HBR Press, 2011) and co-founder of iDNA, a consulting firm based on the book's principles. His most recent book is The Innovator's Method: Bringing the Lean Start-up into Your Organization (Harvard Business Review Press, 2014).

A version of this article appeared in the Fall 2016 issue of Rotman Management, the magazine of the University of Toronto's Rotman School of Management. Reprinted with permission 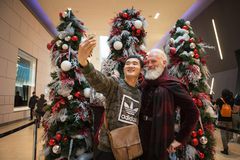 How to successfully close the skills gap
January 10, 2017
Gender equity is good for society and business – you can bank on it
December 6, 2016
Follow us on Twitter @globeandmail Opens in a new window
Report an error Editorial code of conduct
Due to technical reasons, we have temporarily removed commenting from our articles. We hope to have this fixed soon. Thank you for your patience. If you are looking to give feedback on our new site, please send it along to feedback@globeandmail.com. If you want to write a letter to the editor, please forward to letters@globeandmail.com.
Comments