President and CEO of Morneau Shepell.

Here's an unsettling fact. One of Canada's most-renowned universities, with a student population the size of a small city, is chronically reliant on philanthropic donations to meet the demand for on-campus mental-health programs.

Let's think about that for a second.

Imagine having to scramble every year for donations simply to meet a minimum service standard. Now imagine being an institution without the luxury of a large rolodex of donors – relying only on tuition fees or internal funding.

It's unacceptable. Especially as rates of anxiety, depression and suicide surge in our country's student population.

While Canada has shown tremendous global leadership around mental health, we're falling behind the United States, United Kingdom, Australia and others on student mental health. From a lack of provincial strategies to an absence of 24/7 supports to a tepidness towards piloting new technologies, we're shortchanging our next generation.

Canada's universities and colleges are at the frontline of a mental-health crisis. And they need help.

Invest in prevention and early intervention

Most mental-health disorders emerge between the ages of 16 and 24. And the longer they're left untreated, the more debilitating they become – often leading to other costly, long-term chronic conditions.

Investing in prevention and early-intervention services for students saves lives. An early assessment and treatment can halt the negative course of mental illness and emotional distress, and improves a student's capacity to recover. It also dramatically reduces long-term disability during adulthood.

According to a University of Michigan study, 25 per cent of dropouts with a grade point average (GPA) below 3.0 screen positive for at least one mental illness. The same researchers estimated that for every 500 students treated for depression, 30 dropouts are avoided.

To see the impact of early interventions, let's look at California. In 2011, the state agreed to invest US$8-million annually in mental-health training, peer-support programs and counselling at public universities and colleges.

This very modest investment led to a 13-per-cent increase in service usage within two years. The result: 329 additional students graduating per year, leading to an estimated societal benefit of US$56-million per year. A 7:1 return on investment.

According to Pew Research Center, 80 per cent of young adults report texting as their primary form of communication. Sixty-two per cent use mobile devices as their first choice for looking up health information.

Chances are, if a student needs mental-health support, they'll look to their smartphone.

Technology funding must be at the core of any provincial post-secondary mental health strategy. It's cost-effective, scalable, and amplifies on-campus resources. It also provides students with timely access to care, increasing their willingness to seek support.

Technology is also a great equalizer. It allows institutions to cast a wider net, which is especially important for underserved student segments.

International students, for example, are vital to closing our country's innovation gap and making Canada a magnet for global mandate attraction – think Amazon's search for its second headquarters, HQ2. But are we supporting them during their times of need?

If we want these talented young people to stay and succeed, they must receive culturally sensitive mental-health supports. And these services should be delivered in a uniform manner, regardless of whether the student is in Sackville, N.B., Scarborough, Ont., or Surrey, B.C..

Digital-counselling technology – connecting students to support based on language and cultural needs – offers the best, most cost-effective path forward. Governments and institutions must embrace it.

Discussing mental health is often challenging and awkward. Yet, to move forward, we must normalize the issue. And there's no better place to start than elementary and high school.

Creating an atmosphere where mental health is regularly discussed, early intervention is the norm and innovative technologies are embraced will pay off for decades to come.

Three business leaders on how to reach the top of your industry
March 14, 2018 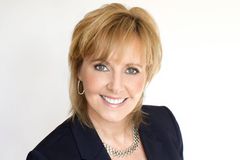 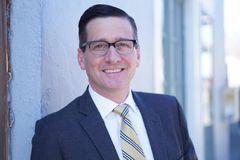 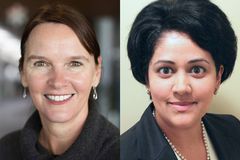 How companies can counter abuse of power in the workplace
March 8, 2018 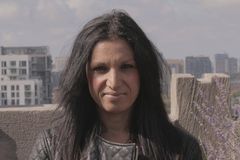