Jargon is everywhere: corporations, not-for-profits, hospitals, universities, and even sports team all have their own baffling expressions and acronyms. The only commonality seems to be that jargon is universally used – and loathed – by everyone.

But why do people keep using words they despise? I set out to answer this question when researching my book. After extensive interviews, I concluded that people use jargon because they are tempted by the few benefits it occasionally offers. Yet using jargon in an attempt to derive these benefits usually backfires and ends up hurting a person's ability to influence or lead. That's why the most effective leaders cut out jargon and replace it with clear, powerful language.

If you want to cut out such ineffective language, you first need to understand that not all jargon is created equally.

By understanding what jargon you are using or hearing, you can then make a conscious decision to continue using it, modify it or avoid it entirely.

Let's start with the jargon that can be useful to leaders:

This consists of acronyms or terms that may refer to larger concepts. (Think of a CEO talking about EPS – earnings per share – when speaking with analysts.) Leaders know that as long as their entire audience understands what such shorthand refers to, the benefit is faster, quicker communication.

This is the kind of distinct jargon that every profession and industry has; using it effectively can bring people together and create a sense of belonging. (Think about football, a sport in which unique phrases like, "carrying it across the goal line" or, "throwing a Hail Mary" serve as a common dialect.) This kind of industry terminology can also allow professionals to quickly establish themselves as credible and knowledgeable. When used and understood in context, this level of jargon can create strong social ties and signify belonging.

Yet most jargon doesn't even have the above described benefits. Instead it usually confuses and alienates listeners. Here's the jargon you need to avoid at all costs:

This jargon is a product of a speaker's inaccurate assumptions. (Think of the disconnect when the speaker uses "CSR" and means "customer service representative" when the audience thinks "corporate social responsibility".) Speakers who use acronyms while under the mistaken assumption that their audience knows what they mean, or who use technical terminology without explaining it are guilty of creating this kind of jargon. Leaders take great pains to be sure their audiences know what they mean or to define their terminology to ensure clarity.

This jargon replaces simple, clear language with more impressive-sounding words. (Think of someone who says "utilize" rather than "use", or who tacks "on a go-forward basis" onto the end of every sentence.) While this jargon can make speakers sound more knowledgeable, leaders know this kind of language creates barriers between them and their listeners and should be avoided.

This jargon papers over a lack of precise, clear thinking with impressive sounding words. (Think of the executive who says her group needs to become "agile" without defining what exactly that means.) This jargon differs from assumption-driven jargon because in this case, the speaker actually doesn't have a clear sense in his/her own mind of what the jargon means. Leaders know this kind of jargon is dangerous because it either baffles an audience or undermines speakers who are incapable of explaining it.

This jargon is designed to intentionally baffle and confuse an audience. (Think of the language used by companies to sanitize the difficult realities that accompany mass layoffs – terms like, "rightsizing", "workforce optimization", or "enterprise decruitment".) In some cases, this kind of jargon is a well-intentioned attempt to avoid conflict, in others it can be a more diabolical effort to confuse and bewilder. Leaders know that being direct and honest is crucial and so avoid this kind of language at all costs.

So the next time you hear the siren call of, "synergy" or, "leveraging" – proceed with caution. Odds are you are better off using words that express your ideas with clarity.

Bart Egnal is the author of Leading Through Language: How To Choose Words That Influence And Inspire, and president and CEO of The Humphrey Group, a company that teaches leadership communication skills globally. Follow him at @THG_Bart.

I have a criminal record. What are my job prospects?
February 7, 2016

Five ways to love your colleagues, even when they make mistakes
February 7, 2016 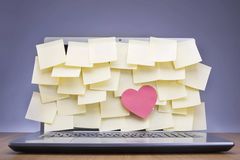 Real estate CEO overhauled his lifestyle – then his company
February 5, 2016 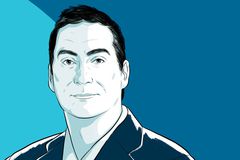