Google's Chade-Meng Tan used his 20 per cent "free time to figure out how to bring compassion to the world. He is Google employee #107, holding the title of Jolly Good Fellow.

As interviewed by Karen Christensen:

When Google famously allowed its engineers to spend 20 per cent of their time pursuing a passion, you chose to spend your time on a cause dear to your heart. Please describe it.

Back in 2003, I was taking a walk and letting my mind wander, when I had an epiphany. Suddenly, I knew what I wanted to do for the rest of my life: I wanted to focus on creating the conditions for world peace in my lifetime.

Back at my desk one hour later, I was asking myself, 'Who am I to take this on? Is it even possible?' But the thought kept returning, and after a while, I realized, 'This is for real.' I began to think about what it would take to create the conditions for world peace, and after some time, I realized that the solution might be to scale inner peace – joy and compassion – worldwide.

Of course, the next question was, how? Given human nature, I realized that I would have to somehow align peace, joy and compassion with success and profit. If I went around the world spreading a message of peace and compassion, people would applaud – and nothing would happen; but if I brought success and profit into the picture – so that people realized, 'This is how to become more successful – the message would spread.

After much research, I arrived at the conclusion that the vehicle for bringing compassion to the workplace was Emotional Intelligence. The problem was, nobody knew how to train it in adults. I assembled a team of some of the world's top experts in this area to figure out what the program should look like. It included Mirabai Bush, founder of the Center for Contemplative Mind in Society; Stanford Neuroscientist Philippe Goldin; and Daniel Goleman, who literally wrote the book on Emotional Intelligence. We got everyone together, and we designed the Search Inside Yourself program.

Describe the strong link that exists between compassion and happiness.

Compassion is actually the happiest mental state that has ever been recorded in the history of Neuroscience. A French monk named Matthieu Ricard was the first person to be examined in an fMRI [Functional Magnetic Resonance Imaging] machine. He had 40,000 hours of meditation training under his belt, and the scientists hooked him up to the machine and said, 'Meditate on the concept of 'compassion', and we'll see what happens in your brain'. They put him into the chamber, and the levels they recorded in the brain areas denoting happiness were off the charts.

When the researchers saw this, they agreed there was only one conclusion: equipment failure. So, they recalibrated the machine and put him back in. Same results – and it wasn't just Matthieu: they studied others with 10,000 hours or more of meditation and got the same results. For a long time, Matthieu had been teaching about compassion being the happiest human state – and now he had the scientific data to prove it.

So, the research shows a connection between compassion and great happiness. The question is, why are these states connected?

This hasn't been answered scientifically yet, but I have a hunch: when you are in a compassionate state of mind, your sense of self begins to fade away, and there are two important things about this. The first is, much of our suffering in life arises from our sense of self. My identity – like everyone else's – is very much tied to how I am treated, the things that I do each day and the things I notice – everything related to 'I'. The second part is that when you think from a state where you are selfless and compassionate, it brings about something the Greeks called 'agape', or selfless love. This is the highest form of love that can be expressed in the human experience.

As indicated, your mission is to create the conditions for world peace in your lifetime. Looking around today, are you optimistic?

Yes, and I am even more optimistic about scaling mindfulness. The reason is efficacy: it just works so well. Think about physical exercise for a moment: back in the 1950s, exercise was thought of as weird. People thought, 'Why would any respectable business person want to run up and down the street?' It made no sense to people. But once we figured out that exercise leads to a healthy body and more energy – which can lead to greater success – it was widely embraced. The same thing is now happening with mindfulness: people are figuring out that it is 'exercise for the mind', and that it creates mental fitness.

Reprinted with permission from the Winter 2016 edition of Rotman Management, published by the University of Toronto's Rotman School of Management. rotmanmagazine.ca

The pros and cons of unlimited vacation
March 9, 2016 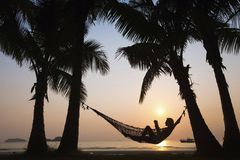 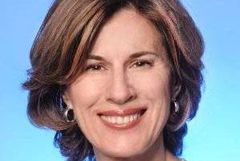