Having cycled across Africa, a 12,000-kilometre trip with about 74,000 metres of ascent – hill climbs, from sea level in Cairo to the top of the Great Rift Valley at about 3,050 metres and then down again to the sea in Cape Town across 10 countries, top to bottom in four months gave me pause for thought. That distance is longer than Halifax to Vancouver – return. As a management consultant, I had plenty of time to think about management – while in the saddle, pedalling six hours a day, a typical day in the office. Many have used golf as a metaphor. Cycling is better.

Riding in all sorts of weather conditions is a metaphor for life. Coping with torrential rain and sandstorms throughout the day and night does build grit and resilience. Daily six-hour bike rides gave a meditative period to sort out all the issues of living – looking back and planning forward. The quote – "You can't change the wind but you can change the sails" – was apt.

Riding in a peloton has interesting group dynamics and teamwork. It needs co-operation as people move to the front of the pack, cycle hard and then drop back to let others do the work for a spell. Cyclists at the front break the wind and set the pace as others in the team relax, caught in the draft, their work made easier. The leaders – usually two – pedal at a faster pace for five minutes than they would over a four-hour period; they are carrying the rest of the pack for that brief 5 minute period, knowing that they too will be able to relax once they have done their duty and can drop back. Every member of that peloton needs to pay attention, riding tightly, to avoid crashes, while gaining efficiencies: the classic risk reward. Peloton riding – teamwork – can yield efficiencies in the 10-20 per cent range easily, while also increasing each individual speed.

Each day in the in the saddle required considerable effort, whether it was cycling through the Sahara, up the hills in Ethiopia (3,050 metres), through torrential rain or corrugated dirt roads. The salami approach was the key stratagem. I would start each day, saying to myself that I had to get to lunch, the halfway point. Then, feeling fine, I would continue. I did that with country after country. Had I started out thinking about the 12,000-kilometre ride, I would have been exhausted just thinking about it.

I started with setting a big goal – that vision thing – allowing for failure. I had never cycled more than 100 kilometres before starting the 12,000-kilometre trek. I had set a huge goal, allowing for off ramps as the trip progressed, not knowing what I was capable of. I knew it would take time and I allowed for it and so became my mission.

Measuring progress was essential for the body as well as spirit. My cycling computer – measuring my speed, ascents, distance and heartbeat was critical. When it wasn't working, when I didn't see those measurements, my progress suffered – as did my spirits. At one time, it broke down. I ordered another, as I saw its importance.

Management, especially at the executive level, is about managing risks: mitigate or accept the risk. My risk-management approach was an analysis of possible points of failure: in preparation and then execution, mental as well as physical, and equipment. So I trained before I went, doing long rides, getting fit. As the mental challenge was unknown territory, I accepted that risk with no mitigation strategy in mind. To mitigate equipment failure I brought extra parts, most of which were used.

I now know that I will never be a professional cyclist or even a bike courier. However, while there were no thunderbolts, it did give me time to revisit the basics of management with a wonderful story to tell while feeling more confident about life's next set of challenges.

Alex Beraskow, a management consultant for more than 25 years, is president and CEO of MyReno411. He can be reached at alex.beraskow@bell.net. 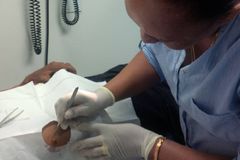 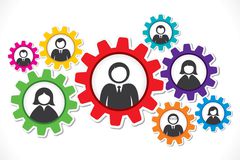 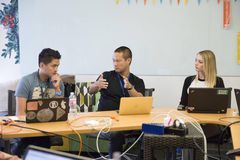