University of Waterloo graduate Keith Farlinger is the global CEO of BDO, a public accounting, tax and advisory organization.

As a Canadian who has worked all around the world, I've witnessed how positively Canadian firms are viewed internationally.

And this high regard offers great opportunity for Canadian companies – small, medium and large – to go global, especially with impending changes to the North American free-trade agreement. Countries and companies like to do business with Canadians.

So often, however, too many Canadian companies remain too passive when it comes to expanding beyond our borders. It's time we think more globally.

There are so many Canadian success stories. Ottawa's Shopify, for example, revolutionized e-commerce by allowing anyone to set up and run a digital store immediately, without requiring any in-house technical prowess. It encroached on territory held by giant Amazon until two years ago when Jeff Bezos closed his Amazon Webstore aimed at small- and medium-sized businesses because it was more efficient to partner with, rather than compete against, Shopify.

And there are many lesser-known Canadian success stories; not only in technology, but industries like mining, manufacturing and others.

At BDO, we operate in 162 countries and territories, and we see global opportunities for small- to medium-sized Canadian firms on a daily basis.

If you're considering taking the global plunge, there are important factors to consider. These include:

Research your target markets: With the internet and other tools, learning about foreign markets is easier than ever; and despite the similarities, never assume there won't be differences unique to each market. Several years ago, I had one Canadian client with a small manufacturing business, and they expanded to India, where the owners originally came from. They knew the market, the laws and the employment opportunities. Most importantly, they knew local people. They ended up building their facility in an area not only ideal for their business, but with tax advantages they knew about because of their deep local contacts. Not everyone has such detailed local market knowledge, and that's where professionals can help.

Be agile and adaptable: Things change rapidly in the global economy, and you've got to be ready to seize opportunities. For example, after years of socialist rule, two years ago Argentina elected centre-right President Mauricio Macri, who is on a quest for economic growth. He's made it clear to the world his country is open for business. On the other hand, does Brexit create a wait-and-see attitude if you're thinking of investing in the U.K.?

Tap into your entire work force in Canada, not just the top echelon: Canada is one of the world's most multicultural countries with more than 200 different languages spoken, according to the last census. Employees at every level of your organization may speak the language and know the customs of potential global markets for your products and services. Millennials, who began networking online at very young ages, are also a key resource; tap into and leverage their personal and business connections. Not only can employees be a gold mine of information, but their insights can help with team-building when employees from all levels are called upon.

Take advantage of government resources: The Canadian Trade Commissioner Service (TCS) offers free services to help evaluate market potential, find qualified contacts and resolve problems. There are other government resources available, too. In my previous position as CEO of BDO's Americas region, I would visit Canadian consulates and embassies all over South America to tap into their local knowledge.

Concentrate on what you do best: Hire professionals who understand local laws and regulations, and can introduce you to a network of local partners who've been vetted and tried. Global organizations such as BDO can also put you in touch with Canadian companies operating in the same markets to talk about their experiences. In the last federal budget, the government called for bolstering goods and services exports by 30 per cent by 2025. We think that can be achieved or surpassed.

I know firsthand that there are so many wonderful opportunities for Canadians to go global. As an intern, I started at BDO in 1973 (then Dunwoody & Co.) and now have the honour of leading a global organization with 1,500 offices worldwide with US$8.1-billion in annual revenue.

Canadians are very good at converting vision into reality. We have the qualities to take on the world in so many different spaces. So why not do it?

Tips for success in the restaurant industry
February 26, 2018 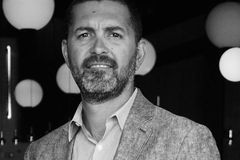 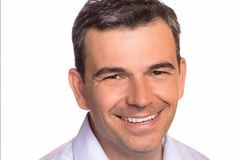 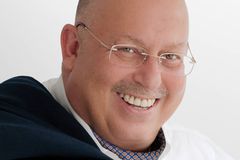 No job is too small to develop leadership skills
March 1, 2018 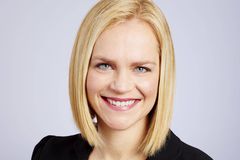 What happens to your career when you are hungry?
February 27, 2018