Kneeling down in a musty old closet full of dust balls, hands and arms stretched out with a tape taking measurements, I asked myself what I was doing. Not so much superficially – I knew exactly what I was doing: Taking measurements for a client's custom closet. As owner of a successful custom closet builder, I had trained a dozen or so employees to whom this particular day's task was normally delegated. However, I liked to stay involved in all aspects of the business and prided myself in being able to do any job in the company, from designer to assembler to accountant and, of course, general manager – my nominal role.

No, today I was asking myself a deeper question. What am I doing with my professional life? At age 46, I could be considered reasonably successful; a mechanical engineer who climbed the corporate ladder from technical work to sales and marketing to finance, and who had now struck out on his own, turning a woodworking hobby into a million-dollar business. Who wouldn't be ecstatic at that prospect? Well, me for one.

I have oftentimes met successful individuals at the pinnacle of their careers and was awed at how well they had managed their advancement to reach their desired goal. Not only had these men and women climbed the corporate or entrepreneurial ladder, but they were no doubt content with their station in work life. Or were they? Could an ambitious person fall into a pattern of always seeking the next challenge, the next promotion, the next pay raise, and somehow forget the reason they are doing it in the first place? Could we be suffering from a "keeping up with the Joneses" career mentality, while our dreams and passions get trampled by the wayside?

Like many small boys, I was always fascinated by aviation. Whenever a plane flew overhead, I would stare skyward mesmerized by the miracle of human flight. Soon, I was building static model airplanes followed by powered ones. Whenever my family took a plane trip, I would read all I could on the airline and the type of airplane we would be taking. By age 8, I could describe the differences between a 707 and a DC-8. By 10, I could rattle off every aircraft type then in service with the RCAF. And by 12, I could explain Bernoulli's principle (the basis for aircraft design). I knew I wanted to become a pilot and spend my time flying around the globe. But then ... life somehow got in the way.

The imperative of completing a serious education, establishing a successful career and pursuing advanced studies relegated the notion of becoming a pilot to that of merely pursuing a child's dream.

Most of the time we are surrounded by a myriad of choices, decisions and possible outcomes regarding our career, amidst the background noise of daily life. However, there are moments – a few isolated moments – where one's thoughts become distilled into one simple imperative and the path ahead becomes crystal clear. That day, kneeling in the closet, was one such moment: I knew I had to backtrack and make good on that boy's dream – my dream. Was it too late? Was I too old? Was I just plain crazy? It didn't matter. I knew that I had to make a go of it or forever regret it.

In less than a year, my business was sold. In 2009, I took up flying lessons and, within another year, had completed all the requirements to obtain my commercial pilot's license. Of course, with only 250 hours of flying time, no major airline would hire me. And so began my crossing of the desert, what every starting pilot must go through to build sufficient experience to become marketable. First, I went to Rouyn-Noranda in Northern Quebec to fly for a small company servicing mining camps using dirt air strips. Then I got hired on Anticosti Island (where 300 residents share the island with 300,000 wild deer) and flew the daily mail run for a year. Then it was off to Sept-Iles, Que., to fly small passenger charters.

At times, as a profoundly urban individual, I wondered if these sacrifices and self-imposed exile were worth it. I was away from family and friends for weeks or months at a time. My colleagues and superiors were mostly in their twenties – half my age – and had altogether different life preoccupations. The airplanes I flew were old and often poorly kept. Prospective employers were surprised when I walked into an interview, wondering if this wasn't just another manifestation of a midlife crisis and whether or not I would be staying with the company for longer than just a few months. I was heartened to occasionally meet other new pilots in their forties or fifties who were in the same predicament, confirming that I wasn't alone in making a late life career change. And then, earlier this year, a call came – an interview with Air Canada Express. It was looking for pilots to operate its shiny jets across North America. The little boy in me smiled from ear to ear.

The rest is history – and the dream did become reality. Today, I am a Toronto-based Air Canada Express first officer flying a Canadair Regional Jet. I hope to make captain next year and perhaps advance to yet larger aircraft.

Is my new career the land of milk and honey? Absolutely not. There are frustrations and difficulties all the time, as in any other workplace. Now in my early fifties, I sometimes wonder how long I wish to do this for. But I know one thing for certain: I would have forever regretted not trying.

Alan Eugeni is a professional engineer and MBA and was formerly a marketing consultant and CFO to several Quebec high-technology startups. He is also the founder and ex-owner of a successful closet manufacturing business. He is now a Montreal-based airline pilot with Air Canada Express and is type rated on the Bombardier CRJ200. 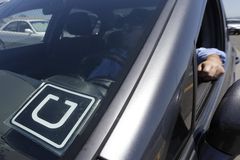 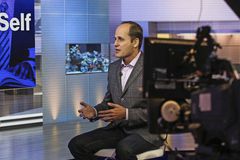 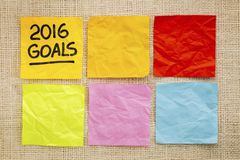