We're a nation of hoarders. I should know – my company 1-800-GOT-JUNK? became famous on a TV show that deals solely with helping people buried in their own junk. (I remember the first hoarded home I ever entered, with a wall of soup cans in the basement like an Andy Warhol exhibit, his stockpile could have lasted until doomsday.)

As bad as this pack-rat mentality is for people, it can be just as costly and destructive for entrepreneurs. As leaders, we hold on to past failures. We pile up ego-driven bad habits that just get in the way of our company's growth. We hoard authority and refuse to let go of decision-making.

With the new year, it's time to clear out any junk holding you back in business and start fresh. Here's how to let go:

Let go of mistakes Hard decisions are part of owning a business. In the first years of mine, I realized that the 11 employees I'd hired just didn't understand my vision. They could haul rubbish, but they couldn't make the mental jump to become first-rate customer service reps. I was aiming to turn 1-800-GOT-JUNK? into the world's biggest junk removal service and I had to clean house.

In the process of firing everyone and hiring a new team, there were times I wanted to pull my hair out. If I hadn't made hard decisions then, though, I'd still be surrounded by people content with the status quo.

Instead of obsessing over what I'd lost, I focused my energy on hiring the right people. I decided to build a culture with people who shared my vision, and was upfront about what I needed from my team. Today, we have hundreds of employees and are approaching a quarter of a billion dollars in revenue – achievements that wouldn't have been possible if I hadn't been able to make tough choices early on.

Let go of (some) responsibilities This is about putting your ego away – which can be a tough sell for any CEO. Sure, you have skills and ideas, or you wouldn't be where you are today. But sometimes you have to trust that the people you've hired will shine in their roles.

For instance, I used to go through every line of our budget, every year, with a fine-tooth comb. Sometimes it took weeks! Then I asked my COO to take it on because he's known for attention to detail. These days I only review the budget at a high level, focusing on the top and bottom lines – and our business is still humming along. When I did the same thing on the PR side, my marketing pro got me on Oprah – something I'd wanted (along with every other CEO in North America) for years.

Focus on your unique abilities, let go of the rest and watch your people[1] – and your company – thrive.

Keep the good stuff Even when you're unloading clutter from your home, there are some things you never want to get rid of: keepsakes, heirlooms, valuables, that neon beer light. In business, how do you decide what to keep and what to toss? In my case, I'm willing to let go of most anything if it moves my company forward, except core values and workplace culture.

We've all seen companies that let their central mission get muddied and paid dearly for it. In the dark days of the recession, Goldman Sachs effectively abandoned its mission to help clients and focused instead on maximizing its own returns. It hurt their brand (and helped the marketplace melt down). When cutting-edge BlackBerry got complacent and stuck to a keyboard design while the rest of the world turned to touchscreens (in stark contrast to its culture of innovation), the brand entered a serious downward spiral.

As an entrepreneur, you've got to latch on to what's really important. I remember when our company was growing quickly and we needed a new executive to manage and drive that growth even further. That meant welcoming new ideas – but not necessarily all new ideas. Getting rid of our seven-minute daily huddle[2] because it was 'corny'? That wasn't going to happen. When I discovered our new executive had installed private offices for the c-suite, walling them off from the rest of our people, I came in like a wrecking ball. Having a transparent, open office was definitely a key part of our core culture.

Learning to let go as an entrepreneur isn't easy at first. After all, your business is your creation: something you've fed, nurtured and brought to life. Your sense of identity and worth are deeply wrapped up in its success. But I've met entrepreneurs who are just as obsessive about the details of their company as hoarders are obsessed with their junk. In the end, growing requires giving up control and getting rid of the baggage.

Figure out what's truly valuable about your business. Dump the trash. Keep the treasure – even if you have to fight for it.

As an entrepreneur, what are you letting go of this year?

Brian Scudamore (@brianscudamore) is the founder and CEO of O2E (Ordinary to Exceptional) Brands, which includes 1-800-GOT-JUNK?, WOW 1 DAY PAINTING, You Move Me, and Shack Shine. He helps others grow small to medium businesses and corporate culture. 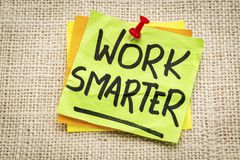 Huddle up! Seven minutes a day that will change your company
October 14, 2015 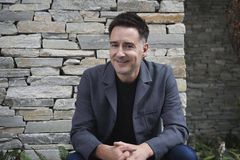