Leaving your employer to join a competing company or strike out on your own can be an exciting proposition – until, that is, you read the fine print in your employment contract. Reading words like "non-compete" or "non-solicit" can quickly turn your excitement about a new opportunity into unease over potential liability.

While deciding to compete against your employer is never a decision to be taken lightly, the good news is there is a decent chance the post-employment restrictions in your contract would not hold up in court, should you wind up there. Fortunately for employees, Canada's courts are decidedly reluctant to uphold agreements that limit an individual's ability to pursue the job of his or her choice. And much to the chagrin of employers, courts routinely refuse to enforce even the most clearly worded post-employment restrictions.

If you're thinking about competing with your employer in the period immediately following your departure, below are some of the issues a court will consider when deciding whether to uphold the non-compete or non-solicit provisions. Regardless of what your contract says, however, it is always advisable to consult with a lawyer to gauge your exposure to liability.

Did you get anything in return for agreeing to it?

An agreement is only enforceable if both parties receive "consideration" – i.e., both parties "get something" out of the contract. This will be a non-issue if you signed the agreement containing the non-compete at the time you were hired: in that case, you received consideration for signing it (a job). If, however, your employer simply required you to sign the agreement partway through your employment and gave you nothing extra in return, there may be a good argument it is void, for lack of consideration.

Does the clause preclude competition, or only solicitation?

If the clause in question prevents competition, it's unlikely to hold up in court. Courts are reluctant to enforce such provisions, and will only do so in exceptional circumstances. If, on the other hand, the clause only prevents solicitation, its enforceability is more likely – but by no means certain.

Does your employer really need a non-compete/non-solicit?

Courts will only uphold the post-employment restriction if the employer can prove it is actually necessary to protect its business interests.

This will in large part turn on how vulnerable your employer is to your competition/solicitation. How much confidential information were you privy to? How close were your relationships with key customers or accounts? How much damage could you really cause if allowed to compete in the same market, or go after the same customers, right away?

If your employer can't persuade the court the restrictions are justified to protect itself, they will not be upheld.

Is the clause overly broad in duration, geographic scope, etc.?

To be enforceable, a post-employment restriction must as a matter of law go no further than necessary to protect the employer's interests. The court will scrutinize the following three dimensions of the restriction to judge whether it is overbroad:

How did your employment come to an end?

... but beware: there could be implied duties in your employment contract

Even if your contract's non-compete and non-solicit clauses are unenforceable, you'll still be liable to your employer if you misuse its confidential information, and you may be limited in your ability to compete with the company if you worked in a fiduciary capacity. It's usually worth a visit to your friendly neighbourhood employment lawyer to help understand your legal exposure.

Disclaimer: This is a high-level overview of certain general principles of employment law for non-unionized employees in Canada's common law provinces, and should not be construed as legal advice. The author strongly encourages any employee contemplating competing with his or her former employer to seek the advice of a suitably qualified lawyer.

Gord McGuire is a senior associate with Adair Barristers, Toronto, practising in all manner of civil litigation.

What I learned from running my own business
October 3, 2016 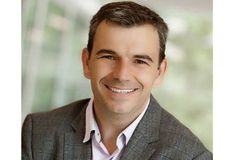 We’re breathing second-hand smoke from the business next door
October 3, 2016 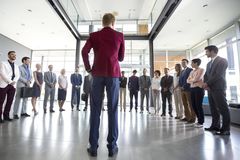