Senior executives face two main jobs. The first is to keep their organization running in tricky times, making money. The second is to anticipate the future, innovating as the pace of change continually accelerates.

But they have just one corporate operating system, or organized hierarchy of people, to accomplish those two different, increasingly separate tasks. And change expert John Kotter says it's not enough: We're going to have to learn a new approach, with dual operating systems, one being the traditional hierarchy, more tightly focused on today's productivity, and alongside it the other, separate operating system, a fluid network rather than hierarchy, staffed with volunteers from the organization willing to put in extra effort to fuel new initiatives.

It's a provocative – if somewhat hazy – idea that has evolved out of his work with organizations over the years, and which he recently unveiled in a Harvard Business Review article and elaborated on in an interview with The Globe and Mail.

In spring 1995, Mr. Kotter, a professor at Harvard Business School, published an article titled "Leading Change" in the school's magazine that, a year later, was turned into a best-selling book that made him the world's leading authority on change in organizations. It outlined a practical, eight-step process that attacked the glaring deficiencies in change efforts, notably by building a guiding coalition for the change; fully communicating the change vision (he argued that most organizations undercommunicated by a factor of at least 10); and generating short-term wins.

Recently, he has been preoccupied with the increasing speed of change due to global integration and technological progress, and how companies are failing to keep up. "Something different is needed. Incremental adjustment isn't working," he says.

Struggling with what's needed and inspired by some of the initiatives being tried by a colleague in his consulting group, Mr. Kotter, in response to a question at a meeting, turned to the nearby whiteboard and spontaneously started sketching out this dual operating network concept. Although it was a new revelation even to him, in reality he stresses, it was simply a reflection of what he was seeing emerging in organizations that were being more successful with change. "It is invented out in the field from the constant need to push the envelope," he says.

Most companies have an operating network, which responds to everything the company faces. It starts with the CEO and filters down through the various layers of the hierarchy, to the salespeople and proverbial plant floor. That doesn't change in this new change model. Everyone continues with what they are doing, albeit with a narrower focus: They simply concentrate on day-to-day operations, without having also to attend meetings on strategy for the future.

Instead, another network forms to anticipate and deal with the future. Its members volunteer for the assignments. And they don't give up their day job. They still must fulfill their operational work, but they add to it this new role of preparing the organization for innovative change. This applies, by the way, to universities, non-profits and governments as well as corporations.

It's a management-driven hierarchy working in concert with a strategy network. At the heart, he writes in the article, are five principles:

Many change agents, not just a few appointees:

To move faster and further, you need to pull more people than ever before into the strategic change game. In the interview, he talked of perhaps 10 per cent of the organization in the network, including a number of executive team members (but not all, since regular operations remain critical).

People in the network want to grapple with the future, rather than feel they are being forced to by their bosses.

Head and heart, not just head:

"People won't want to do a day job on the hierarchy and a night job in the network – which is essentially how a dual operating system works – if you appeal only to logic, with numbers and a business case," he writes.

At the core of a successful hierarchy is competent management. But the strategy network needs lots of leadership initiatives to succeed, thus involving different processes, language, and expectations.

The network and the hierarchy must be inseparable, with a constant flow of information and activity between them. That's not inconceivable since, remember, the volunteers in the network also work in the hierarchy.

The network applies the eight principles he first enunciated in 1995, but amended to the new framework. So far he has helped develop the concept in 10 organizations, and says he's batting 10 for 10.

"So we know we're onto something. It's not just theoretical. And we know this ever-increasing speed will hit everybody over time, so something fundamentally different is needed," he says. 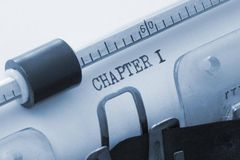 If you’re stressed, ask: Is this task something I really need to do?
December 6, 2012 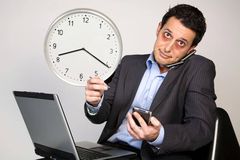 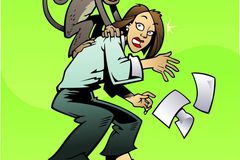 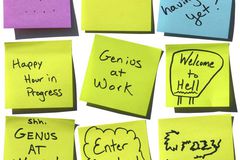 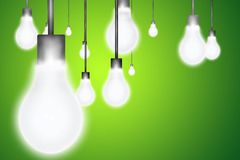 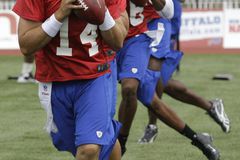