I have always been passionate about electrical engineering. I like math. I like science. I think technology really helps to improve quality of life.

My parents were a big influence on my career. My mom, she started out wanting me to be a doctor or lawyer, like many Asian parents. When I told her I wanted to be an engineer she thought I would be driving a train with grease under my fingernails. But she said, "It doesn't matter what you do, as long as you're passionate about it, that's what matters." My dad said, "Don't do what everyone else does. If you want to do something great, you have to chart your own course."

The defining moment in my career was when I was a co-op student at MPR Teltech. I was given 400 orange boxes and asked to open them all up and change a circuit. After two days, I was bored out of my brain. My fingers were full of blisters. My supervisor, who felt bad for me, gave me some context: He said the boxes were rescue beacons that people put on boats.

The month before, a fishing vessel off the coast of Alaska ran into some stormy weather and capsized. He told me that vessel sent a signal up to a satellite and rescue workers were able to rescue the people within a few hours.

I received a lot of support from Joe Fikart, who was my direct boss early on at Norsat and head of engineering. He identified me in his succession plan. He mentored me, gave me a lot of freedom, and told me, "Don't be afraid to make mistakes. You will make mistakes, as long as you learn from them." That way, I wasn't scared of failure. I realized that being successful means having some failures. It's just part of the equation.

Norsat fell into some troubled times. They had to lay me off for a while. When business picked up again, they asked me to come back and be vice-president of operations and engineering. In 2006, the company continued to have some troubled times. The strategy was to go big, or go home. We bid on a very large military contract and it never materialized. The board decided to take on a new strategy to be self-sustaining and said they wanted me to lead the company. That's when I was promoted to the CEO role.

At that time, my son was only two years old and my daughter was five. The company was in big financial trouble and it was that once-in-a-lifetime chance – an opportunity to change the course of the company. I also felt a responsibility to do it for the staff. Their jobs depended on me. These were people who supported me throughout my career.

Draw the line between work and personal life – and respect the line. There were times when I had to travel and would miss my daughter's concert. Instead of beating myself up, I would take a day off work and do something with my kids, like take them to the zoo.

The staff has grown from 40 people when I took the helm, to 170. The people, because they have seen us go through so much, are more than just co-workers. We are like a family at work and they continue to support me. Our success is due to the people. When you have everyone rowing in the same direction, you are going to achieve great things.

My chairman used to say I am like a velvet hammer: I get things done, but at the same time I do it with a light touch. My style has always been to delegate responsibility and authority and to be hands-off. I do use a lot of management tools that I've learned over the years. For example, we have daily huddles to discuss what's coming up, the issues and challenges.

I also have a bowl of chocolates in my office. Engineers and sweets, there's something about that. You can sometimes get a lot of things done by offering chocolate. 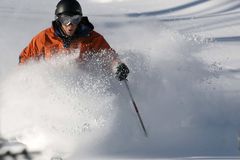