Life is going to get a little easier for the up-and-coming investment bankers at Bank of Montreal.

In what is believed to be a first in Canada, the firm's securities arm is putting in place new rules to ensure junior bankers get at least a little bit of time off, and senior bankers don't unnecessarily load them with last-minute work. It's part of a global trend by big-name firms from Goldman Sachs Group Inc. to Credit Suisse Group to try to ease the burden on junior staffers.

Serious concerns about interns working long hours gained traction after a 21-year-old Bank of America Merrill Lynch intern was found dead at his London home last summer after allegedly working for 72 hours without sleep. An inquest found he died of natural causes.

BMO's initiatives go beyond weekends off. Technology will be upgraded to enable people to get work done faster. And employees will be actively encouraged to get out of the office when need be to handle their personal lives, rather than hanging around trying to look busy in case a boss is looking – the dreaded "face time."

By the standards of the rest of the world, the measures may not seem like much. Junior bankers will now be guaranteed one full weekend off a month that is "protected" from interruptions. If they can't take that weekend because deals are just too pressing, they can bank it. Senior managers will be asked to stop assigning work after 2 p.m. on a Friday unless it is something that can't wait, such as number crunching on a deal that is happening. The goal is to try to minimize unnecessary work on other weekends.

Would-be bankers know what they are getting into when they apply for a job. The hours can be long, and worse, they can be unpredictable. When a client calls with a deal, staffers are expected to swing into action. Junior bankers produce reams of presentations known as pitchbooks to suggest prospective deals to clients. They also do much of the analytical number-crunching for transactions.

The reward is the potential of one day earning million-dollar pay packages and the adrenaline rush of working on game-changing transactions. Even so, workers are demanding more of employers, even ones in highly paid industries such as investment banking. That is creating the beginnings of a wave of change in the field.

Credit Suisse has told its junior bankers to stay away from the office on Saturdays, unless there is a deal that is "live" and can't wait. Bank of America's investment banking unit has also told junior staffers to disappear on weekends when possible. Goldman Sachs has struck a task force to try to find ways to make life more livable for staff on the lower rungs, and JPMorgan has put in place a "protected" weekend a month similar to BMO's.

Bank of America's memo said the firm wanted to encourage ""the efficient use of our time and resources, support work-life balance, increase our junior banker staffing levels and enhance the overall work experience."

Mr. White said the message at BMO is that "we are investing in careers, not just the pitchbooks that are due next week."

BMO's project began in the summer, when the firm asked groups of junior bankers what they thought should be done. The message the firm got was that people don't mind working hard, Mr. White said, but they do like to feel they are working more smartly and that their time is used respectfully.

To be sure, there is plenty of skepticism around such initiatives. Will banks really stick to the higher bar they are setting?

Mr. White stressed that BMO has tried to build in mechanisms to make sure nobody flouts the system. For example, any senior banker wanting to assign work Friday afternoon will require approval from the head of his or her group. Fear of showing up too many times in their bosses' offices with such requests should force bankers to ensure that work that could be done earlier in the week is taken care of before it ruins a junior banker's weekend.

"We will monitor it and hold senior bankers accountable," Mr. White said. 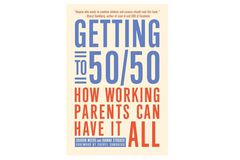 I’ve been told to push my overworked staff even harder
December 8, 2013 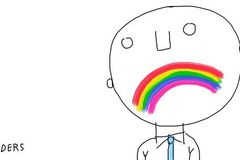