SNC-Lavalin Group Inc. chairman Gwyn Morgan takes to heart the meaning of the word "group" in the company's name.

The globe-girdling engineering and construction firm - at the top of this year's Board Games corporate governance survey - is well known for a strong corporate culture that emphasizes collegiality and commitment to teamwork inside its different divisions.

Even the president and chief executive officer works within the framework of a 10-member Office of the President, made up of senior executives.

Board Games 2009: Overall rankings for corporations

So when it comes to executive compensation, the board makes a point of regularly fine-tuning its pay policy according to what it believes are fair-minded, down-to-earth principles, Mr. Morgan says.

"SNC-Lavalin has a reputation for being conservative in that area," he said. "Certainly our executives think so," he adds jokingly.

"We've never been out there with what are regarded of as extravagant things and golden parachutes and all this stuff.

"If the people at the top are recognized inequitably [with huge pay packages] with the whole group it's a disincentive," he said.

"I'm always amazed at the crazy kinds of compensation at the top levels in some sectors - the financial sector in the U.S., especially - that are a huge disincentive for those who are actually pulling the freight every day."

With shareholder pressure growing on pay at public companies, Mr. Morgan and his fellow board members are acutely aware of the need to constantly reassess the company's compensation policy.

"The next thing we're going to do is examine longer periods of holding back incentive shares and putting more emphasis on long-term performance, even more than there has been."

Fostering nimble decision-making means the board needs a judicious mix of generalists and experts, says Mr. Morgan, the former CEO of EnCana Corp.

As the issues become more complex, it makes sense to get experts in their fields, besides the need for SNC-Lavalin to have some directors with engineering backgrounds, he said.

The board recently recruited Ian Bourne, the former chief financial officer at TransAlta Corp. He's "a real financial expert who is going into our audit committee," Mr. Morgan says. The board is currently looking for a new director with a more international profile, "hopefully from Europe," who can bring a global perspective to a company that oversees projects in more than 100 countries.

Board Games methodology: Corporations The Globe and Mail's Board Games 2009 evaluates and ranks corporate governance practices in Canada. See the methodology we use in compiling the survey

The ideal generalist candidate would be a former CEO, he says. "Someone who really knows what it's like to put together a business, a strategy, be accountable every day for running a business and been successful at it."

Alas, such candidates "are not easy to get."

Mr. Morgan says the board is wary of putting in place a formal policy regarding the recruitment of women; there are now three women of 11 directors, which is not bad by Canadian standards, but the board prefers an informal process that ensures strong female candidates aren't overlooked.

After the recent appointment of a new CEO - insider Pierre Duhaime took over from Jacques Lamarre in May - the board is satisfied it has a workable succession process in place, Mr. Morgan says.

"The succession-planning process goes on every year. It's pretty well standard practice." 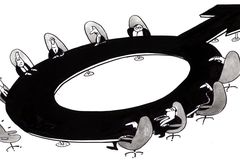 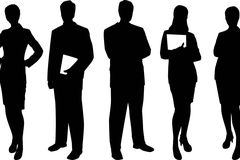 What can be done to address the gender gap on boards?
December 15, 2016
TD paves the way on compensation and disclosure
May 2, 2018 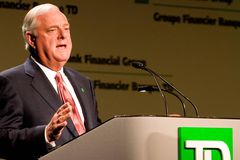 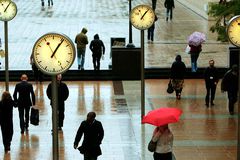