Carol Bartz set tongues wagging again after Fortune magazine published a profanity-laced interview in which she dishes about being dumped as Yahoo Inc.'s chief executive officer.

Yahoo's chairman Roy Bostock gave her the boot – over the phone – on Tuesday. Ms. Bartz, 63, later reached for her iPad and shot off an e-mail to the company's 14,000 staff to tell them how she'd been fired.

But that act of retribution was nothing compared with her subsequent interview with Fortune.

"These people fucked me over," Ms. Bartz told the magazine on Thursday. In addition to referring to Yahoo's board of directors as "doofuses," she recounts how she ripped into Mr. Bostock for using a prepared legal statement to dismiss her: "Why don't you have the balls to tell me yourself?"

Known for shooting from the hip, Ms. Bartz is a journalist's dream. But with a public relations nightmare raging over both her removal and reprisal, employment experts say the key lessons to be learned are 1) how not to fire a CEO, and 2) the importance of leaving a job without acting, well, like a yahoo.

"Both parties handled it really, really badly," said David Whitten, a partner at the Toronto-based law firm of Whitten & Lublin LLP, which focuses on employment law.

"Especially in a publicly traded company like Yahoo, the main objective for both management and the board should be damage control when you are going to change the captain of the ship. And that is done by a concerted message that both parties agree with and a messaging strategy that both parties stick with."

Once publicly disclosed, such departures are categorized as "resignations" so that neither side takes a hit to the reputation.

According to a person familiar with the matter, Ms. Bartz was fired over the telephone because there simply was no time for a face-to-face meeting. Ms Bartz was in New York, Mr. Bostock in California. "She was travelling … It is not uncommon for it to happen this way."

The company has declined to comment but its press release on Tuesday made it clear that Ms. Bartz had been "removed by the board from her role" as CEO – a job she's held since 2009 – apparently because she wasn't meeting goals they had set for her, such as boosting revenue and reviving the company's share price. Tim Morse, Yahoo's chief financial officer, is temporarily taking the helm.

Nonetheless, Yahoo's board of directors is under fire. An activist investment fund, which has a 5.2-per-cent stake in Yahoo, called for a board shakeup on Thursday, including the resignation of Mr. Bostock.

Daniel Loeb, chief executive officer of investment adviser Third Point, issued a public letter blasting the board for making a "serious misjudgment" in hiring Ms. Bartz and then taking too long to oust her.

"While the decision to hire her alone is grounds for questioning the board's competence, its willingness to turn a blind eye to these serious problems … is even more troubling," Mr. Loeb said.

Cecile Peterkin, a Toronto-based career coach, says over-the-phone firings have grown more common in Canada and the United States since the last recession. And, in Canada, a 2008 Supreme Court decision in the case of Keays v. Honda Canada Inc. has made it less costly for companies to employ such irregular terminations.

That precedent "means that up here in Canada – although we recommend that you handle the process in a kind and gentle and respectful manner because of that duty of good faith that an employer owes to an employee – unless the employee ends up under a doctor's care, you're likely not to have to pay much more than you ordinarily would if you do it over the phone," the lawyer Mr. Whitten said.

Still, given that most front-line workers are fired in person, dismissing a top executive over the telephone is odd, said Larry Savage, who teaches labour studies at Brock University. He warns Ms. Bartz's firing could have a chilling effect on Yahoo's employee morale.

"It is a way of striking fear into people who work for the company – that they know that they are expendable," said Mr. Savage. "The other side of it, it will repel an equal number of people."

And while he thinks some people might secretly admire Ms. Bartz for her very public attempts to settle the score, such an undignified response generally amounts to career suicide.

"Most workers wouldn't be able to do this because they wouldn't have golden parachutes and they would be blacklisted."

Still, some Yahoo employees might also view her firing as poetic justice. According to The Wall Street Journal, a sharp-tongued Ms. Bartz mused to Esquire magazine in May, 2010: "I always do my firing in the morning because that's when I'm fresh. I mean, why sit there all day thinking: I'm going to fire Joe at 4:59?" 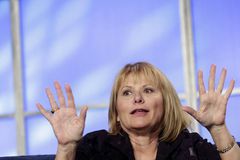 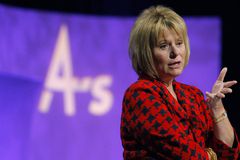