It starts out innocently enough. He may be early in his career, where all he does is work and the only people he ever sees are at work. Or he is mid-career, working late during crunch periods at the office more times than he wants to. Along the way, he finds himself attracted to someone he works with.

Work is finished. He summons the courage to ask that person to go for a drink after a long day. Instead of saying okay, or 'no, thank you', he gets that look as if he is a pariah at the bar: totally disinterested and she wants him to go away, calling the bartender to make it happen.

Only this time, the bartender is the human resources director, and he finds himself in a meeting to go over the details, one by one. He is told she feels uncomfortable, and is now going to have a hard time working with him as a result.

An investigation is underway. His action caused her to feel uncomfortable, and although it may not qualify as "sexual harassment", it really does not matter. The boundaries for appropriate conduct with co-workers have never been more blurred. He made the gamble, and lost.

According to the Vault.com company-data website, its 2017 Office Romance Survey says 57 per cent of workers surveyed have had an office romance. Of those, 21 per cent were random hookups, 16 per cent led to long-term relationships and 14 per cent were casual.

Clearly, the workplace is full of lovers. But there is risk of having your employment and professional reputation tarnished, especially if the relationships go south, or even if they don't get off the ground with the first move.

Where is that sweet spot to have two relationships, one business and one personal, with the same person? Is it even possible anymore, given the attention drawn to unwanted attention? It used to be that "what happened outside of the office, was outside the office". Not any more.

For employers, the pressure to act is on. Clearly, this particular "date gone wrong" scenario is not comparable with a Harvey Weinstein-style situation with multiple allegations of harassment. But it is a real concern when any attempt to have or grow a personal relationship with a co-worker is not reciprocated immediately, or in the future.

Employers are expected (as they should be) to investigate any accusation of inappropriate behavior, especially those alleging harassment or sexual misconduct. Even if the original relationship was consensual and initially started to go somewhere, it is still all too easy for things to go wrong, and to see one party subsequently alleging inappropriate conduct.

I have not even touched the subject of company holiday parties, which are going on right now. According to the same Vault.com survey, 26 per cent of office romances began during happy hour or an office party. There is no coincidence that many human resource consulting firms get requests in January to conduct respectful-workplace training.

Essentially, if you are going to make a move, such as asking someone at work to have a relationship outside of work, you'd better be sure that the other person is mentally fawning over you, talking to his or her friends about you, and in short cannot wait for someone to break the awkward silence. It's like dating back as a teenager, but instead of parents to question and monitor your moves, it's your employer. If the relationship goes south, there is more onus on your employer to get involved.

Consent is like a form of trust – it is only good until it's not. Clearly, many people are willing to take the risk, despite all the potential ramifications. Employees also know the court of public opinion is more powerful than ever before, so if a concern is raised, it will be quickly dealt with. A concern can really be anything – from a first ask on a date, to feeling uncomfortable working together if something goes wrong in the relationship.

So, if you find yourself ready to embark on an office romance, have your employment lawyer on speed-dial.

Or change employers. It's like dating as a teenager: move out if you do not want your parents involved.

You’ve just started a new job and it isn’t working for you. What’s your next step?
December 8, 2017 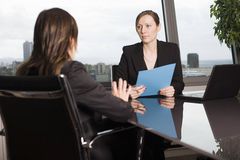 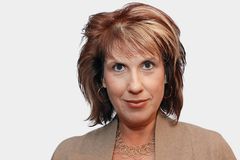 Give references the attention they deserve
December 8, 2017