Though he had co-founded two companies previously and worked at LinkedIn's head office in Silicon Valley for six years, Vikram Rangnekar's H-1B visa did not allow him to start a company of his own on American soil.

Between the visa restrictions and the soaring cost of living in the Valley, the Indian-born entrepreneur and author decided last year that it was time to move his family to a new country. They first considered India and Singapore, where they had lived previously, and Melbourne, Australia, where they had family, or a totally new city like Berlin. Then a friend recommended that he look into Toronto.

"We wanted a little more freedom and a reasonable path to citizenship, and it would have to be a city with a tech scene I could bet on," he said. "Surprisingly, or maybe not surprisingly, Toronto is becoming a serious tech centre in North America."

In recent months, political turmoil and tough talk on immigration in the United States has caused many of its technology industry workers to consider viable living options elsewhere. At the same time, Toronto – and Canada, more broadly – is emerging as a tech powerhouse in its own right, causing a sudden reversal in the long-standing trend of Canadian talent moving south.

To the 37 per cent of American technology workers that are foreign-born and the 13 per cent that are H-1B visa holders, Canada has never looked like a more appealing alternative.

"Shopify saw 40 per cent more U.S. applicants in the first quarter of 2017 than we averaged in all of 2016," said the Ottawa-based company's director of talent acquisition, Anna Lambert. And when Toronto-based innovation hub MaRS Discovery District polled 42 high-growth companies based in Canada, two-thirds of respondents indicated that they had recently witnessed a notable increase in applications from the United States.

The sudden interest in Canada's technology industry is even becoming apparent in postsecondary institutions. Canadian universities witnessed a 25-per-cent increase in international applications for this school year, with the University of Toronto receiving interest from 80 per cent more American students compared with last year.

"Tech has always been about getting in early," said Mr. Rangnekar. "I think Toronto has that startup appeal – it's young and growing – and people want to be part of that startup story." Mr. Rangnerkar adds that it could have taken up to 20 years and thousands of dollars in legal fees to get an American Green Card for himself and his family, but it only took a few months to get permanent residency in Canada, no lawyer required.

After settling into a home in the Leslieville neighbourhood, launching his startup, Webmatr, and surviving his first Canadian winter, Mr. Rangnekar detailed his journey in a LinkedIn post, providing some words of advice to others that might be looking to do the same.

"When I shared it initially on LinkedIn, it hit 20,000 views in two days," he said. "The most I had gotten [previously] was a few hundred, and it's still growing." Mr. Rangnekar received so much interest that he began an online forum called Mov North to help Americans and international tech workers bring their talents to Canada.

A recent study by job search website Indeed found that the average U.S.-based job seeker looking to work outside the country sends 12 per cent of their applications to Canadian employers, but in recent months, that number jumped to 30 per cent among tech industry workers.

Bryan Smith, CEO and co-founder of Toronto-based big data processing firm ThinkData Works, says that he's seen a 50-per-cent increase in U.S.-based applications and a 100-per-cent increase in foreign applications overall in the past year. When he asks foreign-based applicants about the sudden interest in Canada, however, many say it isn't in direct response to President Donald Trump's controversial rhetoric. Instead, the election lead many foreign workers based in the United States to the conclusion that immigration policy during his tenure isn't likely to make the already burdensome and complex process any easier.

"I think Toronto was off everyone's radar, and what's happening in the U.S. has expanded their search a little bit," said Mr. Smith. "Once they started looking [at Toronto] they liked what they saw, not just from a tech and a company perspective but from a cultural and living perspective."

Mr . Smith also credits efforts from government policy for drawing talent. "I think for the first time, at least in my lifetime, the governments at all levels are drumming to the same beat, which is bringing in high-class talent and setting up the support mechanism to get people here to start companies and add to the economy," he said. "You can see that from [Toronto Mayor John] Tory all the way up to [Prime Minister Justin] Trudeau; they're all on message."

Mr. Smith specifically applauds the federal government's Startup Visa Program, which helps bring immigrant entrepreneurs into the country. Karen Greve Young, herself an American immigrant and the vice-president of partnerships for MaRS, says the Startup Visa Program couldn't have come at a better time for a city and country emerging as a global leader in certain technology fields.

"There's a lot happening in artificial intelligence in Toronto and Canada generally with the launch of the Vector institute, the attraction of Uber's Advanced Technology Group, RBC starting a huge AI group and Element AI launching an AI-as-a-service product," she said. "There's a lot of trends happening in key tech sectors where the centre of gravity is Toronto."

As long as Canada's borders remain more open to entrepreneurs and tech industry workers than its neighbour to the south and it continues to invest in early-stage high-tech fields, Ms. Greve Young is confident that the recent influx of talent marks a new stage in the country's innovation, rather than a temporary reaction to recent political events.

Meet the slate of job candidates in this New World of Work
September 9, 2017 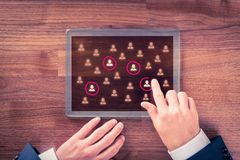 At work, drop the word ‘millennial,’ and ditch the job title too
July 9, 2017
How to foster Canadian startups to scale up instead of sell out
July 10, 2017
Follow us on Twitter @globe_careers Opens in a new window
Report an error Editorial code of conduct
Due to technical reasons, we have temporarily removed commenting from our articles. We hope to have this fixed soon. Thank you for your patience. If you are looking to give feedback on our new site, please send it along to feedback@globeandmail.com. If you want to write a letter to the editor, please forward to letters@globeandmail.com.
Comments