Jackie Nourse has lived with depression since she was a teenager. Now in her 50s, she nevertheless works successfully at a full-time job.

Dawn D'Cruz, diagnosed with chronic schizophrenia, has several part-time jobs that give her an income, a structured routine and self-esteem.

Ms. Nourse is a communications assistant in the public affairs department of the Centre for Addiction and Mental Health (CAMH).

In private-sector office jobs she had before coming to CAMH, she recalled, "I never spoke about it [depression]. I would start in a job and then just be off sick and quit. Then I got very ill and it was such a big deal to try to get back to work. I tried to commit suicide because there was just no way I could go in and meet people and take on a job."

Ms. D'Cruz is a chef, landscaper and advocate with Houselink, a charitable agency in Toronto that provides supportive housing to people with mental illness.

"Every job has stress," she said, "but they [Houselink] make it less stressful. You can go to work even if you're sick and the boss will give me an easy job. They give me a hug. They accommodate me."

The big question is whether private businesses with an eye on the bottom line in a challenging economic environment also can accommodate employees with mental illness and provide a workplace that, if not delivering hugs, promotes and supports mental health.

Is the for-profit Canadian workplace able and willing to replace lean and mean with lean and psychologically safe?

With one in five Canadian workers experiencing depression, according to a recent Ipsos Reid poll, the question is pressing.

The answer will come some time after Nov. 7. That's when the the Mental Health Commission of Canada is expected to introduce the National Standard of Canada for Psychological Health and Safety in the Workplace.

The draft of the standard released last January suggested that in the psychologically safe workplace, "self-esteem needs are met" and "workers feel rewarded in terms of praise, recognition and acknowledgment of and credit for their contributions."

Risks to psychological health include a situation "where work is distributed inequitably."

Complying with the standard will be voluntary but there's already been some fretting about it, said Bill Wilkerson, co-founder of the Global Business and Economic Roundtable on Addiction and Mental Health.

"Opposition to the standard emerged from business associations and lawyers worried that this was the thin edge of the wedge toward mandatory enforcement," he says.

Reviewing the first draft of the national standard released last January, the website of law firm Heenan Blaikie suggested that "the breadth of the standard raises concerns about its viability for Canadian employers."

Countered Mr. Wilkerson, "For small business, anything is onerous that seems to require them to spend more money or live with people who aren't up to par in terms of productivity."

But free and low-cost resources are available online and within the community, Mr. Wilkerson insisted.

And he said the standard is expected to include an appendix added specifically to help small-business owners with compliance.

Moreover, he said that, by meeting the standard, "within a foreseeable period, businesses will save money."

The roundtable Mr. Wilkerson founded in 1998 has always made that economic argument.

Now more corporations are buying into it.

"There are some for-profit organizations that are very leading edge" about mental health in the workplace, said Paula Allen, vice-president of health solutions at Morneau Shepell, the largest Canadian-based firm providing human resource consulting and outsourcing services. "But most for-profits still have a bit of a gap in best practices in all areas."

She cited "financial institutions" for showing leadership and specifically mentioned Bell Canada for being "very vocal" about mental health.

"What separates Bell is that they've spoken about it publicly," Ms. Allen said.

In 2009, Mary Deacon was appointed chairwoman of Bell Canada's mental health initiative after working in the not-for-profit sector for 25 years.

"I was brought in to lead the program because of my mental health background," explained Ms. Deacon, who speaks about living with depression and the suicides of her two brothers.

Typically, in the non-profit sector, she said, "There's a much greater emphasis on and interest in social justice. People in that world are motivated by the greater good."

But there are also less idealistic reasons for mental health initiatives in the workplace, suggested Ms. Deacon, citing disability costs and lost productivity.

"We have made progress," said Mr. Wilkerson, almost 15 years after he co-founded the Roundtable on Addiction and Mental Health.

There's been an increasing awareness, he said, "a gradual deepening of the roots of the issue."

He mentioned Bell Canada's Let's Talk program and the Great-West Life Centre for Mental Health in the Workplace and said, "The benefits and insurance industry has awakened to mental health in the workplace as an issue."

He said he is encouraged by a recent Ipsos Reid poll which found that 84 per cent of 6,000 Canadians surveyed now say that supporting co-workers with mental health problems is part of their own jobs.

"It's a wonderful sign that the stigma is fading," he said.

But there are factors that need work, he maintained. "The battle for awareness has been solidly won. The war against stigma is being won. The effort to provide better care and access to care is a work in progress."

However, he said that surveys indicate that "the leadership of the human resources profession is sadly lacking. Employees off work due to mental illness struggle with bureaucratic HR rules, case management practices ill-suited to the nature of their illness, little or no practical information to help them cope, and a chilly lack of compassion and flexibility. We have urged employers to audit their HR practices, perceptions and attitude toward mental illness among their HR people to root out these hurtful behaviours."

Mr. Wilkerson admitted that he sees the challenge of making Canadian workplaces psychologically safe for all workers as something of a Sisyphean task.

"My ultimate angst is that I'll wake up 10 years from now to find that we're starting all over again," he said, "and that my speech from 1998 is still relevant

Or maybe there really is reason for optimism. Maybe, in five or 10 years, all Canadian workplaces – private, public and not-for-profit – will offer the supportive, safe-work environment that Ms. Nourse encountered at CAMH.

"I started in a volunteer capacity," she said. "I started off slowly, with hours and days that suited me. I felt so welcome and the people were so good to me, it got to where I wanted to be here all the time. Volunteering led to a part-time job in the same department and then full-time."

She added, "Everybody I work with knows my history. And knowing I could take a disability leave and that the job is here when I come back is a lifeline. There's the flexibility, too. I go for appointments with the doctor twice a week. If I need to leave a bit early, I make up that time. It's all out in the open."

Her job, she said, is not just her livelihood. "It's a huge part of my life. I live by myself, and for people who live with mental illness, isolation is a huge problem. My co-workers are my friends, outside of work, too." 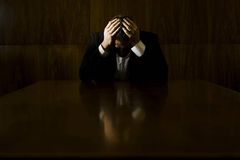 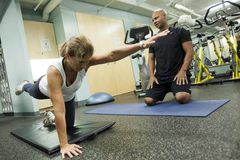 My boss and I clash over our working styles, and I’m stressed out
September 20, 2012 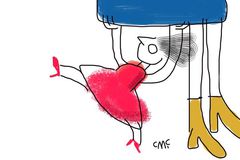 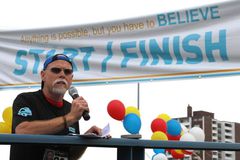 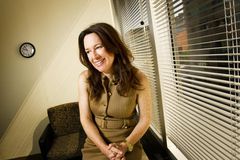 Why good leaders should dump the thick-skinned approach
June 18, 2012 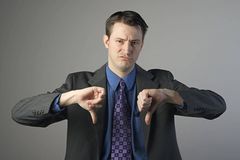 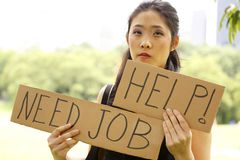