Debra Kelsall, 25, of Horsehoe Valley, Ont., an associate in the Investment Banking Division at Goldman Sachs in London, works in debt capital markets and corporate risk management. She completed a Bachelor of Commerce with honours in Investment Management at McGill University before moving to New York.

I am thankful for the opportunities to work in international offices. When I first started working at Goldman in New York, I probably wouldn't have believed it if you told me that two years later I would be moving to London.

The key characteristics that define Goldman Sachs culture – excellence, integrity, teamwork and collaboration, to name a few – undoubtedly carry across the pond. However, the unique cultures of each city visibly impact the respective office cultures. In London, coffee catch-ups are replaced with tea time, small talk begins with weather before sports and while people on both sides are passionate about football, they're talking about a different sport!

Moving away from Canada has certainly made me more aware of things that are distinctly Canadian – and not only the way we say "about" (which to me still doesn't sound that much different). Whenever I go back to Canada, I am always amazed at how genuinely kind people are. It's almost like you've stepped into this other world where people look you in the eye and say hello on the street. I try to take a lot of that with me to various places I've lived.

For me, passion and purpose are very much linked. It's more about the "who" than the "what." What I mean by that is that I think people say that you will only be happy when you're pursuing your passion, but that puts a lot of pressure to figure out what exactly that passion is.

One thing that I've always made a priority when moving to a new city is getting connected with a church. It is the place where I have found many of my friends and community and has been a way to meet people who do something different from me. Cycling has also been a helpful bridge in transitioning to a new place – cyclists have a culture of going for group rides together, which are a wonderful way to be introduced to a city and its people.

As a millennial, I believe there is a perception that we can't stick to anything for more than a year, which in some cases is well-founded. However, I think if managers manage their junior people with the mindset that they will probably leave in a year or two, then they're much less inclined to invest in and train that person. If managers took more of a long-term view, they could better help their junior employees adopt a long-term mindset.

Often, we have vague ideas of where we want to be, but to have your manager sit down with you and strategize for where you want to be in the medium term, long term and how to get there … is rare. If your manager is as invested in that end goal as you are, then we would see a lot less people jumping ship after a year or two.

I used to have a perception that leaders must have everything together. In reality – and a lot of this learning came from a course at McGill – I've learned that to be an authentic and inspiring leader, vulnerability plays a huge role. Only when you're willing to be vulnerable with others can you learn from mistakes and become relatable to the people that you're leading.

The best thing you can learn and develop in university is character. Learning to be faithful in the trivial things, to be a team player, to be diligent and to have uncompromised integrity has proven to be one of the most important determinants in my career progression thus far.

When viewed as an opportunity for growth, adversity refines one's character – uncompromised character begets trust in work relationships, which leads to greater responsibility. However, I don't think university teaches us how to deal with failure productively; we need to learn how to be humble enough to learn from our missteps.

Failure is a reality of the workplace. 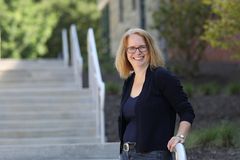 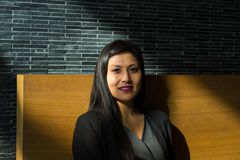 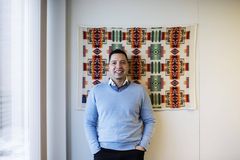