Georgetown University professor Cal Newport focused attention at the start of the year on "deep work" in a book of the same name, looking at how to spend long, productive hours in distraction-free toil. Now in his blog he is back with a look at a concept that seems different but is actually vitally connected: Deep breaks.

"Deep work requires you to focus intensely on a demanding task. But few can maintain peak cognitive intensity for more than an hour or so without some sort of relief. This relief is necessary. But it's also dangerous," he writes.

Most breaks will siphon your attention away from the task absorbing your attention. So you need to consciously take a deep break, in which your mind gets a chance to regroup and recharge without impeding the chance of returning quickly to the high concentration level you need. So in some ways, the name is deceptive: It's a not-that-deep break to fuel more deep work.

Such breaks should not usually last more than 10 to 15 minutes, except perhaps for a meal. He offers these guidelines:

– Don't turn your attention to something like your e-mail inbox or social media feed that might create a professional or social obligation you can't fulfill during the time available.

– Don't get sucked into something that your mind associates with time-consuming distraction rituals, such as the cycle of websites you like to surf when you have ample relaxation time. Getting started with one site may lead by habit to the urge to check them all out.

– Don't turn your attention to a related but not quite the same professional task. For example, if you're writing a report don't use the break to edit another unrelated report as it will break your focus.

– Don't turn attention to a topic that is complicated, stressful, or will soon need a lot of your attention.

His own preferences tend to be:

– Taking a short break to get water or coffee while trying to observe his surroundings.

– Daydreaming about the good things that will result from succeeding with the deep work at hand.

– Summarizing what he knows about the task he has been working on and what he is trying to accomplish.

– Reading a magazine article or book chapter that has no connection to the deep work he's doing.

– When at home, doing something fun with his children.

"The key message is that when it comes to deep work, you shouldn't feel like you're required to maintain peak concentration for hours on end. (If you try to, you'll fail.) On the other hand, be mindful about how you take your cognitive breathers as they play a key role in whether the deep work session as a whole will succeed," he concludes.

Transformations are messy. You need some guidelines to help keep your team focused and boost your own confidence. Consultant Anne Perschel studied three big transformations and came away with helpful golden rules.

Risto Siilasmaa, chairman of Nokia, has been leading the Finnish company's latest transformation to a networking firm, after selling its phone business to Microsoft. He is overseeing the largest layoff in Nokia's 150-year history. The guidelines he has set out to anchor his team through the turbulence:

Assume good intentions, be honest about bad news, make data-driven decisions and – though it may be difficult under the circumstances – try to laugh out loud and have fun as a way to reduce stress.

Mr. Risto has argued that any meeting in which they do not laugh out loud is a complete failure. In stressful times, antidotes are needed. And using data to make decisions helps with emotionally difficult calls.

Alan Mulally's turnaround at Ford has received acclaim. As a new chief executive officer, he found a toxic culture, his top team infighting and pointing fingers instead of helping each other to take the company forward. He set out to get senior leaders to shift from blaming each other and avoiding admitting problems to working as peers, identifying problems and asked for help. At each meeting, they were asked to follow his golden rules of airing concerns, making course corrections, and fixing problems together.

At Microsoft, chief executive officer Satya Nadella has been moving into the world of cloud computing. He has been pushing open-mindedness, where it's key to be "a learn-it-all, not a know it all." He backs that by asking on a daily basis: "Where was I too closed-minded, or where did I not show the right kind of attitude of growth in my own mind?" He believes if he can get it right, that will help to pave the way to the needed cultural change.

Ms. Perschel says it's important that you not only develop golden rules for your own transformations but practise the new types of behaviour you have outlined so they are real rather than nice-sounding principles.

NFL football brings with it a slew of commercials targeting men. Many are built around notions of masculinity, power and slapstick humour. It seems to have been working over the years but researcher Skyler Huff of the FutureCast consultancy suspects it's out of date.

She notes that millennial men became the largest adult male segment of television watchers two years ago. And they don't fit traditional male stereotypes. "They focus less on the need to embody manliness, to be the breadwinner in relationships and to be above weakness. Instead, they focus more on how they can be confident in their uniqueness, how they can better provide for their family and friends, and how they can admit to and utilize emotion," she writes on the Millennial Marketing blog. Indeed, some recent research suggests that millennial men are the most emotional demographic when it comes to video commercials, tapping into happiness, pride, inspiration, and exhilaration.

If you want to treat this group properly, she suggests studying Axe and Bud Light. Axe's Find Your Magic campaign steps away from the brand's previous focus on comical, sexist guys, instead embracing individuality and inclusivity. "From a man competing in a dance-off in heels, to a man cuddling with kittens, to a man opening the car door for his date, the ad promotes the fact that guys can be themselves, however they are, and still be real men," she writes.

Bud Light was attacked in the past for sexism. Its Bud Light party campaign, featuring Amy Schumer and Seth Rogen, uses light-hearted humour to address opponents of today's modern approach to gender, the pay gap between men and women, and discrimination against same-sex couples. "Beers should have labels, not people," one commercial says, telling viewers they don't have to be defined by outdated epithets.

She concludes: "No matter what a brand sells, if it hopes to reach millennial men it must recognize that stereotypes and macho traditions are a thing of the past. Millennial men now manifest a variety of traits and behaviours, and they don't want to be pigeonholed by them. The millennial man of today and the future can adapt to whoever he wants to be, and brands should do what they can to support him in that journey."

– Leadership guru Tom Peters says the one thing he has learned "for sure" over the years is that "whoever tries the most stuff wins." Similarly succinct, consultant Lolly Daskal says the best free leadership advice you'll ever hear is: "Get out of your office." Talk to your team and connect with people rather than staying behind closed doors.

– To create a compelling, short brand story, stop focusing on the "what" – the product and how it functions – and instead zero in on why the product is different from all the other options available and why that matters to customers, consultant Dave Sutton says. Give people a reason to care.

– With the various racial imbroglios in the United States, Edith Cooper, global head of human capital management at Goldman Sachs, says that company has asked staff to discuss this question: "How do the recent events affecting us as people, in turn, affect our interactions at work?" As a black woman who early in her career was often treated as a junior even when she was the senior person in the room, she has her own points to make.

– Build buffer days into your work trips. Consultant Charlie Gilkey recommends a lower-key day at each end of a four-day to 10-day trip; two buffer days if the trip is more than 10 days; and three days when it stretches to a month or longer.

The pitfalls of office politics – and how to avoid them
September 29, 2016 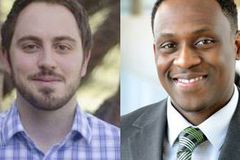 Why you should follow an interview with a simple ‘thank you’
September 28, 2016 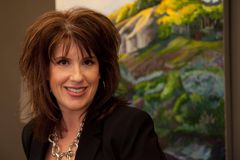 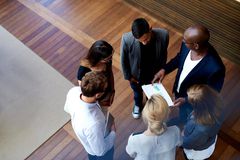