Also in this compendium: End your Monday morning quarterback role and get ahead of operational problems

When delegating, we fuss about how to accomplish that task – the mechanics of transferring authority and responsibility. But consultant Julie Winkle Giulioni says we give dangerously little attention to the "what" – what job, task or responsibility is being delegated, and why.

"Selecting the right job or task to delegate is a hallmark of highly effective leadership," she writes on SmartBlogs.

The key factors to consider are the frequency and complexity of the task. That opens up four possible combinations:

· Just do it: When the frequency and complexity of a task are low, just do it yourself rather than delegating. "Given today's busy workplace, sometimes it really is quicker and easier for a manager to do something herself. If the task won't need to be done again for some time, it's more efficient to handle it personally rather than teach someone else to do it only to allow them to forget it by the next time it needs to be done," she says.

· Delegate: When frequency is high and complexity low, it's a classic task for delegating. You can feel comfortable investing time in helping someone to perform the task well since it will be repeated over and over. The repetition allows the subordinate to develop confidence and competence; it frees you to handle more strategic activities.

· Include others on assignments: When complexity is high but frequency low, it can take the employee a long time to master the work. "While these tasks may not lend themselves to delegation, effective managers use them as opportunities to develop others by including them in the work. These meaty assignments allow employees to gain greater perspective, expand their capacity, and enjoy greater exposure to their leaders. And the supervisor benefits from additional help and the chance to work closely with employees, assessing their capacity and readiness for new roles and responsibilities," she advises.

· Coach others: With complexity and frequency high, there is an opportunity to help others grow. It will involve coaching by you – complexity, after all is high – but it will empower the subordinate to contribute at a higher level.

That means in a potential delegation situation, you should conduct a quick assessment to determine where in that schema the task fits according to its frequency and complexity. It's an obvious step but one often overlooked.

It's common for sports fans to spout off on Monday morning about the moves they would have made during the weekend's big game that would have led to victory. But you won't want to take that same approach with your business operations.

Business consultant Bill Bartlett says that after they get bad financial results, many business leaders confidently declare what might have saved the day. But those bottom-line results are lagging indicators, a consequence of past decisions and activities. "It's a lot like closing the barn door after the horse escaped or, in my own example, Monday morning quarterbacking," he writes on the StrategyDriven blog.

Instead you, and your staff, have to get ahead of the action, and list for each position the 10 kinds of behaviour that are proven to positively affect the bottom line. For example, someone in sales might say: Lead generation (prospecting), building relationships, qualifying prospects, making presentations, serving customers, managing accounts, developing territories, building better behaviour, continuous education, and executing a formal sales process.

Hold employees accountable by measuring how effectively they handle those 10 tasks, using a scale of 10 for high and one for low. If the employee is operating at seven to 10, you can expect good results. If below that but the employee is predicting success, you need to work with the individual to improve the results before the month-end figures provide their dismal verdict. At a deeper level, develop key performance indicators that provide clarity on performance. On lead generation, only if the employee schedules six to eight face-to-face meetings weekly with new prospects will he award a score of seven on the scale.

"There is one immutable fact in business that I learned a long time ago: 'Behaviour doesn't lie!'" And Monday morning quarterbacking should be left for sports.

3. A road map for dissecting resistance to change

Introducing change to your organization will inevitably stir up fears and conflict. Consultant Angela Montgomery says that requires you to understand the thoughts and emotions people are feeling, and suggests using a handy six-level format conceived by Israeli management guru Eli Goldratt:

Level 2: Disagreement about the direction of the solution: After agreeing on the problem, you need to agree on how the change will be implemented. It requires extinguishing the assumptions that keep people from moving on and building a co-operative zeal to tackle the issue.

Level 4: Fear of negative consequences generated by the solution: Every action creates reactions and some will see those as negative. "It is important to identify negative implications early in order to protect the proposed changes from unexpected difficulties, to get buy-in from people who may tend to be naysayers and to demonstrate leadership through an ability to listen to relevant objections and incorporate that feedback," she writes on the Intelligent Management blog.

Level 5: Too many obstacles along the road that leads to change: The solution is close to being accepted but some people see obstacles ahead. Often those are the best people to be enlisted in an effort to address the obstacles and overcome them.

Level 6: Not knowing what to do: Even after those other five levels are addressed, people may freeze, uncertain what exactly they must do. Give and share clear instructions to help them launch the change initiative.

Figuring out and addressing the reasons behind fear of change can increase your odds of success.

– Do you know the strengths of each member on your team? Do you understand how each adds value to your team? You should, says consultant Michael Rogers.

– Sunday afternoon quarterback Joe Montana ran crisp, effective huddles – the team practised in training camp – and his 49ers were prepared for the next play before their opponents. Long-time Sports Illustrated associate editor turned business consultant Don Yaeger says you should apply the same notion to your meetings, having a clear plan for each and starting and stopping on time: "Great meetings, like great huddles, are strategic advantages."

– When making a presentation using PowerPoint or similar presentation software, it's counterproductive to add anything but the most straightforward and directly related visuals, a group of researchers led by McMaster University's Barb Fenesi have found. Instead of getting more from presentations with more information, audiences actually get less, because the extra elements have blown the buffers of many audience members' working memory capacity, which defines how much information they can take in at once.

– If you are being interviewed for a job and the starting date could have an impact on a previously scheduled vacation, career specialist Vicki Salerni suggests raising it in the second round, when potential start days may be part of the conversation. Announce it in one or two sentences, such as: "While we're discussing start dates, I should note that my friend is getting married in Australia, and I already booked my flights to be there for two weeks in August. I just wanted you to know."

– When recognizing an employee's contribution, find a story to make it come alive, consultant Wendy Cherwinski suggests. Consider what's important to your organization and show how that person contributed – outlining the impact of their efforts and how the qualities displayed fit the organization's values. 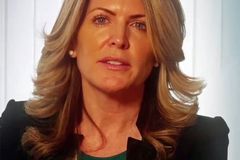 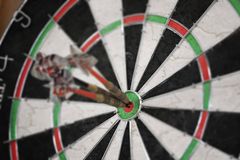 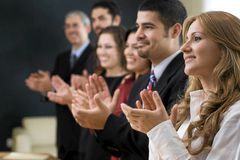