In a recent experiment, Coca-Cola Co. found that a can of soda sold in the sportswear aisle of Wal-Mart, alongside clothing, can command a higher price than if it's positioned in the beverage aisle near its rivals. On a sunny day at the beach, of course, people would pay even more for that same can of cola.

It's a telling example that when it comes to pricing, context matters. And not only for cola. Packaging manufacturer Pactiv Corp., for example, reports that the time frame of a customer's needs drives the prices paid, with sharply higher prices accepted by customers with rush orders.

Consultants Rob Docters, John Hanson and Cecilia Nguyen, and London School of Economics Professor Michael Barzelay suggest that taking a contextual approach to pricing can boost what your customers pay. The improvement can range from 1 per cent to 7 per cent if you use some simple tools, to 30 per cent or more with a full range of initiatives. "Contextual pricing is the antidote to price pressure," the four authors declare in Contextual Pricing.

When it comes to pricing, we initially think of input costs, value of the product, and the list price. Over time, we have recognized that costs are less important than what people are willing to pay for your product – how much they value it.

The notion of list price used to be "the" price, going back to the Model T Ford, which was sold at one price only. More recently, the authors note, the iPod and iPhone were able to demand a single list price.

But with most products, list prices get discounted. The company really has a blizzard of prices that can be confusing to everyone who has to deal with them. The authors argue that understanding 20 to 25 market contexts for your firm, and turning those into prices you can stand by, would make more sense.

A context is essentially a scenario for a purchase, such as sales to long-time customers, skeptical potential new customers, large bids, or rush orders. "Instead of one useless list price and a thousand ad hoc customer prices, experience has shown it is simpler to have a score of market-derived prices that management can enforce and sales can believe in," they write.

To reduce price pressures, the authors say you must be precise in your discounting. This requires asking three questions: Is the account at risk? Is price a factor in the risk? What is the optimum price?

Too often, the authors say, companies skip to the third question, focusing on a discount, rather than going through the process of determining whether the account is truly at risk and price is a factor in that risk.

For example, one of your customers may have a new manager who is determined to switch suppliers simply to show his determination to initiate change. The account is at risk, but price isn't a factor and a price discount is unlikely to help.

When you must discount, the authors caution that you not fall into the trap of thinking that the discount must be proportionate to the risk of losing the account: "More risk does not mean higher discounts."

The proposed price should be linked to the customer's point of reference. This includes whether awareness of competitive offerings is high or low, and what the customer perceives as the distinguishing differences between the competitive offerings – whether price is really a major factor, in other words. In high-risk situations, you need to demonstrate the value of your product package, including the switching costs if the customer goes elsewhere.

If the price pressure comes from a shift in the overall evolution of your industry, being adept at contextual pricing will place you in a better position to fight the threat.

One tactic is to reduce comparability with your rivals, by bundling the product and service so that you are offering an intangible with the product. "Many times a close look at how buyers make decisions will suggest a way to avoid price pressure and competitive defections," the authors advise.

The authors suggest pricing has gained the reputation, somewhat unfairly, for being an arcane, academic discipline. Instead, all you need to do is understand how your customers think, and identify the elements of context that shape price. That may well be true, but this is still a complex book for readers who aren't specialized at pricing, not helped by the fact it is jumpy and jargony.

Pricing, however, is at the heart of business success. At a minimum Contextual Pricing will sensitize you to the many factors you must consider.

Two recent books share the thoughts of a bevy of leaders in helping to understand success. 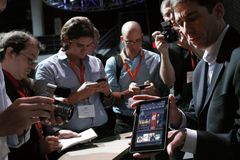 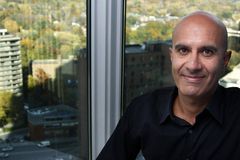 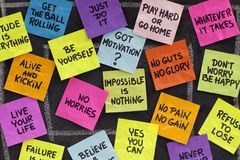 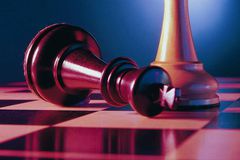