Try our updated pay-for-performance tool to see how pay for Canada's top CEOs aligned with performance, including new data on say-on-pay voting results for each company: http://tgam.ca/compensation

Shareholder support for executive pay practices continued to slide in 2016 as more investors used their voting clout to express displeasure with CEO compensation in Canada.

A new analysis of say-on-pay voting results this year shows shareholders are getting more aggressive with the small group of companies they target for opposition. While the marks for top-tier companies remained relatively steady in 2016, the average vote for the bottom 10 per cent of companies facing the most say-on-pay opposition fell sharply this year, according to the review by executive compensation consulting firm Global Governance Advisors.

Senior partner Paul Gryglewicz said the data show that more shareholders are willing to vote against pay plans in controversial cases, with the bottom 10 per cent of votes averaging just 78.7 per cent support this year compared to 86.9 per cent last year.

Seven companies recorded a voting result below 80 per cent in 2016, compared with four companies from the same group in 2015.

Many votes appear to be correlated with share price changes, he said, suggesting some investors are paying more attention to their investment gains than pay structures. However, he said the lowest voting results were typically cases where CEO pay packages rose while the share price fell, creating the appearance of a disconnect between pay and performance.

Over all, say-on-pay voting results averaged 90.1 per cent support in 2016, a drop from 92.4 per cent last year, continuing several years of slow declines as shareholders increasingly flex their voting power.

Mr. Gryglewicz said it is positive that the overall result remains so strong, suggesting most companies are getting pay right. The top 10 per cent of companies recorded average votes of 98.1 per cent, a slight decline from 98.7 per cent last year.

One of the weaker vote results in 2016 was at scandal-plagued Valeant Pharmaceuticals International Inc., which received 62-per-cent shareholder support after revealing it had paid former chief executive officer Michael Pearson $183-million in 2015, almost all of it coming from a $179-million grant of performance share units. Valeant faced legal investigation of drug-pricing policies in 2015 and saw its share price fall sharply.

Stephen Erlichman, executive director of the Canadian Coalition for Good Governance (CCGG), which represents most of Canada's largest institutional investors, said shareholders are looking deeply at pay programs and are more willing to cast "no" votes when they dislike the structure, even if there is no particular scandal such as an unjustified bonus.

"I think investors are spending more time to understand and make informed decisions on compensation, and it's not tied to one particular thing," Mr. Erlichman said. "It's looking at the entire compensation plan and saying, 'does this make sense or not make sense.' And if it doesn't make sense, they'll vote no."

The CCGG recently issued a statement on the growing use of performance share units (PSUs), which are supposed to only pay out to executives if the company meets certain performance goals.

The coalition supports the use of PSUs in general, but said it opposes them when a partial minimum payout is guaranteed, or where performance conditions can be so easily achieved that a partial payout is virtually certain, saying those units are not performance-based in reality.

Two of Canada's largest institutional investors are taking aim at companies that make special payments to CEOs outside of normal compensation programs, saying a review shows only 13 per cent of the payments in 2015 were tied to performance.

A study by the Canada Pension Plan Investment Board and the Ontario Teachers' Pension Plan found 48 per cent of the 2,354 U.S. companies that were reviewed paid some form of "outside-of-plan" award to top executives in 2015. The payments were made outside of the standard compensation goals, including hiring and retention bonuses as well as payments for completing takeover deals.

The study focused on U.S. pay because it said comparatively few Canadian companies made extraordinary payments in 2015, but said the conclusions apply equally to Canada.

The special payments totalled $4.1-billion (U.S.) in 2015, increasing pay by 12.6 per cent over all. Only 13 per cent of the payments were classified as performance-based, meaning the payout was conditional on achieving established, specific goals.

The most common form of "outside-of-plan" payments were signing bonuses for new CEOs, totalling $1.3-billion last year, followed by retention payments at $697-million. Almost $380-million was awarded for completing transactions, while $443-million was vaguely defined as "board discretion."

The review concluded that many of the awards may be appropriate, but "we believe the onus is on boards to provide a clear rationale for granting outside-of-plan awards … to give shareholders clarity on why any awards granted are acceptable." 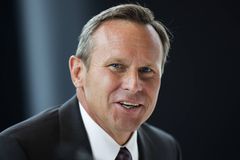 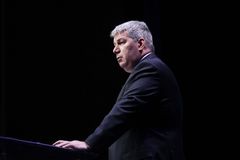 ROB Magazine
Is it OK to challenge my CEO’s exorbitant pay?
August 26, 2016 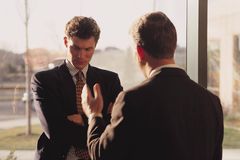