Fay Wu is a co-founder of and managing director at NFQ Ventures, a Toronto-based venture capital and private-equity firm.

I was born in Taiwan. [Our family] moved to Sarnia, Ont., when I was three. I lived in Montreal, then back in Sarnia for a couple years of high school.

Asian parents would like their children to be doctors, lawyers, dentists, and it stops about there – a fairly short approved list. I loved creativity, design and the arts but because of my upbringing, I would have been scared as an 18-year-old to jump into that. I followed the accepted path. That's the dichotomy; of the most interest to me is strategy and creation.

The banks had an acceleration program to bring in new MBAs. They finally got wise that there weren't any women past senior manager – forget about executives and boards. Banks were a very clubby world; you got loans because of who you golfed with and knew. I'd be given a file and told it was approved. I ended up in corporate real estate development, financing many of the office towers and shopping centres. Then the real estate market crashed. Every project, including ones fully sold, came back. My job was to hammer the developers. That was a soul-sucking role to spend more than a year in.

I've been on the entrepreneurial side since the early 1990s. My brother wanted to start a tech firm. My secretary thought we were having a family crisis as I'd get urgent calls and shut my door. I could no longer sustain daytime and graveyard shifts, told Yung I'd give him one year, maybe two, set up Castek Software Inc., and go back to financing. One year became two, two became four; we were growing. I did the hiring, looking for factors that would not show up on a résumé – work ethic, wanting to learn, to do whatever it takes. Our retention [rate] was phenomenal – more than 95 per cent – while leading into Y2K companies were losing 20 to 30 per cent a year because it was a hot market.

The landscape has completely changed. When I started, [entrepreneur] was a bad word. You couldn't get a top-notch law or accounting firm. People felt pity for you because you weren't good enough for the corporate world. Banks would not talk to you; you were risky. Today, that's totally turned on its head – everyone wants to be an entrepreneur. At an employee meeting, one of our leads said, "If you need money, ask employees to lend it to you; we don't want you eating dog food." Within 18 months after 9/11, every project got cancelled. From almost 400 people, we took the company down to [approximately] 30, then Castek was sold into the Oracle Group in 2006/07.

Yung and I were in China on different trips, crossing each other in an airport watching CNN about the [2008] stock market crash. Turmoil brings opportunity – we finished our respective trips, got back and started NFQ. I spend my time with companies on how to build them, give advice on accounting systems and financing – but that's not the core of it. Our model, different then, was to also each invest one to 1.5 days a week. It's a fine line between knowledge and arrogance. I don't like arrogant know-it-alls, both in hiring and our selection of entrepreneurs.

Toronto is Canada's next technology hub; that started with 111 Richmond Street. A firm we invested in is there and we talked about what the building should become.

You never know where opportunity is going to come from. When that window opens, you need to jump through even if you don't feel ready. I learned the hard way. We were in New York, ready to take Castek public before 9/11. I thought the executive team needed another year to mature. We nearly flamed out. I was arrogant; I thought we could call the timing.

I absorb languages. I first spoke Fukien, English, then French. I studied German, Spanish, and in Turkey learning enough to pass for a housekeeper. My parents speak Mandarin. I learned Japanese in three weeks because it was horrific being illiterate there. Japanese has [many] politeness levels – telling you that politeness is supremely important. Language tells you so much about culture. 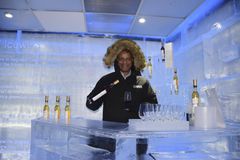 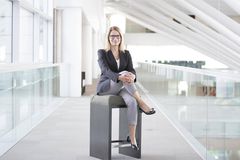 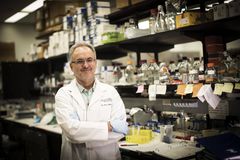