When it comes to career development, there are few things more effective than finding a sponsor in the workplace.

Unlike mentorship, which traditionally involves one person coaching another, sponsorship is a form of advocacy, where one person looks out for another and helps connect them to the kind of experiences and opportunities that will advance their career.

For women especially, the benefits of a sponsor can be even greater. According to Sylvia Ann Hewlett, an author and founder of New York's Center for Talent Innovation, sponsorship can provide women with an up to 30-per-cent benefit in areas such as promotion and pay raises.

Yet men are 46 per cent more likely to have a workplace sponsor, she adds.

However, the recent fallout from the sexual-assault allegations against the likes of Harvey Weinstein, Bill O'Reilly and Kevin Spacey isn't likely to make women's ability to secure workplace sponsorships any easier.

That's the opinion of Dr. John Izzo, an author and co-founder of the Men's Initiative at the University of British Columbia.

"Men are already nervous about sponsoring women, especially younger women, because it looks like, 'What's he really after?' or 'Why is he sponsoring her?' which is bad for men and women," he says.

"So I think one of the things that this will do, potentially, is create even more nervousness about that kind of thing."

Dr. Izzo established the initiative a year and a half ago to act as a catalyst in opening up conversations between men about men. The hope is that it will empower them to enhance their own integrity, becoming a better source for good in society.

"What we want to do is create an environment where we can talk more honestly about these things," he says.

"We really need to get men talking to men about this because part of the Harvey Weinstein issue is how many good men stood by and said nothing."

One of the initiative's recommendations is for separate inclusion education programs designed exclusively for men in the workplace. Dr. Izzo says that the discussions become a lot more honest when members of the other sex aren't present.

"In the groups we've done inside companies, for example, one of the things we see is men starting to challenge each other about sexual humour, about comments they make … about jokes that are inappropriate."

As the dominant group in many workplaces – men made up 52.7 per cent of the Canadian labour force last year, according to Statistics Canada – Dr. Izzo feels there is value in getting that group thinking among itself.

"When you get the dominant group first talking to each other, you actually make a lot more progress," he adds.

To Dr. Izzo, while much of the media coverage around recent sex scandals may have been well-meaning, the shaming of men and male behaviour in and around the workplace doesn't actually have the desired effect of getting them to shape up.

"Shame doesn't actually help men change," he says. "Shame tends to make them go underground, but what we want is to actually have open conversation that will allow us to make progress."

While only time will tell if male-female workplace sponsorships suffer as part of the collateral damage from the sex scandals, others are trying to improve the access that women have to the kind of sponsors that can build careers.

"Men benefit disproportionately from sponsorship relationships because men tend to be in power and more often will choose people like them to sponsor," says Tanya van Biesen, Catalyst Canada's executive director.

The idea behind #GoSponsorHer was to ignite a national conversation about the importance of sponsorship in the advancement of both women's and men's careers. Ms. van Biesen says the onus is now on company leaders to ensure that they have a diversity of talent, both men and women, among their sponsorees.

While she has heard many opinions such as those by Dr. Izzo about the impact of the sex scandals on workplace sponsorships, she disagrees that it will have any long-term damage.

Part of the point of sponsorship is someone advocating on another's behalf when the person isn't even there. On top of that, Ms. van Biesen adds, the meetings between a sponsor and the sponsoree don't even have to be conducted in private.

"This concern that a man doesn't want to be alone in a room with a woman or what have you, we need to take that out of the mentoring and sponsorship conversation," she says. "These are business meetings between professionals about professional issues."

Ms. van Biesen is hopeful that the publicity and attention generated by the scandals can bring forth some truly meaningful conversations on behaviour in the workplace. Much like pursuing profitability or hiring the best talent, she says this is just one more muscle that organizations need to exercise.

"These bad actors if you will, the Weinsteins and the Spaceys and others, they are nothing but that, they're bad actors," she says.

"For us to rethink our whole approach to talent management and development on the basis of some bad actors would be a very sad thing."

Hollywood scandal prompts these EMBAs to reflect on role of business leaders
November 10, 2017 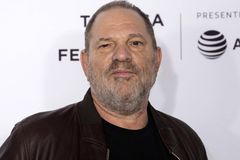 How to turn stress into something positive
November 8, 2017 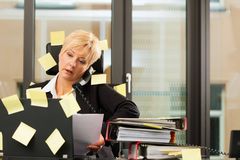 Why some workaholics stay healthy and others get sick
November 14, 2017 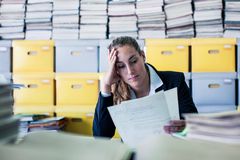