By Lee Bolman and Terrence Deal

Ron Johnson came to J.C. Penney as chief executive officer in 2011 after great successes at both Target and Apple, but flopped when he tried to create a trendier version of the traditional department store. Two decades earlier, Lou Gerstner was hired as CEO of IBM, even though he lacked any experience in that industry, but succeeded marvellously.

Lee Bolman, a leadership professor at the University of Missouri, and consultant Terrence Deal argue that Mr. Johnson was essentially clueless at J.C. Penney. Like Bob Nardelli, who became a dud when shifting from GE's executive suite to Home Depot's top spot, he had a tin ear, turning off his customers and employees, and despite previous brilliance seemed to lack common sense. Both failed to make sense of the world around them, while Mr. Gerstner developed a superb understanding of what IBM needed.

Prof. Bolman and Mr. Deal say the executives' failure showed the importance of frames – the set of beliefs and assumptions that you carry in your head to help you understand and negotiate some part of your world. A good frame helps you to figure out what is happening and what options to pick. Framing involves matching mental maps to situations. That will mean, at times, reframing – adjusting your thinking to a new situation. J.C. Penney was not Target or Apple. Home Depot was not GE. But those two CEOs, for all their previous brilliance, or because of it, didn't reframe properly, whereas Mr. Gerstner did.

Framing and reframing can sound abstract. But in How Great Leaders Think, the two authors offer some clarity, presenting four frames of leadership to consider:

This is the organization as factory, with the leader as analyst and chief engineer. It focuses on rationally creating structure, including policies, goals, technology, co-ordination, and formal roles for individuals. The organization chart is central, outlining the social architecture the leader envisages. Great structural leaders insist on clear goals. They focus on detail and implementation. Problems arise when the structure doesn't line up with current circumstances.

This is the organization as family. It flows from psychology, with the leader as servant and catalyst in an organization that is like an extended clan. The leader must be sensitive to the needs, feelings, prejudices, skills, and limitations of the individuals around him. Effective human resource leaders communicate a strong belief in people. They're visible and accessible – and empower others. "From a human resources view, the key challenge is achieving alignment between organizations and individuals – finding ways for people to get the job done while feeling good about themselves and their work," the authors state.

The organization can be a jungle – with combat a constant feature – and leaders must be skilled warriors, advocates and negotiators. Conflict is inevitable because of the differences between people and their quest for scarce resources. Leaders must be politicians, clarifying what people want and what they can get. They must be sensitive to the distribution of power and interests, building links to key stakeholders, "They persuade first, negotiate second, and coerce only if necessary," the authors advise. Two basic approaches usually bubble up when conflict arises: warrior or peacemaker. Organizations need both.

The fourth frame treats the organization like a temple or carnival, with culture, symbols, myths and spirit the focus. Leaders become magicians, prophets and poets, with rationality taking a bit of a back seat. They lead by example, using symbols to unite and inspire followers. Storytelling is crucial. The leaders develop rituals and ceremonies to bring the tribe together, and respect and use history, something that Mr. Gerstner did but Mr. Johnson and Mr. Nardelli did not. "Problems arise when actors play their parts badly, symbols lose their meaning, or ceremonies and rituals lose their potency," the authors warn.

All four frames reflect different but important facets of the corporation. You might apply a structural, human resources, political, or symbolic lens to figure out a course of action – or simultaneously involve all four. Some frames are naturally more appealing to you while others will be challenging. But applying all four makes you a more versatile leader.

"The evidence is clear that the ability to use multiple frames is associated with greater effectiveness for managers and leaders. Like Lou Gerstner, successful leaders reframe, consciously or intuitively, until they understand the situation at hand. They use multiple perspectives to develop a diagnosis of what's really going on and what course of action might set things right. They transform puzzlement into a comprehensive view of complex situations," the authors write.

The book is about the mind, as much as specific actions, so at times it can be a little difficult to assimilate. But mostly the authors overcome that difficulty by weaving through the book some wonderful stories about leaders to illustrate the ideas they are extolling.

In Let's Stop Meeting Like This (Berrett-Koehler, 172 pages, $23.95), consultants Dick and Emily Axelrod apply to our often-dull meetings the flexible rules that make video games so engaging.

Academics Karan Girotra and Serguei Netessine show in The Risk-Driven Business Model (Harvard Business Review Press, 241 pages, $34.50) how companies of all sizes are designing or redesigning their business models to better tolerate risk and outclass competitors. 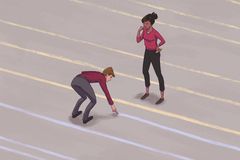 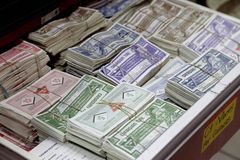 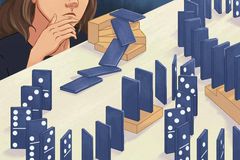 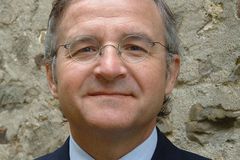 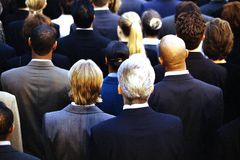