The seemingly never-ending debate over the lack of women studying science, technology, engineering and math at the postsecondary level is still a continuing concern, but it is far from the only gender gap disparity in this country.

As The Globe and Mail's Margaret Wente discussed in her column last week, veterinary medicine has the reverse problem, with the ratio in many Canadian veterinary schools sitting at 80-20 in favour of women. At the University of Guelph and the University of Saskatchewan, the veterinary programs have a ratio of 85-15, both in terms of applicants and students.

There are other professions where the gender gap is similarly skewed.

In public relations, for example, 72 per cent of those in the profession are women, according to The Holmes Report, a website that monitors the industry. The Canadian PR Society also lists its membership as 67-per-cent female.

The gender gap among those training for jobs in the industry is even more imbalanced. At Centennial College in Toronto, its fall, 2016, intake into its postgraduate PR program was 90-per-cent female, and at Fanshawe College in London, Ont., the corresponding intake stood at 82.5-per-cent female.

For Donna Lindell, a professor at Centennial College, part of the reason for the imbalance is the way that the industry is viewed, with an emphasis on empathy and relationship building, which she says are typically seen as softer, more feminine skills.

She adds that that reputation contrasts starkly with the perception of some other industries.

"For the advertising industry, for example, we were given Mad Men and Don Draper," Ms. Lindell says. "In the PR industry, we're given Samantha from Sex in the City. Radically different, right?"

While the drawbacks for men involved in the profession can include things such as being excluded from social gatherings after work, they can also benefit from what Ms. Lindell describes as a "Prince Syndrome," where the few men in the industry are treated like royalty. She adds that a corresponding "Princess Syndrome" in male-dominated industries does not exist.

"This idea of the Prince Syndrome, that because there are so few of them, often their career tract is a lot faster for whatever reason," she says. "They have this status where you don't see that in professions where women are the minority, sort of this fast track."

The statistics seem to bear that out, with women making up just 30 per cent of senior management PR roles, according to World PR Report.

However, that trend seemingly doesn't carry over into the corporate communications industry. A report from The Conference Board Inc. found that 59.1 per cent of manufacturing companies and 70 per cent of financial-services firms have a communications department headed up by a female executive.

For an industry that started out as almost exclusively male, the change has been profound.

"I think there came a time when people looked at communication as a soft skill, it became women's work in some ways," says Sarah Hanel, director of public relations for cybersecurity company Vasco and president of CPRS. "I don't know exactly when that shift was, but it was at least two decades ago."

While Ms. Hanel, and others, would like to see more women in PR leadership roles, she isn't concerned by the imbalance between men and women in the industry. It's a viewpoint shared by others.

"In terms of an imbalance, I don't think it's a negative thing," says Sharon Hunter, chair of the international executive board at the International Association of Business Communicators. "It's a very historical trend."

That trend seems to be seeping into family medicine as well. While the ratio among active physicians was 41-59 female-male as of January this year, according to the Canadian Medical Association, among family physicians, 64 per cent under the age of 35 are women.

"The issue really of more women in family medicine than men is a reflection of the fact that there are more women in medical schools in Canada than there are men," says Dr. Richard Reznick, the director of Queen's University's School of Medicine.

Much like PR and veterinary medicine, the ratio has changed dramatically over the past 40 years or so. Dr. Reznick recalls that in his 1977 graduating class, the split was 80-20 male to female. He estimates the current ratio at his School of Medicine to be about 55-45 in favour of women, similar to many other medical schools throughout the country.

However, he says as long as he is able to continue to graduate capable physicians from Queen's University, any existing disparity between genders doesn't worry him.

"The pendulum is never going to rest exactly at the 50-per-cent mark, so if it swings a little bit one way or another we're just not getting too fussed," he said. "We work hard at addressing all equity-seeking groups and in Canada officially there are four: people with disabilities, people of racialized minorities, aboriginal peoples and women."

One of the reasons for the influx of women into family medicine may be the flexibility it offers doctors who, by the time that they have qualified, may be considering families of their own.

"It may be an atmosphere in which people who get into residency are commonly in their late 20s, early 30s and so are thinking about things like family obligations and child bearing and so that may be part of what affects choice," says Dr. David White, vice-chair, family doctor leadership at the University of Toronto's faculty of medicine.

While medicine's swing may be fairly recent, teaching has long been a female-dominated profession. In Ontario, for example, 83 per cent of elementary-school teachers are female, according to the most recent Education Quality and Accountability Office data.

While part of the role of education is to expose students to individuals of different gender and races, H. Mark Ramsankar, president of the Canadian Teachers Federation, says it is equally as important to attract people to the profession who want to make a difference in the lives of young people.

Ensuring a good representation of male teachers is just one factor that his organization looks at.

"There are lots of areas that we would want to have further exploration on," he says. "At different times you would have some of our federations looking at ways to attract men to the profession." 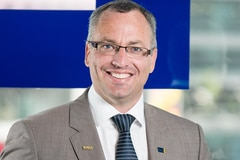 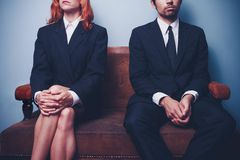 Embracing diversity is uncomfortable – and that’s a good thing
August 25, 2017 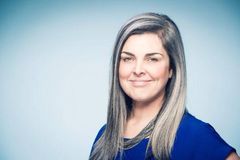