For decades Davis + Henderson Corp. was pre-eminent in one narrow business: printing cheques used by Canadian consumers and companies. But with electronic payments now ubiquitous, D+H has dramatically broadened its horizons, expanding into other services and technologies for the financial sector. It has also been on an acquisition binge – eight in the past five years – including several companies in the United States. Gerrard Schmid, an aerospace engineer turned financial services executive, took the reins as CEO in February, after five years as a senior manager at the firm.

How do you describe what your company does now?

We provide a range of services to retail banking. These are the things behind the scenes that the banks critically depend on to run their business effectively. We apply technology to support the banks with their electronic transactions.

As an example, in the U.S. we are a market leader at providing solutions that allow the banks to offer consumers the ability to apply for a mortgage online rather than walking into a bank branch. In the U.S. market you can go to the website of your local bank, press a button that says, "Apply for mortgage," and then complete the entire application process online. We also take care of student loans, servicing them, sending statements to students, and answering questions about repayments.

How much has the cheque business declined?

We have evolved from a company where 100 per cent of our revenues came from cheques a mere eight years ago, to a point today, where only 40 per cent comes from cheques. [But] our [total] revenues from cheques haven't actually dropped, just the percentage. We have continued to eke out modest revenue growth from cheques, even though Canadians are writing fewer every year.

Is there any future for printed cheques or will they disappear eventually?

Cheque usage peaked in 1990 and it has been on a relatively stable downward trajectory ever since. Is there a point in time when Canadians will stop using cheques? Yes, but I don't believe it is imminent.

I think there is going to be a natural evolutionary decline. The next change [will come] when mobile payments become a lot more mature, and that is still a ways out. You have to ask how quickly Canadian consumers will adopt mobile payments. I suspect my daughter will be an early adopter, and I suspect my mother will be a late adopter.

What can you do to keep the cheque business alive?

There is still a fair bit of room to evolve this business before it goes the way of the proverbial dodo. Today we are helping the banks cross-sell different products to their chequing accounts and credit card accounts, piggybacking off the capabilities that we have on the cheque side. We are selling things such as identity theft protection and credit bureau monitoring. We bundle them in with cheques, and sometimes sell them on a standalone basis too.

Why is the U.S. financial service market such a key focus for your expansion?

The U.S. market, given its scale, is an attractive place to hunt. There are 15,000 banks and credit unions in the U.S, but we have taken a very strategic and concentrated view to serve the community banking and credit union sector, which would be roughly 6,000 to 7,000 mid-sized institutions. They lack scale and they need strong suppliers to work with them.

And the Canadian banks themselves have been expanding into the U.S. We have received calls from them saying: "Hey, we trust you so much in Canada, how can you help us in the United States?"

How has that move into the U.S. diversified your customer base?

We have grown from a business that was largely dependent on seven banks in Canada, to one that serves more than 1,300 banks. It is quite a structural change.

Many Canadian companies have been burned by attempting U.S. expansion. Does that frighten you?

We are very thoughtful and mindful that there has been a long litany of broken track records as it relates to expansion in the U.S. But I would say our foray thus far has been very successful.

Given our roots as a conservative Canadian company, we think long and hard about being disciplined buyers. And we make sure we are acquiring companies in the U.S. that have strong talent themselves, because the market nuances are different. We are mindful of having a strong leadership team in the U.S. – we aren't relying on a bunch of smart Canadians to be smarter than the Americans.

What is the key to managing a series of acquisitions?

There has been a certain cadence to our acquisitions. The sequence has been to do a large acquisition, take our time to integrate it, then do a series of smaller tuck-unders. Once those work, [we] do another larger one.

Also, the culture of the teams that we are acquiring matters an awful lot to us. The alignment between those teams and our Canadian colleagues makes a big difference in giving us confidence as to when we can step out and do the next acquisition.

How did an aerospace engineer like yourself end up in financial services?

Banking and technology have been a thread through the past 17 years of my life. I first started to code reconciliation algorithms for Citibank during its derivative heyday back in the mid-1990s. I then moved on to [consulting firm] McKinsey where I spent a lot of time working in e-commerce and financial services. Then I moved over to the banking side of life, and was chief operating officer of CIBC's retail bank.

Any desire to get back into aerospace?

I am long in the tooth in terms of what is current in the aerospace business. This is the sector that I thoroughly enjoy and it is probably where I belong.

1997-2001: Senior adviser on e-commerce and financial services at McKinsey & Co.

2001-2005: At CIBC, serving as executive vice-president of its retail banking division 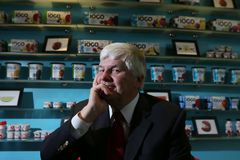 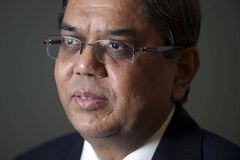 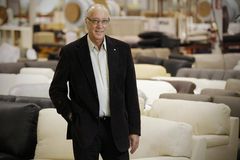