Does your organization have a constitution? Should it?

The instinct is to sneer at the notion. Constitutions are for countries. Businesses are different. But why is something we cherish in the political realm considered out-of-bounds for business?

Some companies are experimenting with constitutions, as bosses give up power – in some instances the absolute power of founders – in an effort to encourage engagement by staff, eliminate bureaucracy, and create greater flexibility. Prominent in their ranks is shoe and fashion website Zappos, where chief executive officer Tony Hsieh, fearing the loss of its entrepreneurial culture as the company faced dramatic growth, turned to an approach called holacracy. It empowered staff to operate autonomously whenever possible, within the bounds of a collaborative organization and an overarching constitution.

Mr. Hsieh was moved by the metaphor of a city and, on a broader scale, modern civil society. "As a citizen, you don't require a benevolent dictator to 'empower' you to act autonomously; rather, the societal framework around you is designed to prevent others from claiming power over you to begin with," Brian Robertson, the consultant who guided Zappos and other companies on their journey into this new land, writes in Holacracy.

In too many organizations, employees have to check things out with the boss before acting. Even in organizations known for empowerment, it's the leader who liberates others, signalling where control lies. In a holacracy, the leader abdicates, managers become irrelevant, and space opens up for people to operate in the best interest of the organization, collaborating with colleagues under the constitutional framework. "The seat of power shifts from the person at the top to a process, which is defined in detail in a written constitution," Mr. Robertson notes.

No, you don't need to be a constitutional scholar to excel. A generic constitution is available as a starting point. At the grassroots level, what counts is the role – or, more accurately, the roles, plural – that you perform. Mr. Robertson fills about 30 roles at the HolacracyOne consulting organization in Spring City, Penn., including training, program design and finance. A role consists of three elements: a purpose; possibly one or more "domains" that the role has exclusive authority to control on behalf of the organization; and a set of continuing activities for which the role is accountable.

Role are dynamic, changing over time. They aren't vague, like traditional job descriptions but clearly defined activities a person handles. They are the organizing structure of the organization.

A holarchy, the basic structure of a holacracy, he says, "looks like a set of nested circles, like cells within organs within organisms. In a holarchy, each part or holon is not subjugated to those above it, but retains autonomy, individual authority, and wholeness. So we've got a holarchy of roles grouped within circles, which are themselves grouped within broader circles, all the way up until the biggest circle, containing the entire organization," he says.

So within the social media circle, there may be a lead link bringing awareness about the broader marketing circle's strategy and messaging, to ensure everyone's aligned. The representative link listens to issues of concern and brings that to the attention of the marketing circle. These links are not managers with authority but connectors and listeners.

Meetings are needed to help deal with issues arising between different roles. But they are crisper than the meetings we are used to. Participants can raise issues for discussion. Each issue is essentially a tension the person has observed, something preventing the role from being effective. Holacracy tries to replace the terms "problems" and "solutions" with "tensions" and "processing." Tension is seen as a more neutral term than problem – less threatening and pointing to an opportunity that can be grasped with some attention and processing.

A key rule is that the group must tackle one tension at a time – you can't add your tensions onto mine, even if they are related, but must wait your turn on the agenda. The individual is asked what he or she needs, the group provides ideas, objections to the preferred direction are sought, and everyone must be satisfied it will work.

It sounds complicated – foreign terrain – but Mr. Robertson has found that groups adapt fairly quickly, as long as there is buy-in, notably from the bosses who must be truly willing to give up their power. There are a few aspects of the system that can be adopted to a traditional organization but it's meant to be used in totality.

Much has been written about the need to ensure greater engagement and flexibility in organizations. Holacracy is an answer to that cry for change. It's not an abstract theory but an active, accepted process in some pioneering companies. The book carries readers in systematic fashion through the elements of the system, giving you a good idea of how it might work in your situation. 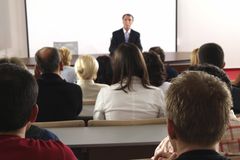