Anyone who has worked with a prima donna – and hasn't everyone? – should study the latest career moves of Kevin Pietersen and Robin van Persie.

Cricketer Pietersen, one of England's best ever batsmen, was dropped from the team last week, accused of sending what the South African-born player admitted were "provocative" texts to the opposing South African team, allegedly denigrating the England captain. Footballer van Persie, Arsenal's captain, was sold to newly listed Manchester United, six weeks after stating on his website that he and the London club's management "disagree on the way Arsenal FC should move forward".

The week after a London Olympics justly celebrated for displays of team loyalty, the two men risk looking like the anti-Olympians. They probably won't care. Pietersen's skills are much in demand in the commercially driven and highly popular Indian Premier League; van Persie stands to receive up to £200,000 ($315,00) a week, directly and indirectly, having signed for Manchester United. However, their cases sum up a dilemma for team leaders everywhere: How hard should they strive to keep star players, and when should they let them go?

The temptation is to seek a definitive black-or-white answer. For example, it is a staple assumption of sports journalism that dissent in the dressing room leads to disaster on the pitch. This is not necessarily true, however – whether in sport, business or any other domain.

Richard Hackman, a Harvard psychologist who has studied symphony orchestras, found that "grumpy orchestras played together slightly better than orchestras in which all the musicians were quite happy," because, as he told the Harvard Business Review, "when we're productive and we've done something good together we feel satisfied, not the other way around". The presumption that harmony is all-important can even undermine performance if talented team members "self-censor their contributions" to keep the peace.

The assumption that a team full of overachieving stars will perform best also turns out to be unfounded, however. A study by Harvard Business School's Boris Groysberg and others looked at sell-side equity analysts and found that the results of the leading research teams started to wane when the proportion of stars rose above a certain level – broadly, the point at which preening individuals' selfishness and their clamour for more pay impinge on the whole team's results. "Don't overspend to recruit high-status employees," concludes this research – a warning perhaps van Persie's new employer should have absorbed.

Mark de Rond of Cambridge's Judge Business School points out that stars often work well in a supportive network of competent performers. As he told me: "People are willing to put up with prima donnas, provided they get a return on [the stars'] performance."

In his new book There Is an I in Team, which draws on examples of teams from sport and business, Prof. de Rond writes that the best are the product of difficult tradeoffs between members' "likeability and competence camaraderie and rivalry". These tensions may be healthy, but that doesn't mean they don't feel awkward, he says. In other words, finding and then managing successfully the optimal mix of stars and team players is not easy. In fact, it is probably harder in business – where the goals are many and the routes to them varied – than in sport, where the goal is clear and team members' efforts and results are easy to observe and measure.

As for van Persie and Pietersen, Arsenal and England should be able to embrace such outsize talents. But the two cases are different – and not just because the Dutch striker is easier to like. "Nobody is angry at me; I'm not angry at them," van Persie said of his parting from Arsenal, and, short-term fan anger apart, it seems to be true. His is just the latest episode in the constant (if expensive) remaking of leading football teams, whose managers, like their business counterparts, strive to balance the benefits of continuity against the advantages of renewal.

Pietersen's rift with England, by contrast, has a more serious cause that will be harder to forgive. As his captain said, the differences with the batsman weren't just about his rogue texting, but related to "a broader issue about trust and respect". When trust in stars breaks down, it is often impossible for the rest of the team to reform around them. 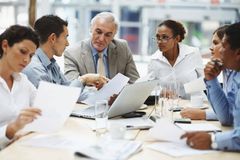 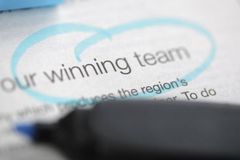 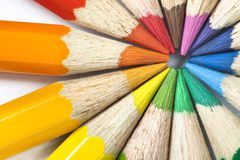 Take a hands-off approach to managing your team
May 1, 2018 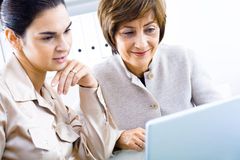 Forced ranking system a poison in the corporate lifeblood
May 1, 2018 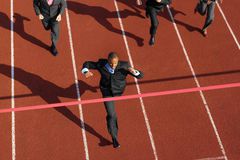 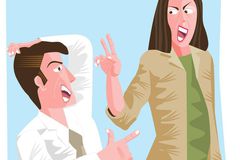