A barrage of harassment and discrimination lawsuits filed recently in United States courts have put Fox News in the headlines rather than behind them. The embattled company is struggling to right itself: star anchor Bill O'Reilly has been ousted and millions in settlement fees paid to victims who accused him of sexual harassment and verbal abuse.

Whether you're an employer or employee, there is much to be learned from the drama playing out at Fox. We've consulted experts in labour, employment law and human resources for their best advice on how to avoid a sexual-harassment disaster in your workplace.

1. DON'T assume your company doesn't have a problem

Maybe you've been reading the Fox headlines and breathing sighs of relief at the contrast with your own company, however large or small, where allegations of sexual harassment have never seen the light of day. That doesn't mean it isn't happening, said Janice Rubin, a Toronto employment lawyer who conducted an investigation into the workplace conduct of former CBC broadcaster Jian Ghomeshi. "Don't assume that you don't have a problem because nobody has made a complaint," Rubin said. "Just because you're not hearing about it doesn't mean it's not happening." There is data to back up her claim: more than one-quarter of Canadians told pollsters for the Angus Reid Institute they had experienced unwelcome sexual advances, requests for sexual favours or sexually-charged talk while on the job, according to a 2014 poll.

Women, the poll found, are four times more likely than men to be harassed at work. But the majority of Canadians – four out of five – said they had never reported the incident at work.

"If you, as a leader, are assuming that all is well because people haven't come forward, that's just wrong," Rubin said. "You have to assume it is going on and people are not coming forward."

2. DO make time for water-cooler talk

When work gets busy, it can be hard to justify time spent lingering over office coffee with employees or co-workers. But you should set aside the time and consider it an investment, said Antoinette Blunt, president of Ironside Consulting Services, a Northern Ontario human resources consultancy that specializes in workplace harassment investigations. "You need to be touching base with your employees – ask them how things are going, be observant of people and cues that something's not great," Blunt said. She encourages clients to ensure they make time for informal, desk-side chatter with employees in addition to more formal sit-downs, such as annual reviews. The result is a solid relationship and good communication lines that will prove helpful – and could lead to a speedier resolution – if a problem does arise. "If you don't have that real trusting relationship with your manager, employees aren't going to come forward when they initially have an issue or concern," Blunt said. "Remembering to engage with people is important."

Companies that get themselves in trouble for not effectively dealing with harassment allegations tend to value profit – and the potential losses associated with nixing a top performer – over people who are victimized. "Looking at one over the other is a big no-no," said Michelle Henry, a partner at the law firm Borden Ladner Gervais in Toronto. "Companies that do that tend to get themselves in trouble. They are not realizing the impact of harassment, whether it is sexual or otherwise, on employees, their mental health, productivity and ultimately the bottom line," she said. The long-term impact of bad math on this is extremely harmful, Rubin said. "The big institutional problems that we're looking at, whether it's Fox News, the RCMP or other organizations that are struggling with this is they find out about this stuff and they don't do anything," she said.

4. DO make it easy for people to bring forward a complaint

In addition to having an intake system for complaints and a process for investigating them, good leaders will make sure employees know how to access it. That may even include an anonymous tip line. "Make it very clear to employees where they go and who they should talk to," Rubin said, adding: "Make it clear what types of behaviour will trigger an investigation. Report back to employees at the conclusion of an investigation." While larger companies tend to have HR departments with harassment-related policies, smaller companies may need to work harder to ensure people understand the process and procedure for dealing with complaints. "No matter what the size of the company, it's important to have dialogue around this," Henry said. "It helps make clear that it is important to you as a company."

Dashing off a quick tweet or Facebook post to vent frustration may seem innocuous at the time, but not only does the Internet never forget, it is usually quick to punish. "Things that are put on social media – on Facebook, on Twitter – are often the most damaging pieces of evidence related to bullying and harassment," Blunt said. "People write things and hit send. Two minutes later when the anger goes down … they are regretful. Well, you've already done it. You've created a level of damage that, prior to the world of social media, just didn't happen."

6. DO keep your hands to yourself

It's advice that your mother likely gave you before you were old enough to remember, but in the context of workplace sexual harassment it is one of the most important things to remember, Blunt said. She recommends extending the policy to include staying out of others' personal space altogether. "Don't lean over someone with your hand on their shoulder to show them something on their computer screen. That makes a person feel very vulnerable," she said, adding: "We don't often think about our body proximity to other people. It could make someone very uncomfortable." Being aware of behaviours that can intimidate, she said, is proactive. Above all, leaders must also walk the walk. "It is critical that people understand how you want everyone to behave, and you have to behave in that manner," Blunt said. "You have to hold everybody accountable to that."

Understanding and employing Bill 132 in the workplace
October 5, 2016 My workplace affair ended in a harassment claim – now what?
October 10, 2016
The pros and cons of office romances
October 8, 2016
U.S. parent firm asked my husband to fire me. What can I do?
April 2, 2017
Employers must pay heed to human rights tribunals
January 6, 2016 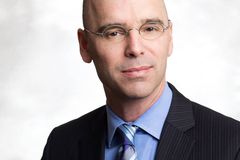