In 2011, when New York Times reporter Charles Duhigg was finishing up his book on the neurology and psychology of habit formation – The Power of Habit, which turned into a runaway bestseller – he became distressed at his inability to meet the many demands before him. His life felt like a treadmill of to-do lists, e-mails requiring immediate replies, rushed meetings and subsequent apologies for being late. He had not taken a day off in nine months and he suspected that his kids, if given a choice between their father and the babysitter, would pick the sitter.

As he scrambled for solutions, he ended up finding the subject for his next book on the science of productivity. We're all mesmerized by the new technologies that were supposed to make our lives easier but only seem to have multiplied the problems. "We've been staring at the tools of productivity – the gadgets and apps and complicated filing systems for keeping track of various to-do lists – rather than the lessons those technologies are trying to teach us," he writes in Smarter Faster Better.

He found those lessons by talking to poker players, airline pilots, military generals, executives and cognitive scientists – people who succeed with less effort and who work for companies that create amazing things with less waste. His book is an excursion into eight areas: motivation, teams, focus, goal setting, managing others, decision making, innovation and absorbing data.

If you're looking for easy solutions, however, you won't find them here. I enjoyed every minute reading this Gladwellian book, but at the end was baffled at how I might practically use it – how to summarize the many eclectic notions for readers or adapt them for my own life. But in the appendix, A Reader's Guide to Using These Ideas, he conveniently helps us, returning to his personal struggles and describing the improvements he has made.

He started with motivation, adopting a key insight that retired U.S. general Charles Krulak used to redesign boot camp for the U.S. Marine Corps by strengthening the recruits' locus of control – exactly what we don't expect in such training, from the movies we watch. The idea is that motivation becomes easier when we transfer a chore into a choice; we gain a sense of control.

Mr. Duhigg found himself stymied by the pile-up of e-mail each evening. But Mr. Krulak had trained the recruits to take any first step when facing a formidable task – something that makes them feel in charge – and because of that, they tend to keep going. So Mr. Duhigg will now write quick one-sentence replies to e-mails and save the draft. Later, he goes back and fills in details, finding it easier to be motivated with one sentence already on the screen. He also tries, in those first sentences, to assert more control. For example, in response to an invitation to a meeting he expected to be long and boring, he wrote: "Sure I can attend, but I'll need to leave after 20 minutes." He also tries to hew to another crucial precept: Self-motivation becomes easier when we see our choices as affirmations of our deeper values and goals.

For goal setting, Mr. Duhigg found it's best if you have a stretch goal, something to spark big ambitions, allied with a more specific goal that helps to form a concrete plan. The latter follows the so-called SMART approach: specific, measurable, attainable, realistic and time related, with a deadline. So he began writing to-do lists, putting at the top his overarching ambition – what he's working for in the long term. "That helped me to avoid the need for 'cognitive closure' that can cause us to become obsessed with short-term, achievable goals," he notes. Underneath, he describes a subgoal and all its SMART components, which forces him to come up with a plan, increasing the likelihood of success.

To counter distractions in chasing those goals, he needed focus, and he took advantage of the fact we learn to focus by building mental models, telling ourselves stories of what we expect to see. "And so, every Sunday night, I got into a habit of taking a few moments with a pad and pen to imagine what the next day and week ought to look like," he explains. He usually chooses three or four things he wants to happen, and then forces himself to answer a series of questions:

What should happen first to pursue the goal?

What distractions are likely to happen?

How will you handle those distractions?

How will you know you have succeeded?

What is necessary for success?

What will you do next?

From poker players, he learned the importance of probabilistic thinking – they might not win a specific hand, but know how often, over time, the decision they intend to make will succeed. To help himself with decision making, he has learned to think of potential futures, the likelihood of them occurring and potential payoffs.

He has become smarter, faster, better. And you can, too, along with enjoying the smoothly written, intellectually stimulating account of his journey into productivity land.

Writer and researcher Maria Konnikova, who produced a delightful book three years ago on how to think like Sherlock Holmes, Mastermind, now turns her attention to cheats and swindlers, and what it tells us about believing, in The Confidence Game (Viking, 340 pages, $36).

The Startup Equation (McGraw-Hill, 301 pages, $44.95) by entrepreneurs Steven Fisher and Ja-Nae Duane tells you how to turn your idea into a business in a book that combines text, lots of graphics, and the equation metaphor.

In Throwing Rocks at the Google Bus (Portfolio, 278 pages, $37) Douglas Rushkoff, a professor of media theory and digital economics at City University of New York, delves into how growth became the enemy of prosperity, and suggests how to optimize every aspect of our economy. 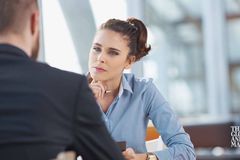 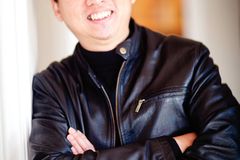